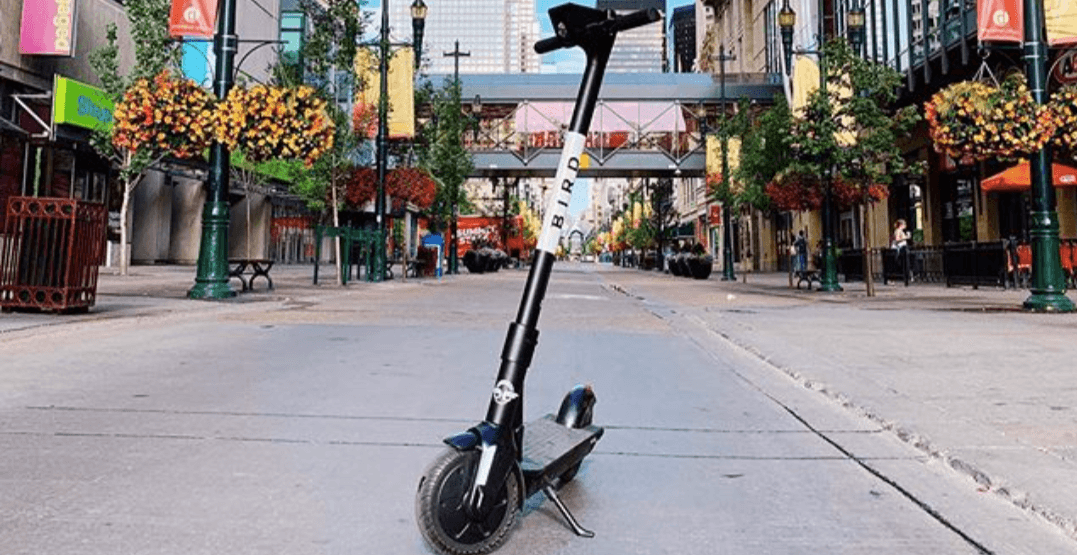 UPDATE: This article has been updated with new price-per-minute information for Bird scooters.

You might have noticed that there are more birds than usual in Calgary… but not the kind that you’d expect.

Bird electric scooters recently launched in Calgary as part of their 16 month pilot program that is running until October 31, 2020.

The Shared Electric Scooter Pilot “focus[es] on sustainability, health, and the environment…and promote[s] an active and healthy lifestyle,” reads a release from the city.

500 Bird e-scooters are on the streets right now, but Bird Canada is looking to add another 500 according to Jodi Echakowitz, from Boulevard Public Relations, in an email.

They’re not the first e-scooters in Calgary. They’ll be joining Lime, a San Francisco-based company, who also launched their share of electric scooters this past July.

We’ve done a short compare-and-contrast below to let you know how they stack up against each other.