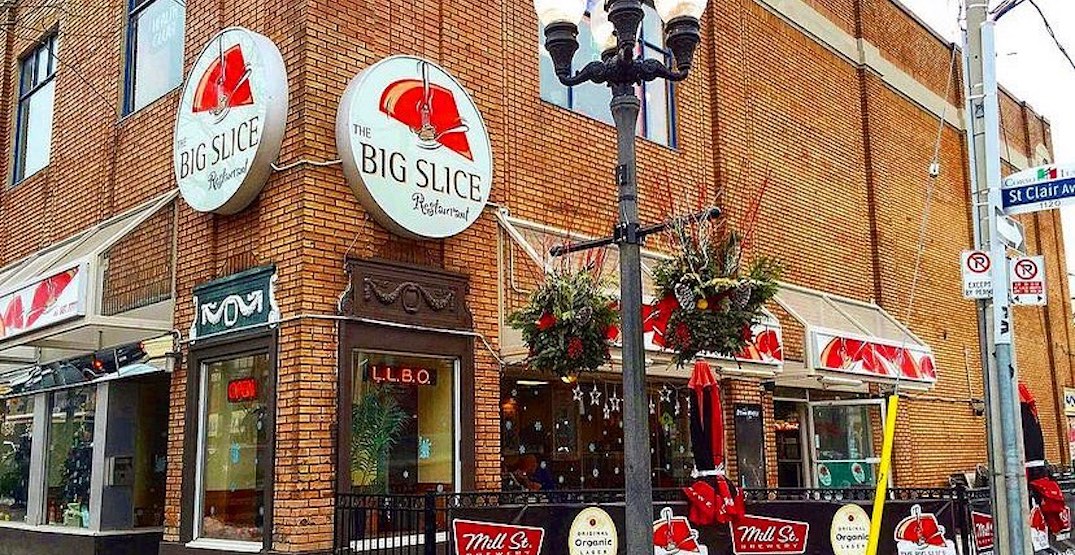 One of Toronto’s most iconic Italian restaurants is moving to a new location and will be temporarily closed until this summer.

Big Slice has been located at 1154 St. Clair Avenue West for over 20 years, but the restaurant closed its doors on May 14 to make the move.

A post shared by The Big Slice Restaurant (@thebigsliceresto)

Big Slice says they plan to re-open just down the street at 1226 St. Clair Avenue West by July 2021.

Big Slice first opened near Yonge and Gerrard in 1981 and moved to St. Clair West in the early’90s. Since then, the family-run business has continued to serve mouthwatering pasta dishes, pizza, and more Italian cuisine.

A post shared by The Big Slice Restaurant (@thebigsliceresto)

Big Slice has yet to set an official date as to when their new home at 1226 St. Clair Avenue West will open.