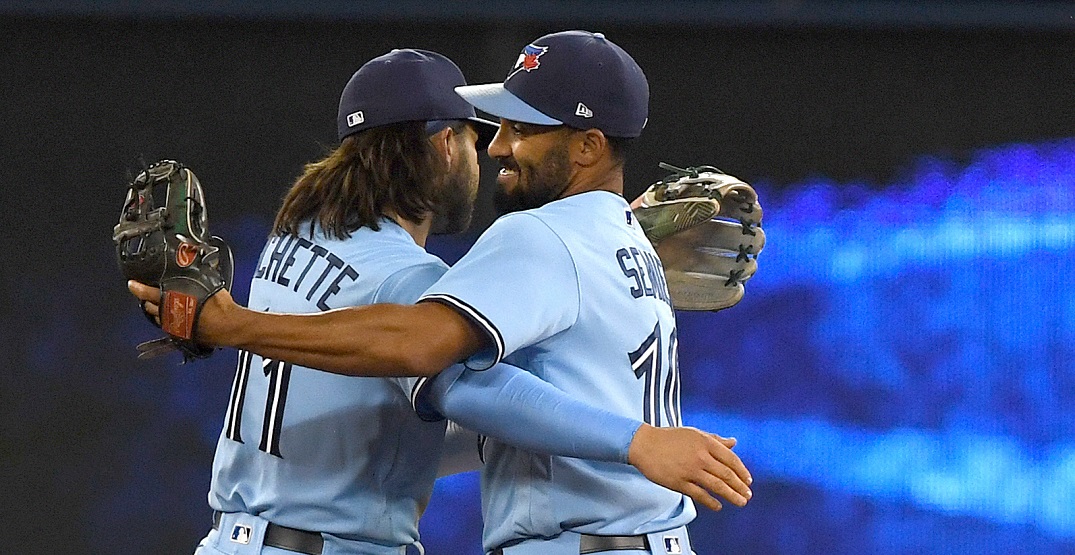 Asked on Sunday following the conclusion of the Jays what he’d learned playing next to second baseman Semien, Bichette simply said “everything.”

“He’s meant a lot to me,” Bichette added.

"Everything… He's meant a lot to me."

An emotional Bo Bichette reflects on what he learned from his teammate Marcus Semien this season. pic.twitter.com/GYSuCd3R06

The answer was short, but there wasn’t much more that needed to be said about what the 23-year-old Bichette could have learned from a 31-year-old Semien.

Bichette and Semien both had remarkable campaigns for the Blue Jays this season. Both players made the all-star game for the first time in their careers, with Semien currently having the fourth-best WAR (wins above replacement) metric in all of baseball.

And yet, with Semien’s free agency pending after signing in Toronto on a one-year deal last offseason, there are no guarantees that the dynamic middle infield duo is set for a return. For now, at least, Semien is saying all the things Jays fans want to hear.

“We had the best offence in the major leagues,” Semien said Sunday, “And the best starting pitching in the game. How could you not want to be a part of that?”