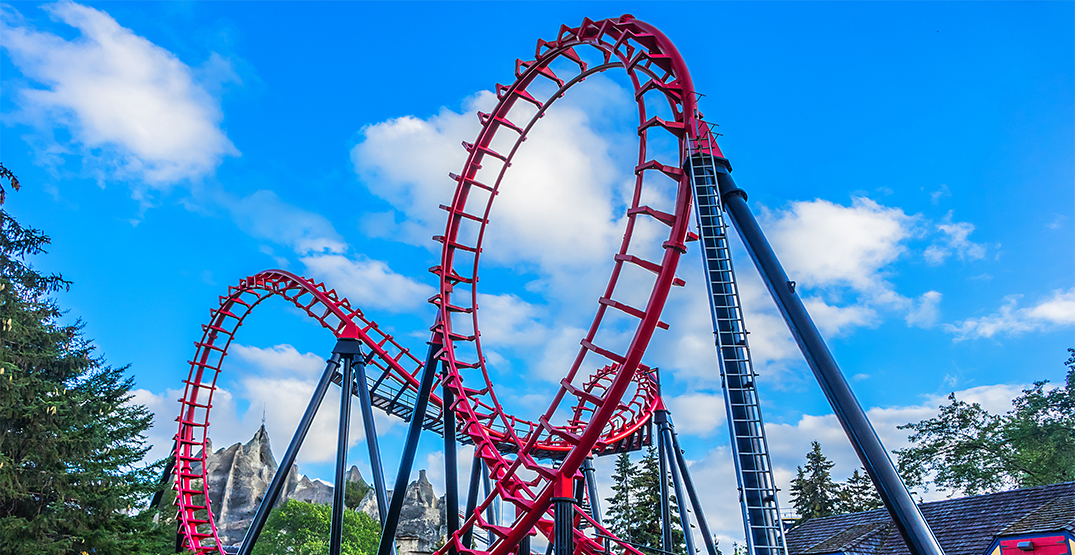 Canada’s Wonderland, just north of Toronto, is the city’s closest major amusement park — and it packs a ton of thrills.

But with long lines and summer crowds, savvy park-goers need to know which rides they’re bee-lining for to make the most of their day.

Here’s our ranking to get you started:

While some may be charmed by this wooden coaster that’s one of the four original rides from when the park opened in 1981, we just can’t get over how bumpy it is. There’s so much rattling on these old roller coasters that you may finish with a headache. We prefer a smoother adventure.

You can find this one on the way to Behemoth, and it straddles the line between relaxing and thrilling nicely. A good one to warm up your stomach for the bigger rides ahead, or to get a nice view of the sunset.

Formerly called Drop Zone, this is the colourful tower easily seen from Highway 400. The gondola brings guests 70 metres into the air before, yep, dropping them. Passengers can reach speeds of up to 100 kilometres per hour. If you’re brave enough to ride this freefall, kudos to you.

This one was charmingly designed after the Mini Coopers used in the classic movie The Italian Job. The jolts on this launch-style coaster pack a decent punch, but it’s still rideable for the whole family.

This one is very chill, making it approachable for many guests. It’s a rotating swing-style ride that brings passengers 91 metres off the ground before spinning them gently for a great view of the Toronto area. Perfect for those who want to get up even higher than Drop Tower without risking any queasiness.

There’s usually a long lineup for this boomerang-style ride, and for good reason. It’s a zippy coaster that has you twist and turn around a loop — before bringing you to a stop and doing it all again in reverse.

This coaster held the title of biggest ride at Wonderland for a long time. And it’s still bringing thrills with its massive first drop that feels like you’re almost not going to make it, before ascending its smaller hills for an enjoyable rest of the ride.

Formerly known as Top Gun, this ride is full of twists, turns, loops, and drops to get your sense of thrill activated. The variety is really what makes this ride awesome. It incorporates many different elements to get those butterflies fluttering in your stomach, instead of just relying on a single big drop.

More is more, and the tallest ride at Canada’s Wonderland certainly gives an epic ride. The blue giga coaster opened in 2012, becoming the highest and fastest ride in all of Canada. Riders will travel up to 148 kilometres per hour, and enjoy a fun helix before the ride is over.

Wonderland’s newest ride, built in 2019, is a 360-degree looping dive coaster that includes a journey through an underwater tunnel and several snappy upside-down flips. It’s three and a half minutes of pure exhilaration. We love this one for its variety, smoothness, excellent views, and thrills.

This ranking doesn’t include the Splash Works waterpark, which is a whole other adventure.