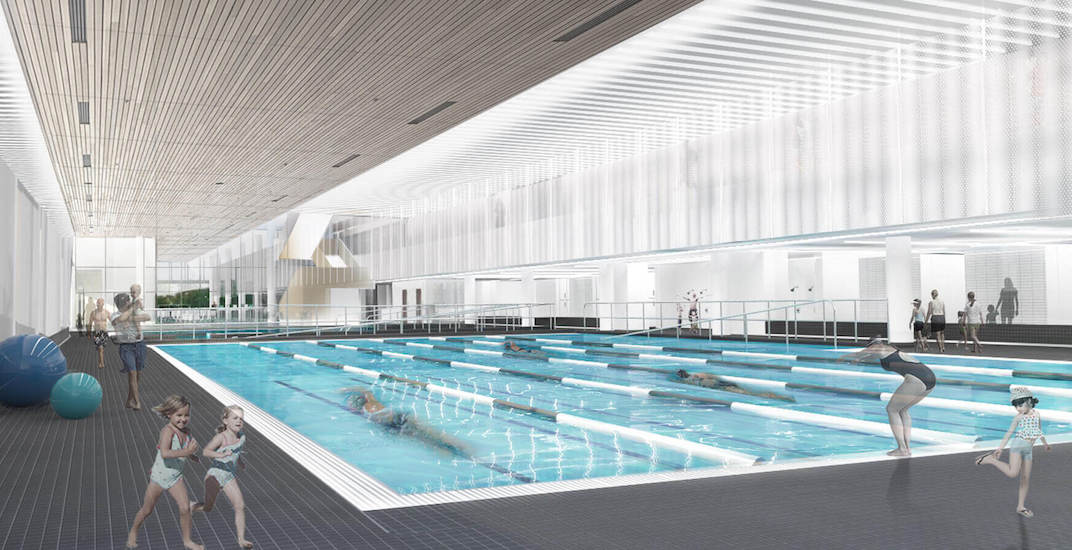 Toronto’s North York area is getting a massive new community and aquatic centre and a unique public park as a part of the community amenity benefits that are being created for the new Concord Park Place neighbourhood.

Vancouver-based developer Concord revealed further design perspectives of the new 209,000-sq-ft Bessarion Community Centre (BCC) today, which will be located on a parcel of land on a former Canadian Tire-owned property – 1011 Sheppard Avenue East – given to the city by the developer for such uses. It is situated immediately adjacent to Bessarion subway station. 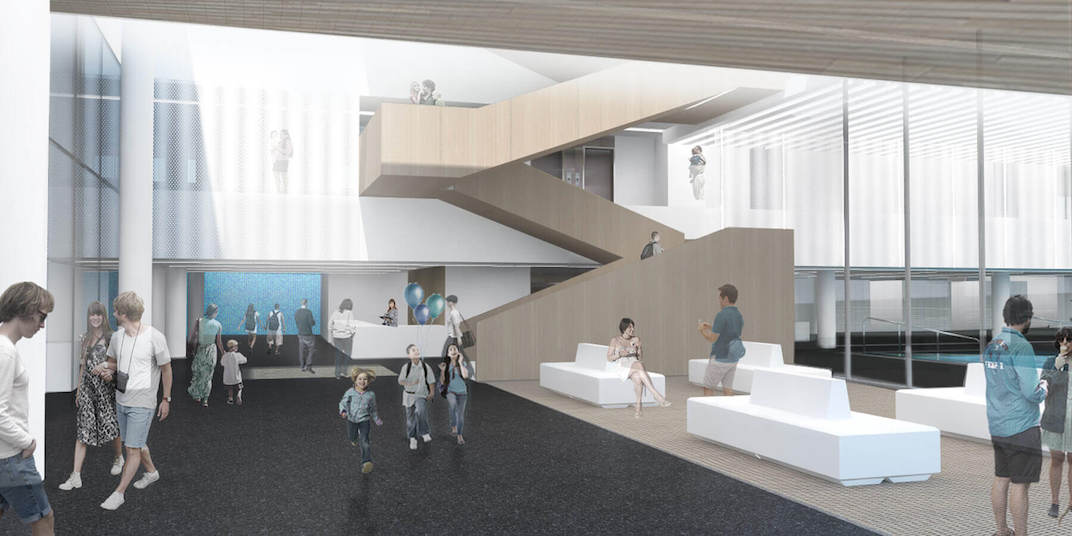 Earlier this year, the City of Toronto awarded an $85-million contract to Eastern Construction Company Limited to build the three-storey BCC. In addition to the land, Concord has also provided funding to cover some of the project’s construction costs.

There is an emphasis on creating an environmentally-friendly building, with a large rooftop solar farm as one of the structure’s green design aspects. 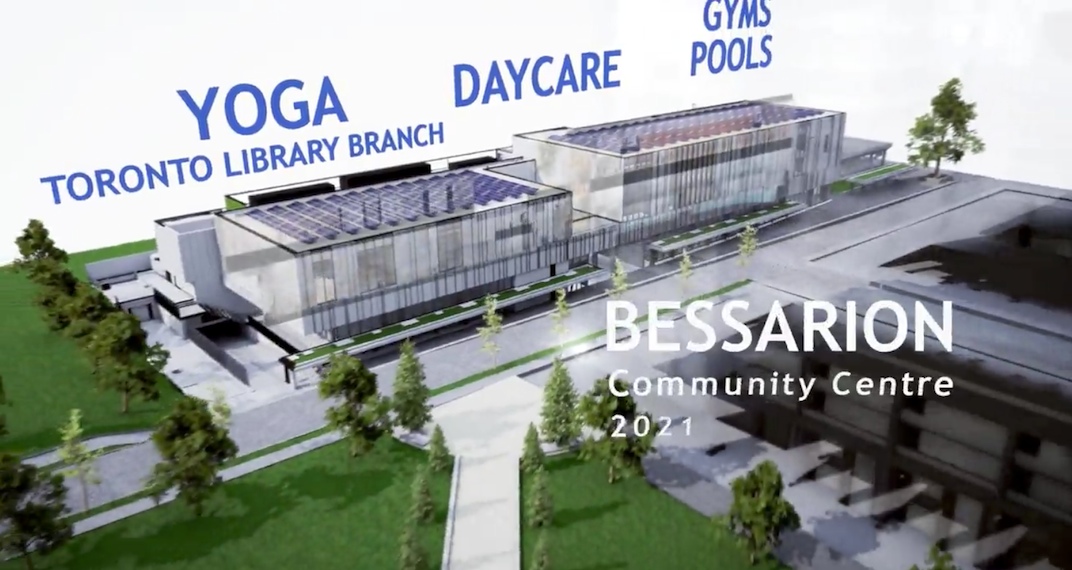 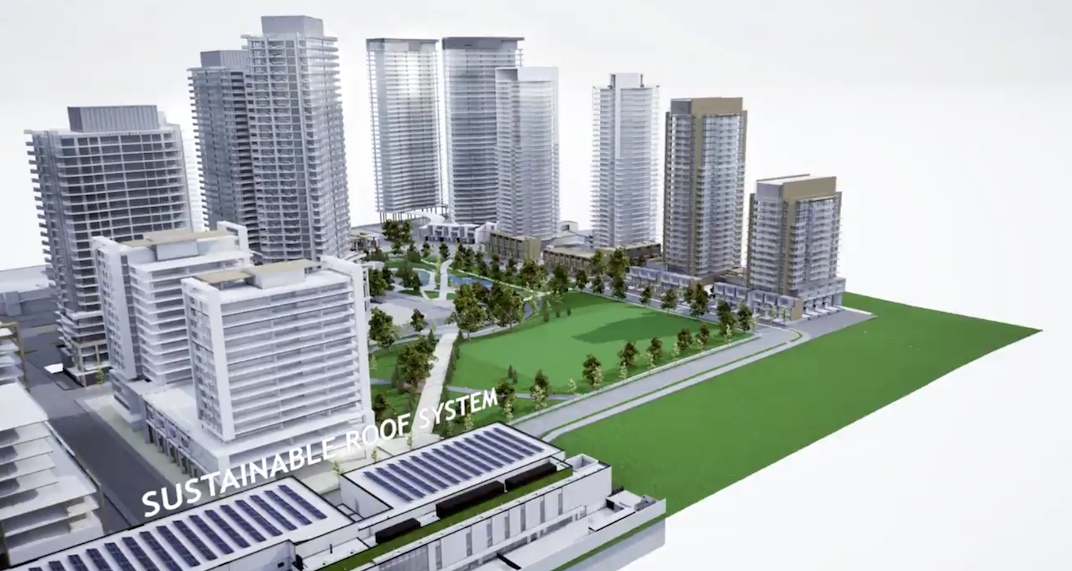 When complete in 2021, this will be the largest comprehensive community Centre in Toronto.

An adjacent eight-acre public park dubbed Woodsy Park currently under construction is slated to open next year, months ahead of schedule.

Overall, Concord Park Place spans 45 acres, and will include over 5,000 homes for as many as 10,000 residents. In addition to the community centre, residents will also have access to private residential amenities such as bowling lounges, billiards room, a tennis court, outdoor fitness zone, swimming pools, gardens, children’s play area, yoga and fitness studios, and indoor courts for basketball, volleyball, and badminton. 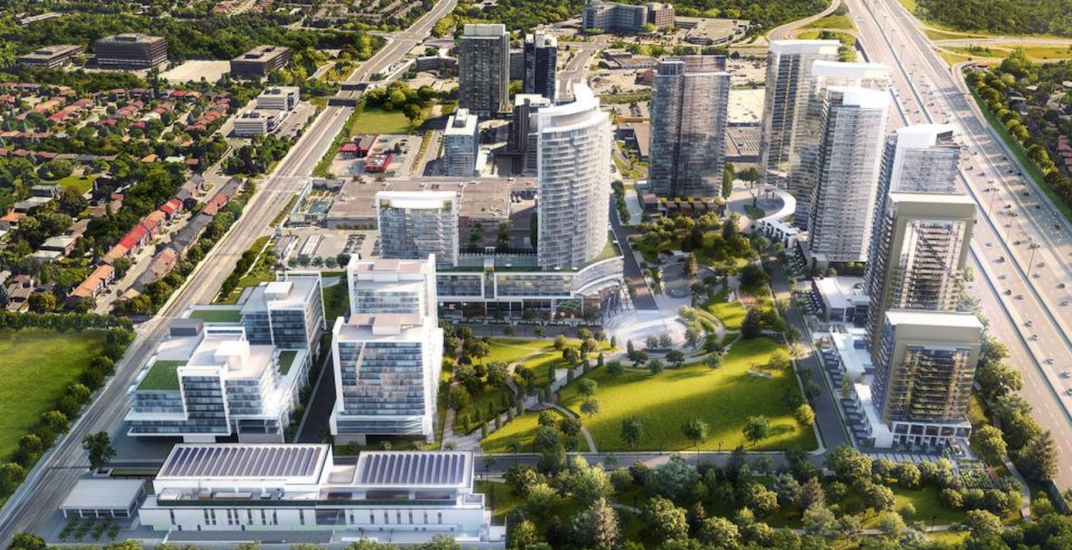