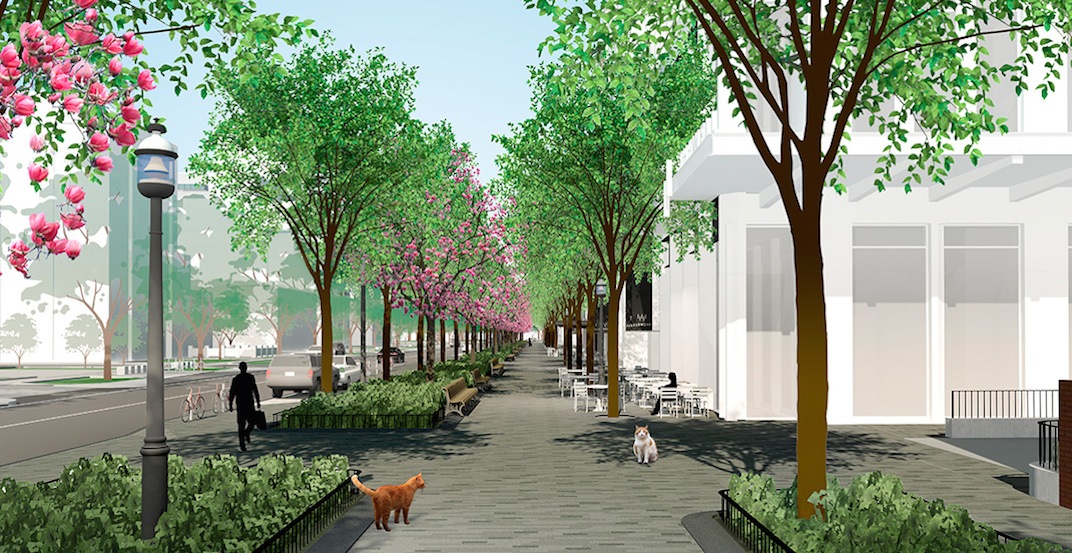 It seems cat lovers will soon have two new outdoor spaces to call their own.

The cat parks will be a counterpart to Toronto’s popular Berczy Park that houses the dog fountain designed by architect Claud Cormier of Claud Cormier + Associés.

The East End May have the Berczy dog park, but the West End is about to get two cat parks. https://t.co/TbTZpniAQ3 pic.twitter.com/S5ZkD7vgYc

The new parks will be part of Cormier’s new huge mixed-use development project ‘The Well‘, which will take up the massive hole along Spadina between Wellington and Front Street. 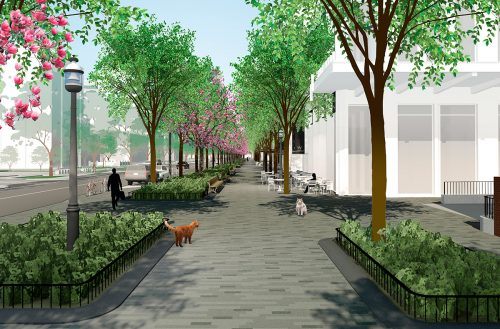 Coun. Joe Cressy, who represents Ward 20, Trinity-Spadina, confirmed the cat parks on Twitter Wednesday morning saying, “the East End May have the Berczy dog park, but the West End is about to get two cat parks.” 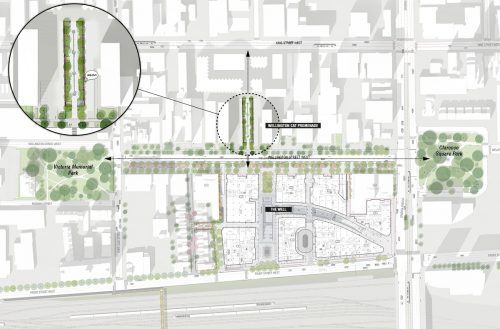 The cat themed-parks will be located in the Wellington Street West and Draper Street neighbourhood, which is just a small section of the sprawling 6.5-acre development, that will feature condos, office space, shopping, and greenery.

The Wellington cat promenade will be enclosed with brick walls featuring mouse holes at the bottom, separating it from the neighbouring properties.

There will also be guardian statues standing on guard at both ends of the park to greet visitors as they arrive.

According to Cormier’s plans, there will be various long benches placed throughout the park, in addition to cat sculptures, bird feeders, water stations, plants like black locusts, and even separate dog zones at either end of the park.

The Draper Street cat park will include similar elements, with other cat statues, greenery, and a communal sitting space.

Construction on The Well began in 2017, and its design includes 1.1 million sq. ft. of office space, 500,000 sq. ft. of retail and food service space, and 1,800 residential units that will be spread throughout seven buildings connected to a three-level retail base.

According to Cormier’s website, development of The Well and the cat parks are scheduled to be completed in 2022.