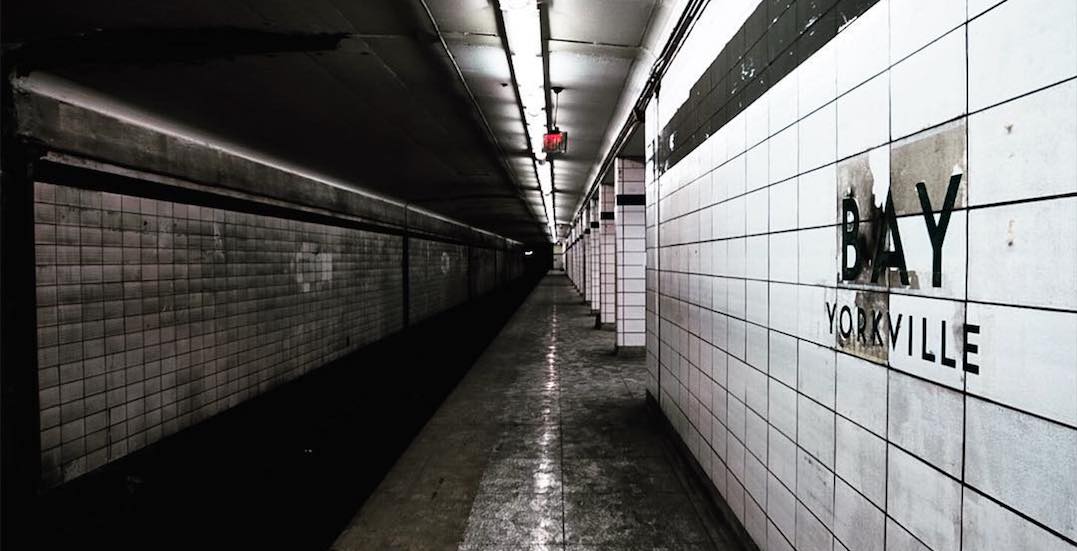 The 20th annual Doors Open Toronto returns to the city this weekend.

And this Saturday, May 25, the TTC is opening the doors to the abandoned Bay Lower Station, which hasn’t been in use since 1966.

While the station hasn’t been open to the public in 53 years, it’s often disguised as an American subway station in numerous movies and TV shows filmed on site.

On Saturday, transit and film enthusiasts can explore the platforms and check out the posters and videos of the many productions filmed there, including Suicide Squad and The Handmaid’s Tale.

In addition to film and TV production, Bay Lower is often used for training, as well as for moving trains and workcars between Lines 1 and 2.

“When Line 2 opened in 1966, alternate trains used the ‘Wye’ connection in Bay Lower that allowed customers to travel from Line 1 to Line 2 without changing trains. The TTC tested this system for six months but customers found it too confusing, and Bay Lower was closed to revenue service,” reads a release from the TTC.

For this year’s Doors Open Toronto event, guests can enjoy the TTC’s People Moving People photography exhibit upstairs at Bay Station, which is a part of the Scotiabank CONTACT Photography Festival, before making their way down to Bay Lower.

Take note that Bay Lower Station is not accessible to those who require an elevator; the only access is by stairs.