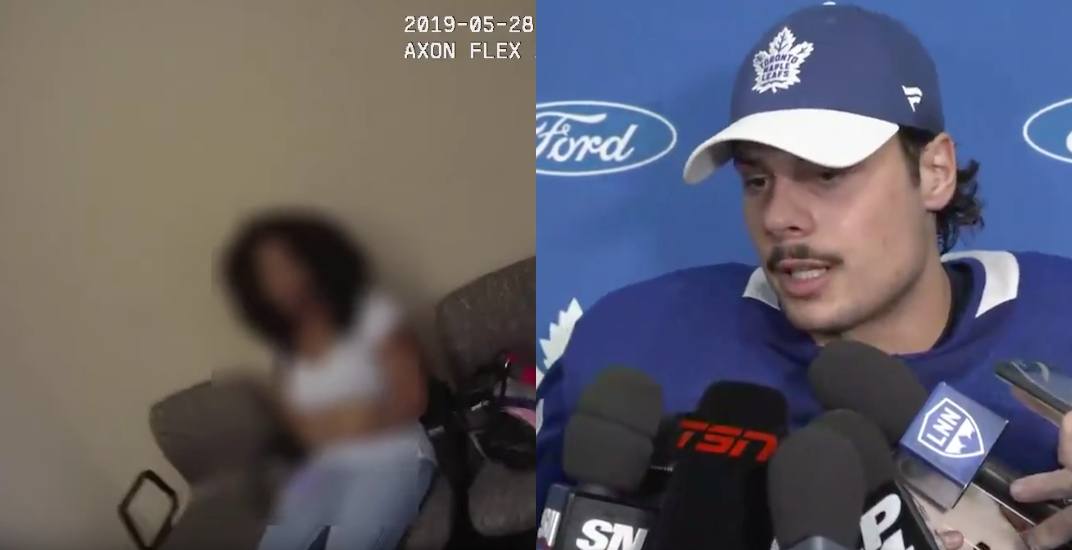 Video was recorded from the police officer’s body cam, with the face of Matthews’ accuser blurred out. The video was timestamped from May 28 – two days after the alleged incident took place.

Here’s the raw video obtained by 12 News in Arizona:

The security guard alleges that Matthews and two friends were intoxicated and harassed her at 2 am while she was sitting in her car doing paperwork. She says the men jiggled the handle of her locked door, as if they were trying to get in.

“I said, ‘Can I help you? What are you doing trying to get into my car?’ I didn’t recognize them at first. They said, ‘Oh, we thought it would be funny to see how you’d react if we all got in your car in the backseat,'” the security guard told the officer.

“They were drunk out their freaking minds but I asked them to leave me the [expletive] alone and they still thought it was funny,” she said, adding that one man (allegedly Matthews), dropped his pants and grabbed his buttocks, though his underwear remained on.