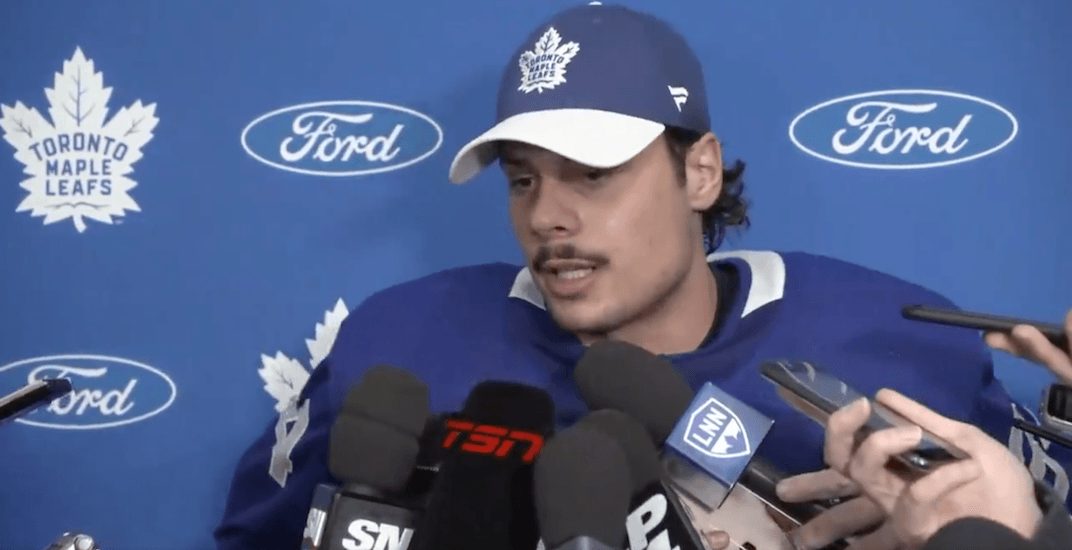 A day after news broke that Auston Matthews had been charged with disorderly conduct in Arizona, the Toronto Maple Leafs superstar spoke to the media.

Speaking at the Leafs practice facility, Matthews didn’t take questions from the reporters on hand, instead giving a prepared statement.

“I regret any of my actions that would ever put a distraction on the team or distress on any individual,” Matthews said. “I take a lot of pride in preparing myself for the season and representing the Toronto Maple Leafs as well as I can. Unfortunately, due to the situation, I’m afraid I can’t make any other comments.”

Auston Matthews spoke to the media about his disorderly conduct charge. pic.twitter.com/DVYHVEiJNJ

Matthews has not been arrested, but has a pretrial conference today in Scottsdale, Arizona that he is not required to (and won’t) attend.

Police said they investigated an incident that included Matthews and several friends playing a prank on a female security officer at a condominium complex, that ended with the Leafs centre pulling down his pants (with underwear on) and grabbing his butt.

The embarrassing incident comes at an especially awkward time for the Leafs, who are expected to name a captain before the regular season starts next week, with Matthews a prime candidate.

Matthews will be in the lineup for this evening’s preseason game against the Montreal Canadiens at Scotiabank Arena. The Leafs open the regular season at home against the Ottawa Senators on Wednesday, October 2.