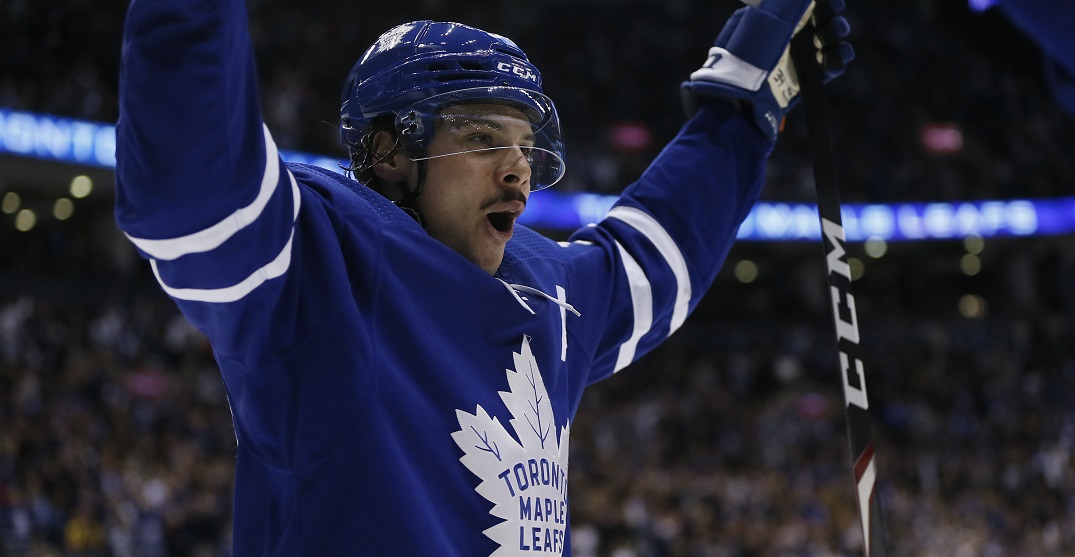 Matthews had been sidelined for about six weeks following a summer surgery on his wrist, and had missed all three of Toronto’s games so far. In his absence, the Leafs went 2-1.

In 52 games last season, Matthews scored an NHL-leading 41 goals, picking up his first Rocket Richard Trophy in the process. He’s just one goal away from the 200 career mark, having picked up 199 in 334 games in a Leafs uniform so far.

Ahead of his return, Matthews skated on Sunday with Nick Ritchie and Mitch Marner, while also taking reps with the team’s first power play unit.

Jake Muzzin took a maintenance day, while Justin Holl missed practice with an illness for the second day in a row, though his COVID-19 test did return negative. Announced last night, Petr Mrazek will be missing at least two weeks with a groin injury suffered Thursday night in Ottawa.

Puck drop is set for 7 pm ET Monday night against the New York Rangers, with the game being broadcast on Sportsnet.