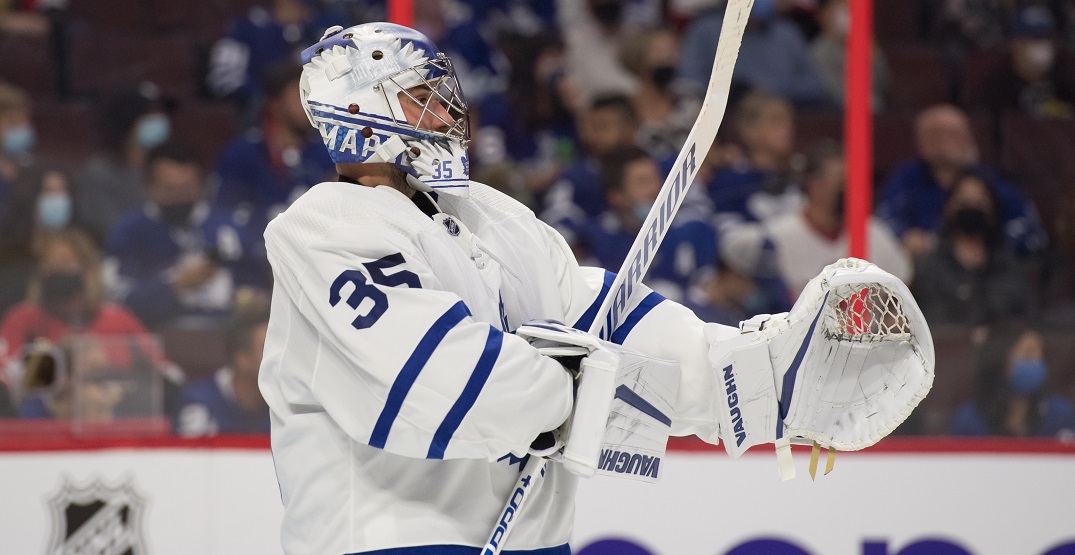 If he sticks to that timeframe, Mrazek will miss six games: home games to the New York Rangers, San Jose Sharks, and Detroit Red Wings, as well as road contests against the Carolina Hurricanes, Pittsburgh Penguins and Chicago Blackhawks.

Mrazek signed a three-year deal with the Leafs this offseason.

After suffering an injury on Thursday night against Ottawa, Mrazek was replaced on Saturday by emergency backup goalie Alex Bishop, who the Leafs signed on an amateur tryout contract.

Bishop is currently a commerce student at the University of Toronto, where he plays for the Varsity Blues’ hockey program.

Thankfully for the Leafs, Bishop didn’t have to go into action in the Leafs’ second contest against Ottawa in three days, as Campbell made 20 saves in a 3-1 victory.

Michael Hutchinson is the likely recall from the Toronto Marlies to be Campbell’s backup for the foreseeable future. With the Leafs being right up against the salary cap and due to the finicky nature of the NHL CBA, they actually weren’t able to bring him up for Saturday’s contest, explaining why they opted for Bishop.

The most sensible split for the Leafs is likely seeing Hutchinson play one of the two games in the Leafs’ next back-to-back on Friday/Saturday against San Jose and Pittsburgh, with Campbell handling the other five games.