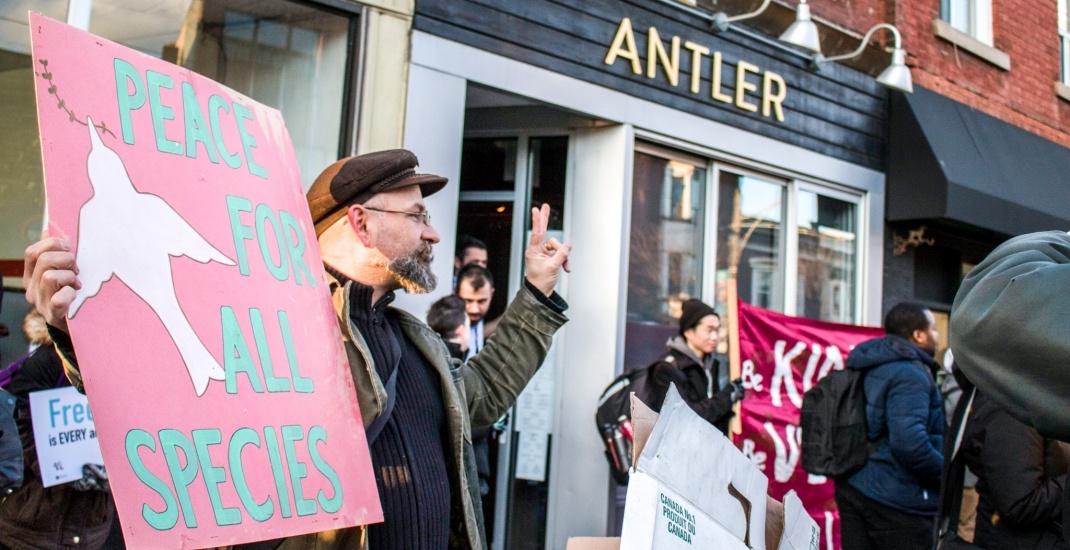 Demonstrations outside the Dundas West restaurant Antler will continue tonight.

It’s the eighth protest outside the restaurant where Chef Michael Hunter now famously butchered a dinner in the window as animal rights activists looked on. 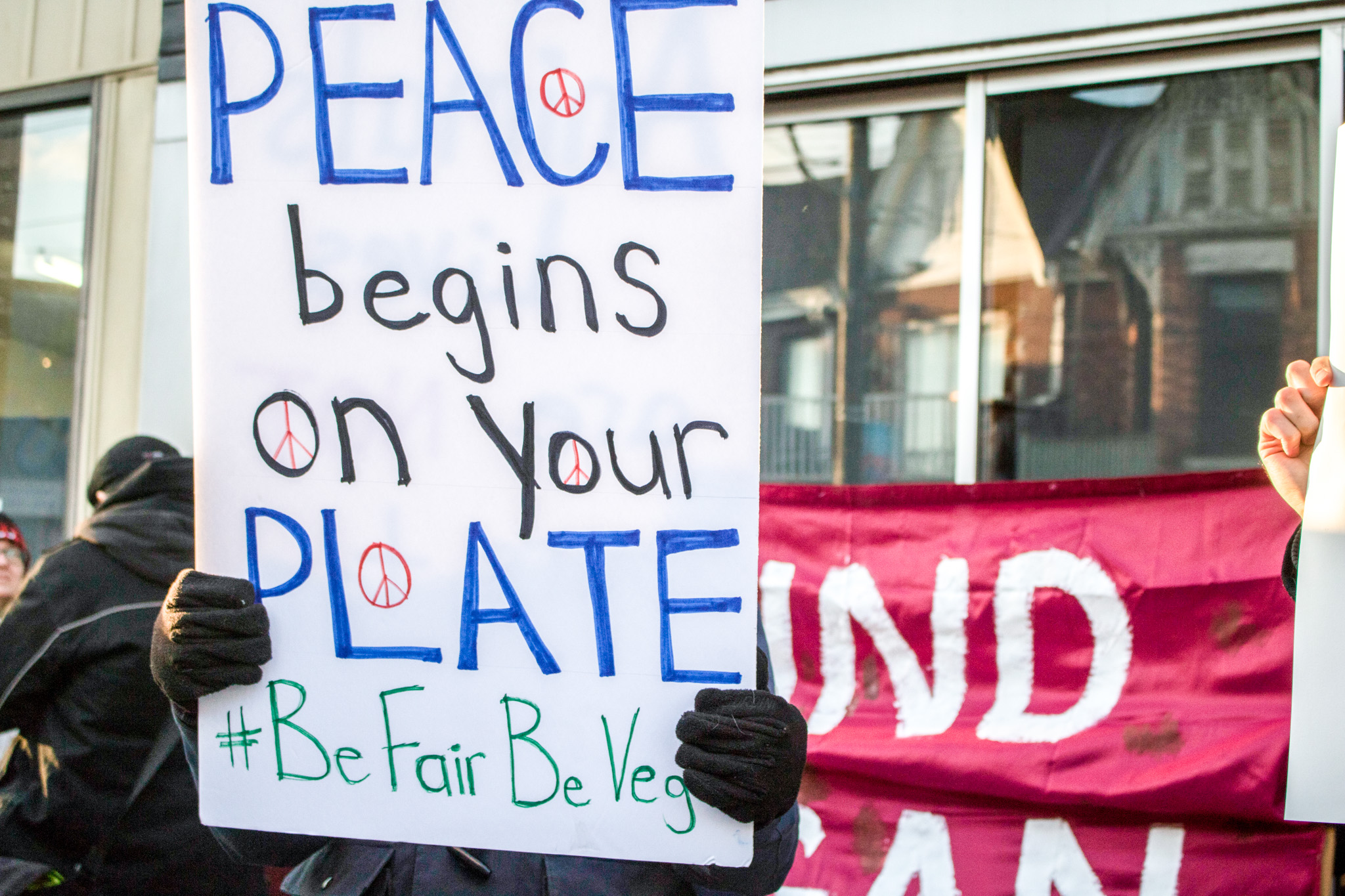 Hunter appeared on The Joe Rogan Experience Podcast earlier this week. The chef spoke to the popular comedian about his stance on meat-eating and hunting as well as the initial incident that attracted attention from animal rights activists: an offending sandwich board advertising that “Venison is the new kale.”

Now organized under the banner Grassroots Anti-Speciesism Shift – GRASS, the group has vowed to continue the ongoing protests unless the restaurant places a sign in the window that reads “Animals’ lives are their right. In their desire to live and capacity to suffer, a dog is a pig is a chicken is a human. Reject Speciesism.”

It’s an ultimatum that Hunter has labelled eco-extortion and doesn’t intend to give in to.