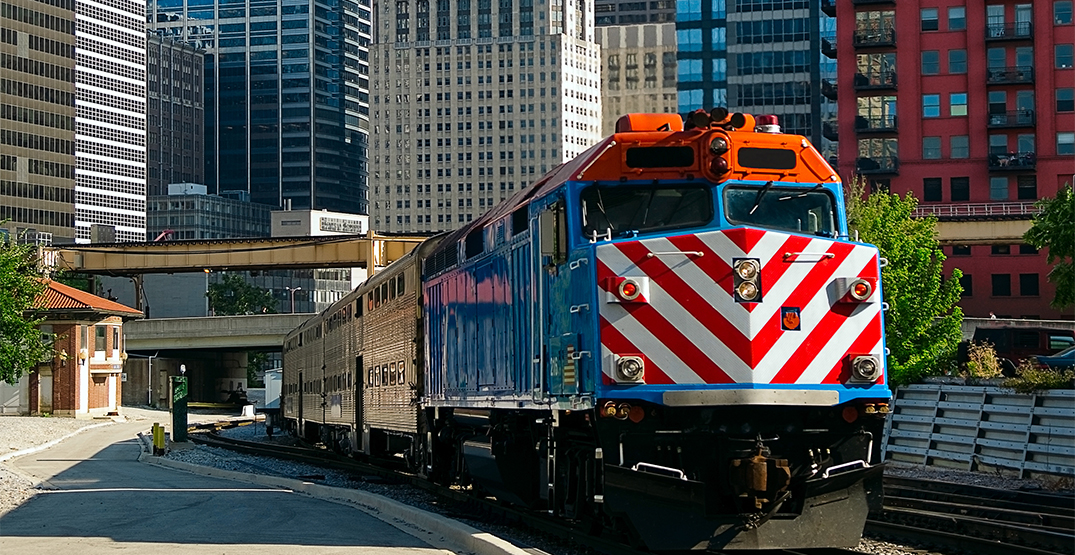 A train in Chicago (Rudy Balasko/Shutterstock)

Amtrak has outlined the stations it wants on its proposed rail line connecting Toronto with Detroit and Chicago.

The new route could add another transport option for people in Toronto looking to cross the border. With several Ontario university towns along the route, it could also be an easy way for university students to travel between home and school.

These are the proposed Canadian stops on the potential new line:

After crossing the border, the train would continue through these American cities and towns: 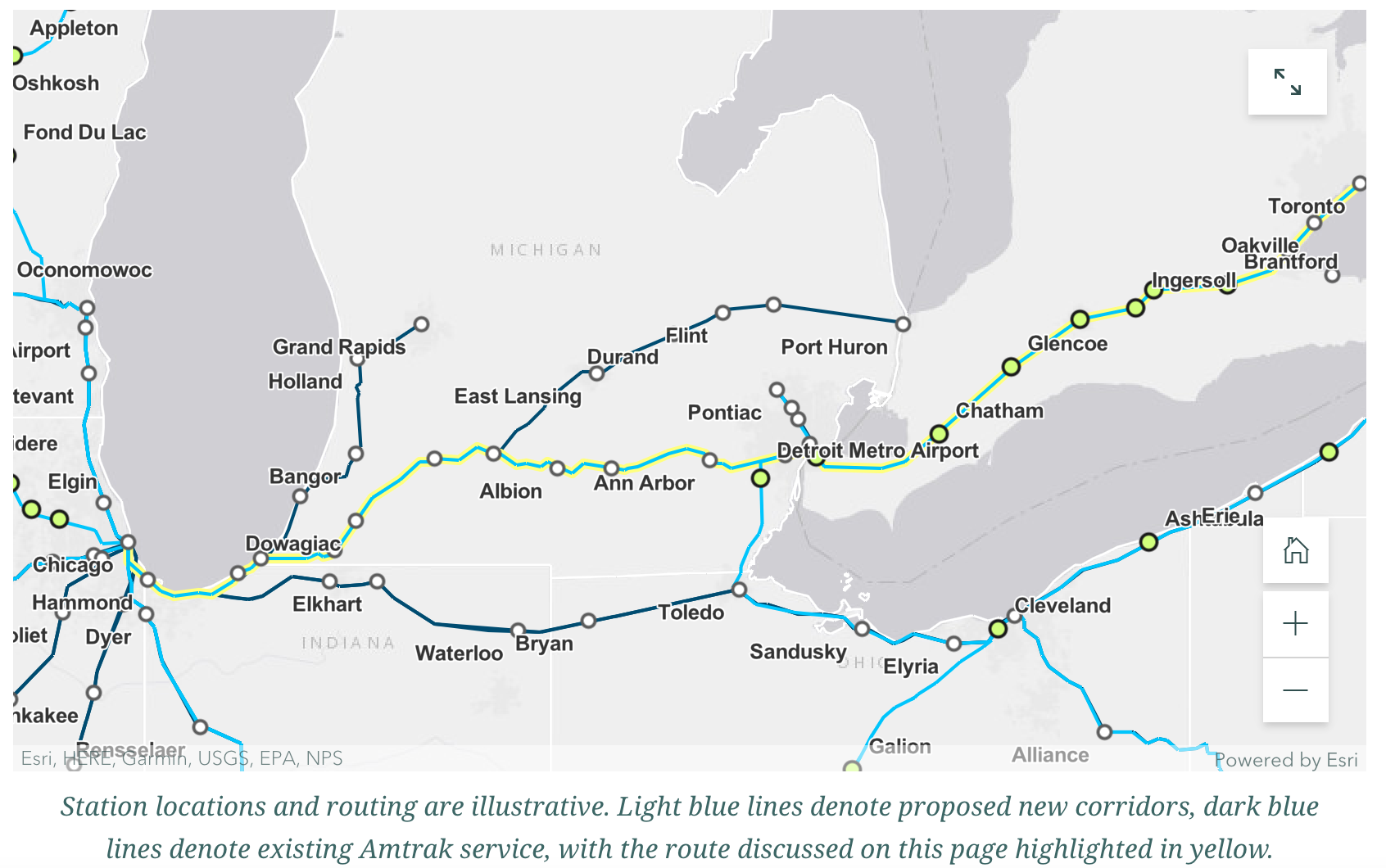 The three major cities together house 17.6 million people, and Amtrak foresees economic benefits from connecting them — especially since Toronto is home to many growing companies.

The last time Toronto and Detroit had direct rail service was 1967, according to Amtrak. It also envisions its new train line as a way to reduce reliance on cars in Chicago and Detroit.

The new train line is far from a sure thing though.

Amtrak has said that enhanced federal funding would be required to implement the planned routes. The budget plan will first have to pass through the US Congress before it can be officially approved.

The company also proposed a new line from Montreal to St Albans, Vermont, in its 2035 Vision laid out in April.