UPDATE: Riya has been found dead in Brampton. Her father has been arrested.

An Amber Alert has been issued for 11-year-old Riya Rajkumar.

According to the Peel Regional Police, Rajkumar was abducted by her father, 41-year-old Roopesh Rajkumar.

Comments have been made by the father to cause harm to both him and his daughter.

Riya is described as being 4’0″ and 60 lbs with a thin build and below-the-shoulder black hair. 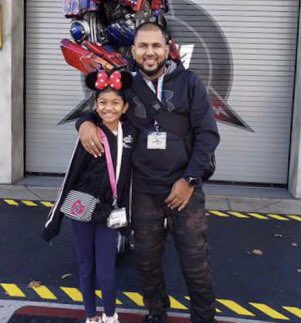 She was last seen wearing a pink dress with hearts, black boots, black tights, and a black jacket with a fur-lined hood. She was also seen carrying a black and white purse with a pink heart and an R on it.

Rajkumar is said to be operating a silver, two-door Honda Civic with license plate: ARBV 598.

The two were last seen at Hurontario Road and Derry Road in Mississauga.