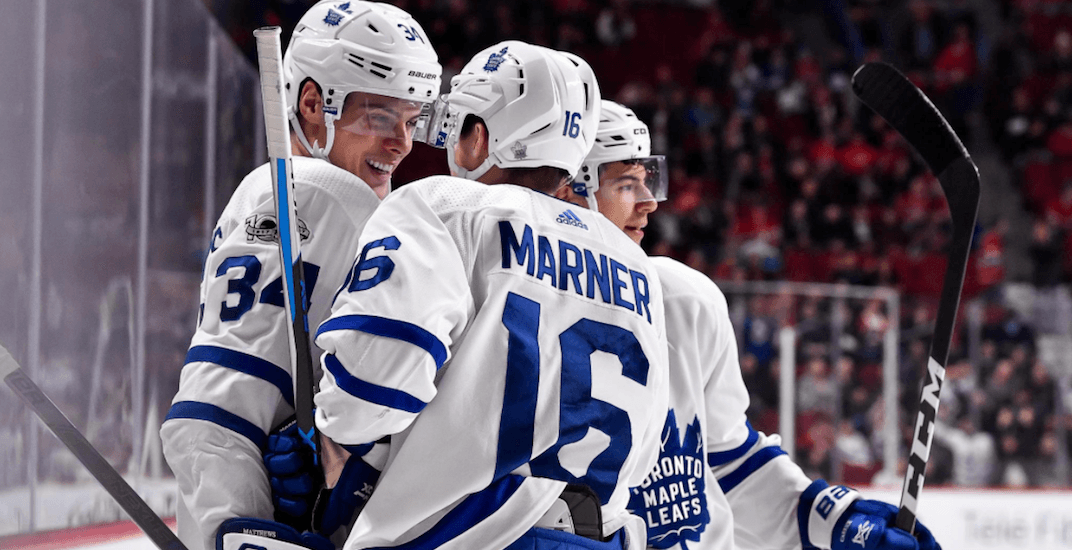 Do you remember what it was like being a Toronto sports fan in 2011?

Of course you do. It sucked.

Every major pro sports team from this city missed the playoffs.

The Raptors finished the season with a record of 22-60. The Leafs had their best season in years, but still finished well back of the playoffs. The Blue Jays were nowhere near postseason baseball with an 81-81 record. Even Toronto FC and the Argos missed the playoffs.

You get the point.

That’s why it must be extra satisfying to see what’s going on with the Toronto sports scene these days.

The Maple Leafs have won six in a row, and are coming off a 6-0 thrashing of the Montreal Canadiens at the Bell Centre. They’ve done it primarily without Auston Matthews, who reminded everyone how damn good he is with two goals in his return to the lineup on Saturday.

In goal, Frederik Andersen was just named the NHL’s second star of the week.

The Raptors have a weekly award winner too. DeMar DeRozan was just named the Eastern Conference Player of the Week.

And his team? After a middling start, the Raptors are red hot, having won four in a row, including a win over the West-leading Houston Rockets on the road.

Mitch Marner on becoming #ArgosFootball fan this Summer: "Grew tight with a couple of them on the team & obviously it’s great seeing what they're doing right now. It’s going to be exciting Sunday."

The Toronto Argonauts are on a roll at the right time, qualifying for the Grey Cup after a thrilling last-minute win in the Eastern Final. They’ve won three in a row.

The entire year has been a celebration for Toronto FC, who are the class of Major League Soccer. Their last match was technically a loss, but it felt like a win because they did enough to get past New York Red Bulls and into the Eastern Conference Final. They’re just two games away from a return to the MLS Cup.

It’s the offseason for the Blue Jays, so we can thankfully give them a pass for now.

I wouldn’t put them into the ‘major pro sports team’ category, but heck, even the Toronto Marlies are on fire these days.  The baby Leafs have won four in a row and lead the AHL in wins.

Even the Toronto Rock, who haven’t started their season yet, are 1-0 in preseason.

So yeah, it’s a pretty good time to be a sports fan in Toronto these days.