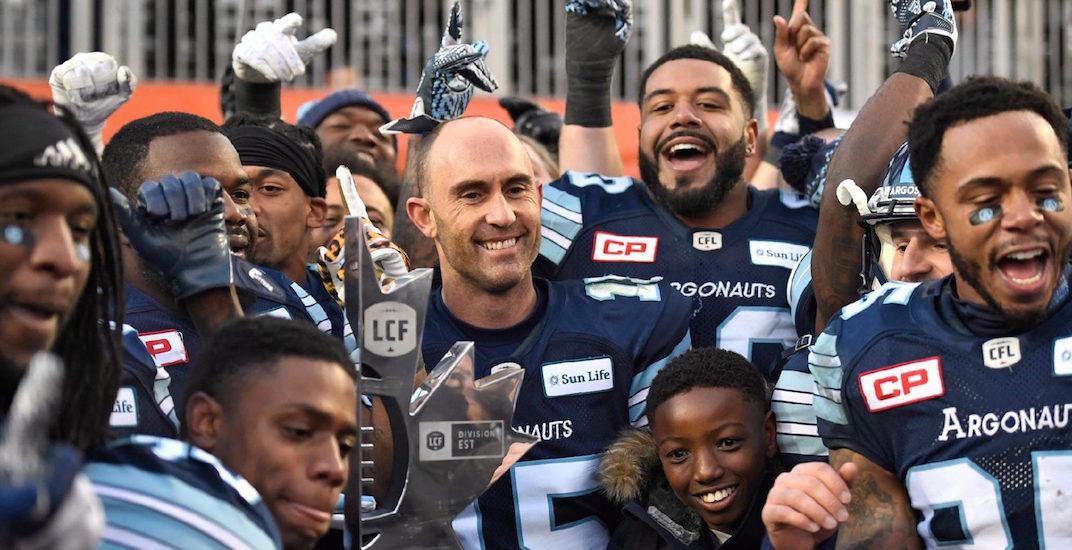 It was a CFL classic.

Up 17-3 at half time of the Eastern Final, the Toronto Argonauts were in full control. Up 18-3 in the fourth quarter, they looked like they had it in the bag.

Then the Saskatchewan Roughriders staged a comeback for the ages.

Making a switch at quarterback, Brandon Bridge helped Saskatchewan get back into the game. Before you knew it, the Roughriders were leading 21-18 with less than three minutes left to play at BMO Field.

Christion Jones has just given the @sskroughriders the lead with less than three minutes to play! Could this be the #Riders ticket to Ottawa? @TorontoArgos trail by 3!#RiderPride #CFLPlayoffs pic.twitter.com/0qW5Cbt3Z3

The 38-year-old star quarterback helped lead a game-winning drive, which included converting on a third-and-five. Cody Fajardo scored the game winning touchdown on a one-yard run with under a minute remaining.

After giving up the lead on a punt return late, Ricky Ray and the @TorontoArgos drove down the field to take it back. See you in Ottawa next week, Argos win!#ArgosFootball #CFLPlayoffs pic.twitter.com/chvozZMVgB

Toronto won the game 25-21 and will head to Ottawa for the Grey Cup next Sunday where they’ll play the winner of the Western Final between Calgary and Edmonton. This is the Argos’ first visit to the Grey Cup since 2012, when they beat Calgary at Rogers Centre.