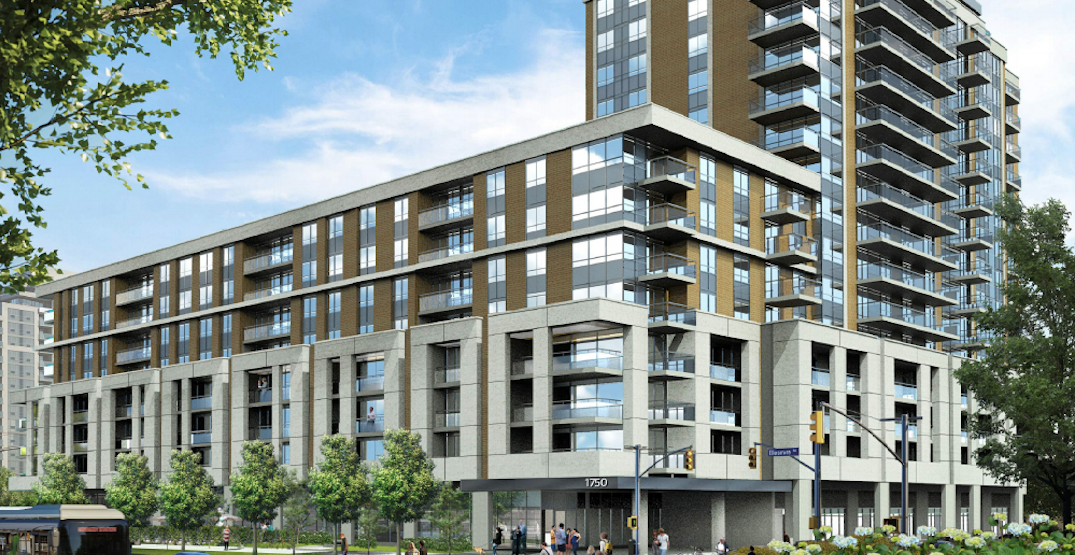 A developer has set its sights on bringing a new 15-storey affordable housing development to Scarborough.

The new building, which would be located at 1750 Ellesmere Road, just east of McCowan, would bring 242 affordable units to the area, according to plans filed with the City in November.

The plans are an updated version of previously filed plans, and they included some noticeable changes. An earlier version, filed in 2019, had called for just 150 affordable rental units to be constructed, and for the existing low-rise commercial building that currently occupies 1744 Ellesmere — one of the parcels of land that will be used in the development — to remain in use. 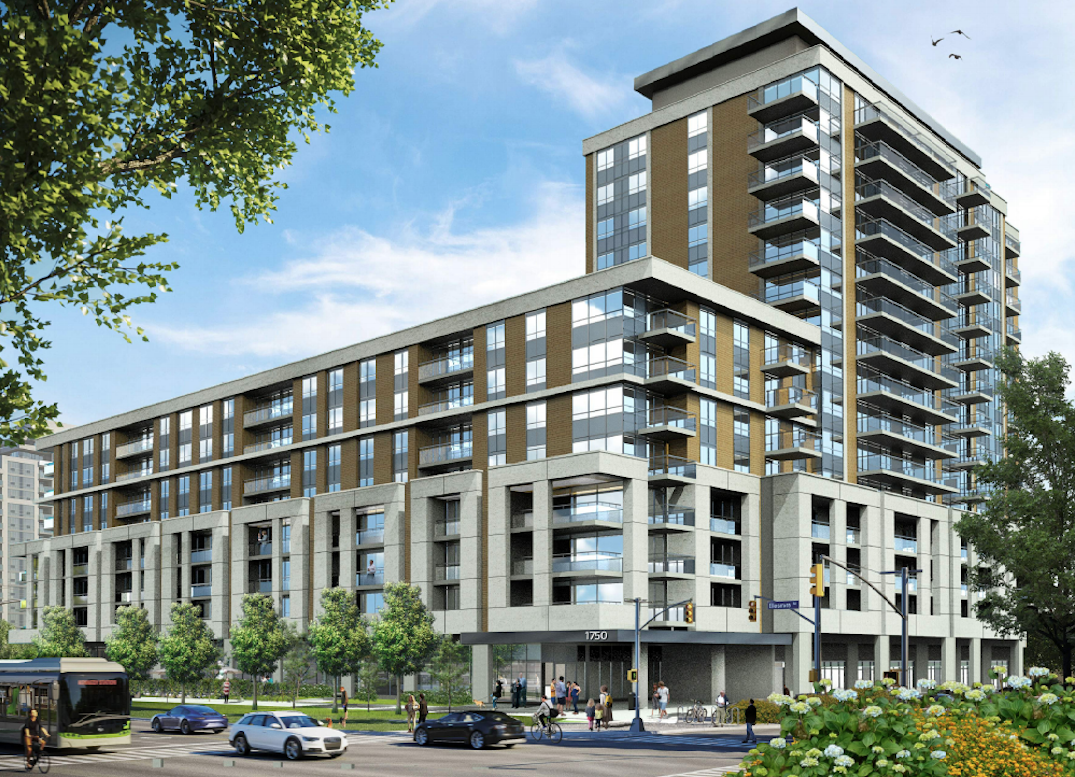 Updated plans now exclude the existing commercial building and instead added 92 additional affordable housing units, bringing the total to 242. The units will range from studios to three-bedrooms.

In a letter submitted with the updated plans, Cynthia Bird, senior development manager at Greenwin, a residential property management firm involved in the Scarborough affordable housing project, said that the additional units were added after the “Toronto Housing Secretariat has expressed their support for these additional units.”

“The additional affordable rental units shown on the revised site plan will assist in alleviating Toronto’s record low vacancy rates,” Bird wrote. “As you are undoubtedly aware, the extreme shortage of affordable rental housing units in Toronto has only been exacerbated by the COVID-19 crisis.” 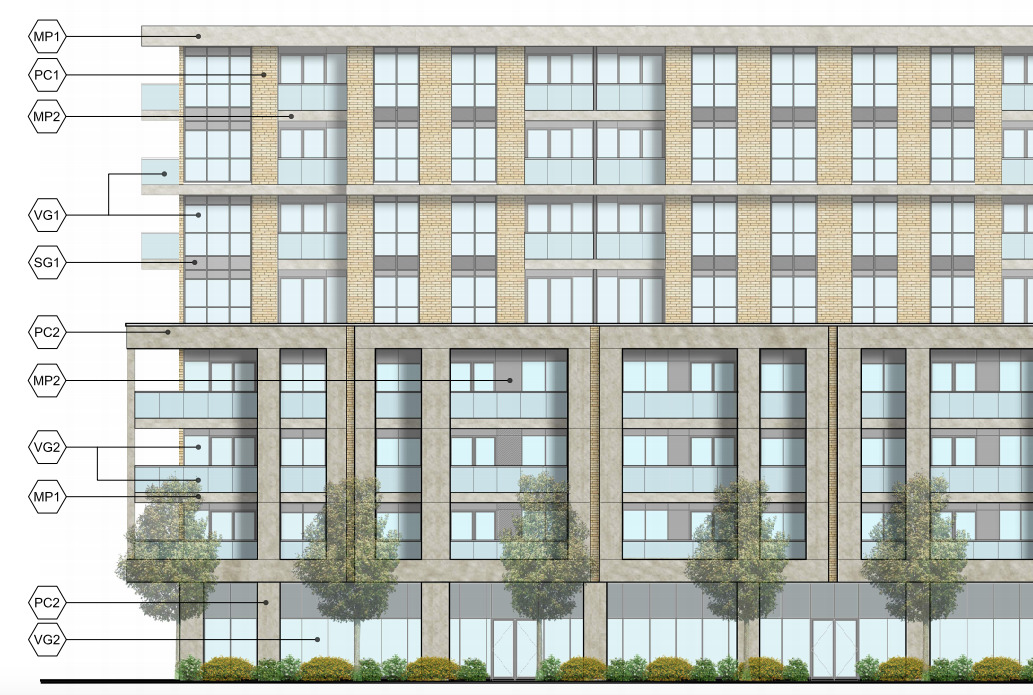 The new plans also show that the L-shaped building will have several amenities, both indoors and outdoors, including a ground floor multipurpose room, a green roof, and a laundry room with a lounge. Underground, there will be 80 parking spots for residents.

The developers, Verdiroc Development Corporation, are still awaiting approval on the new plans from the City, which they’ll need before they can start building the affordable housing.