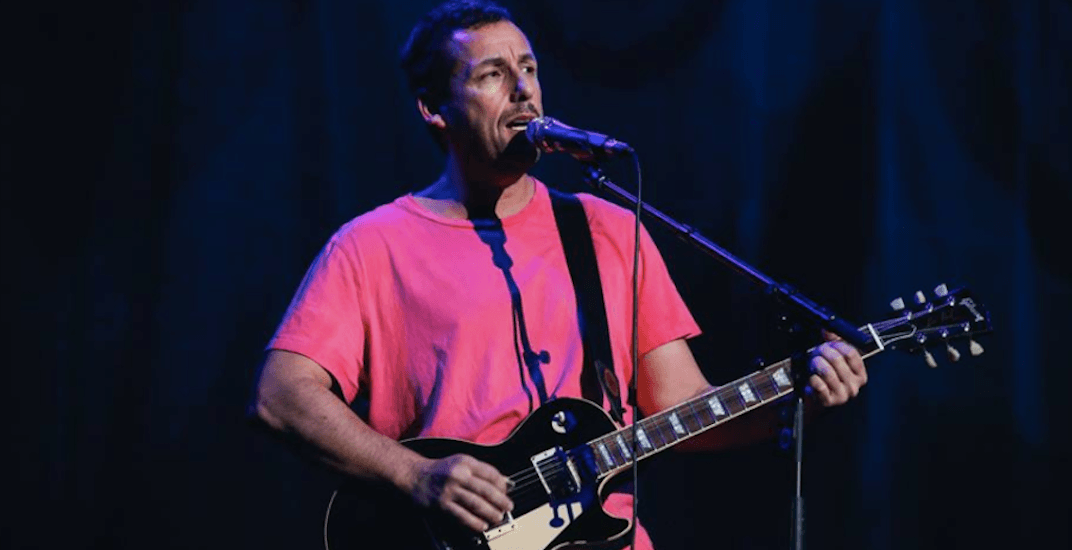 Legendary funnyman Adam Sandler is bringing his hilarious antics to Toronto this spring.

The actor, writer, producer, and musician will be travelling across North America this year with his 100% Fresher tour.

The 18-date tour kicks off June 1 in Chicago and includes amphitheatre stops in St. Louis, Toronto, Atlanta, Holmdel, and more.

Sandler’s tour will stop in Toronto on Friday, June 7 at Budweiser Stage.

Beyond his beloved standup, Sandler’s films have grossed over $3 billion worldwide. His newest film Murder Mystery will stream on Netflix June 14, with an all-star international cast including Jennifer Aniston and Luke Evans.

Sandler will also star in the Safdie Brothers’ Uncut Gems out later this year.

Tickets: On sale to the general public starting Friday, March 29 at 10 am local time through Live Nation.