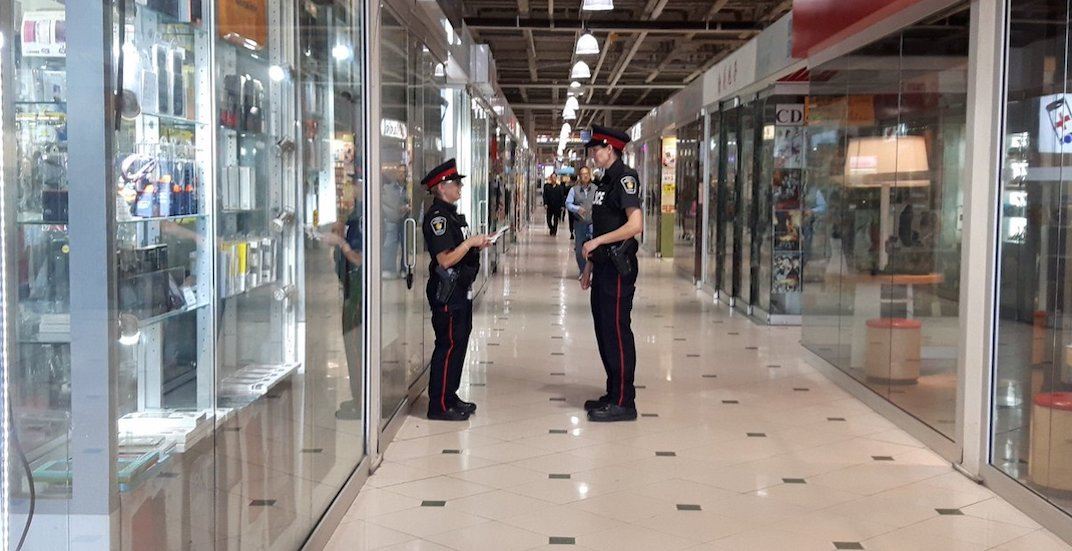 Nearly a year after York Regional Police seized thousands of counterfeit items from Pacific Mall, arrests have finally been made.

In spring of April 2018, police say they began an investigation after receiving reports of counterfeit goods being sold at Pacific Mall, located at Kennedy Road and Steeles Avenue in Markham.

Just two months later, more than 30 police officers executed search warrants at seven retailers within the mall and at the residence of an owner of one of the kiosks.

Officers seized luxury items, including clothing and handbags, which police thought to be counterfeit. Cash was also seized from the home, according to police.

In August, investigators met with brand representatives from companies such as Adidas, Chanel, MCM, Louis Vuitton, Supreme, Dior, Givenchy, and Cartier, among others. The majority of the merchandise was determined to be counterfeit.

After more than a year-long investigation, officers have laid charges against eight people.

Markham residents Xiaoting Du, 32, Jing Sun, 55, Siwen Sun, 29, and Toronto residents Xie Min Wu, 55, Jie Ni Lai, 39, and Yi Long, 31, have all been charged with knowingly or recklessly making false representation to the public and selling or distributing goods in association with a trademark.

Du has also been charged with possession of proceeds of crime.

York Regional Police are now thanking the New York Police Department, along with the Department of Homeland Security, and Canada Border Services Agency for their assistance with this investigation.