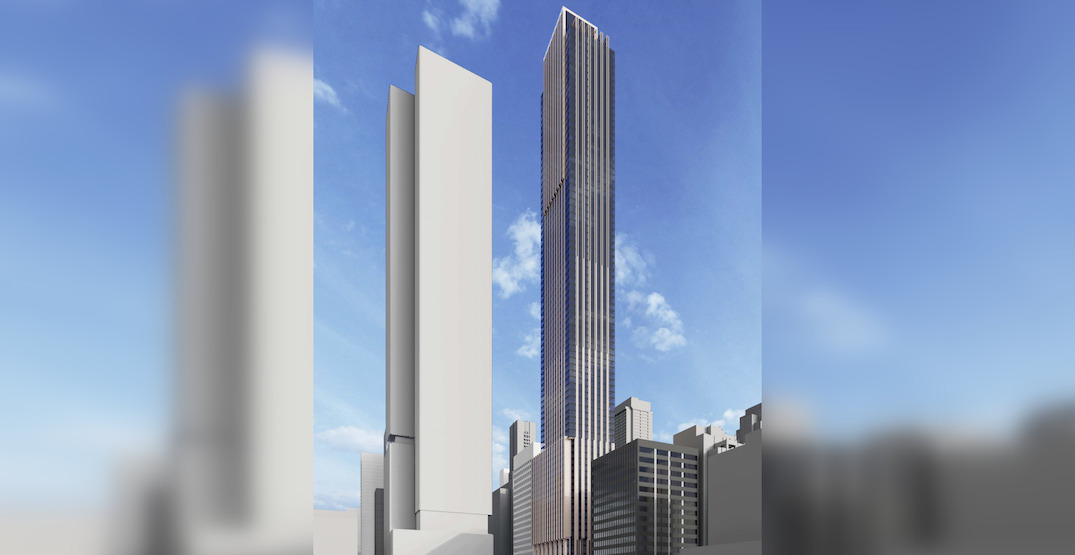 Developers are eyeing the southwest corner of Toronto’s Bay and Bloor streets for a gargantuan 79-storey tower that would bring a whopping 1,118 residential units to the area.

Plans filed with the City of Toronto call for the tower to go up at 83-95 Bloor Street West — a series of lots west of Bay that are currently home to several low-rises, including a pair of 88-year-old Victorian-style buildings. 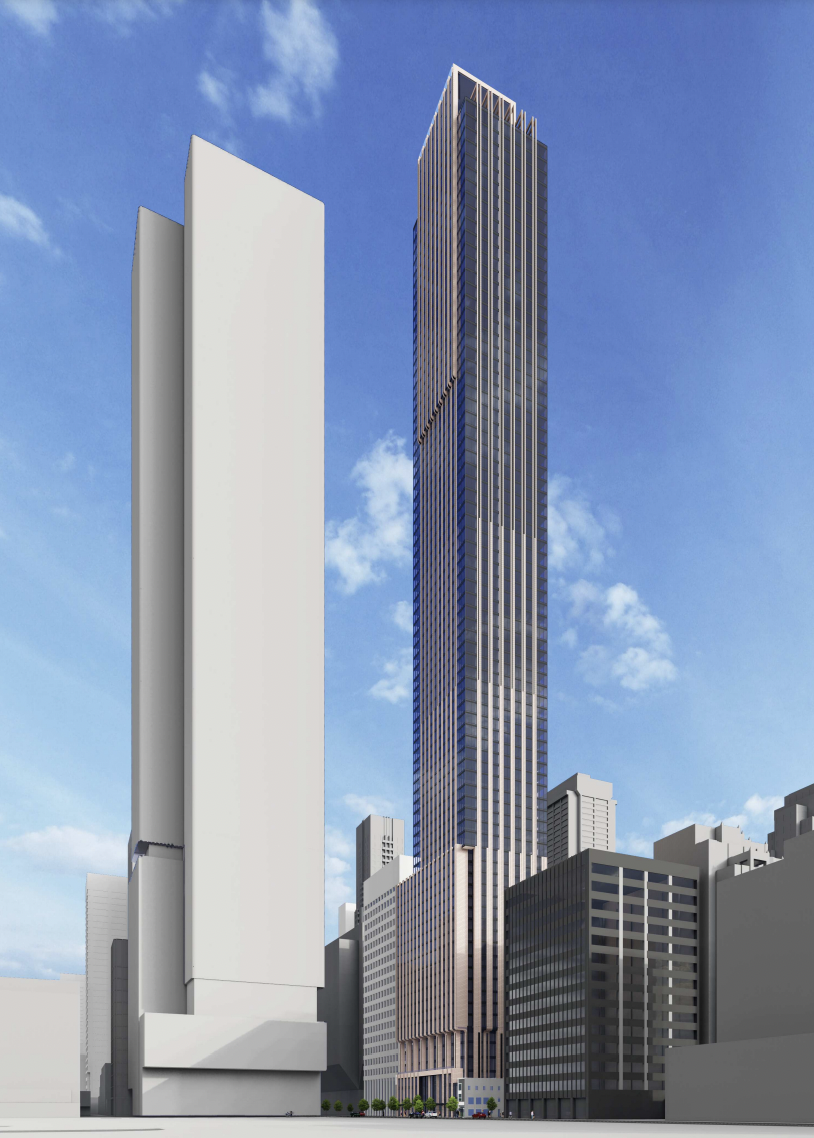 Although the Victorian buildings would not be kept, the tower would sit atop a 20-storey podium that’s set to incorporate the facade of a heritage building at 95A Bloor Street West.

Plans call for the podium’s ground and mezzanine floors to have over 12,000 square feet of retail space. Throughout the rest of the tower, the residential units would be spread out across nearly 760,000 square feet, ranging from studios to three bedrooms. 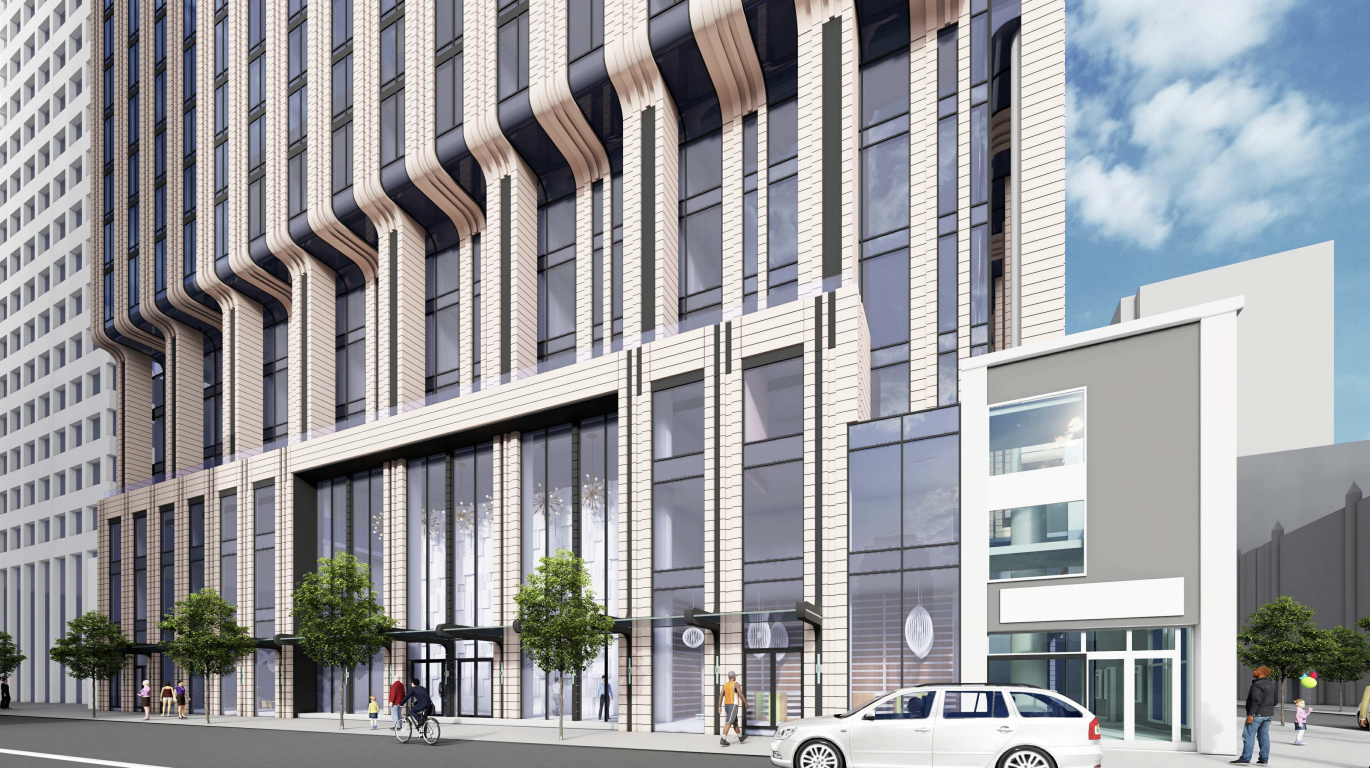 As to be expected, with a new build of this nature, there would be an abundance of amenity space both indoors and outdoors, totalling more than 36,000 square feet. The developers are also planning for 95 parking spaces to be located in an underground garage outfitted with its own vehicle elevator.

Although the developers need to acquire a zoning variance before they can move forward, a tower of this size would not be the first of its kind to be approved in the area. In fact, a 72-storey building immediately across the street at 80-82 Bloor Street West was approved last year by the Ontario Land Tribunal.

The new plans were filed with the City on December 17 and will likely take several months to pass through City Council before a decision is made.