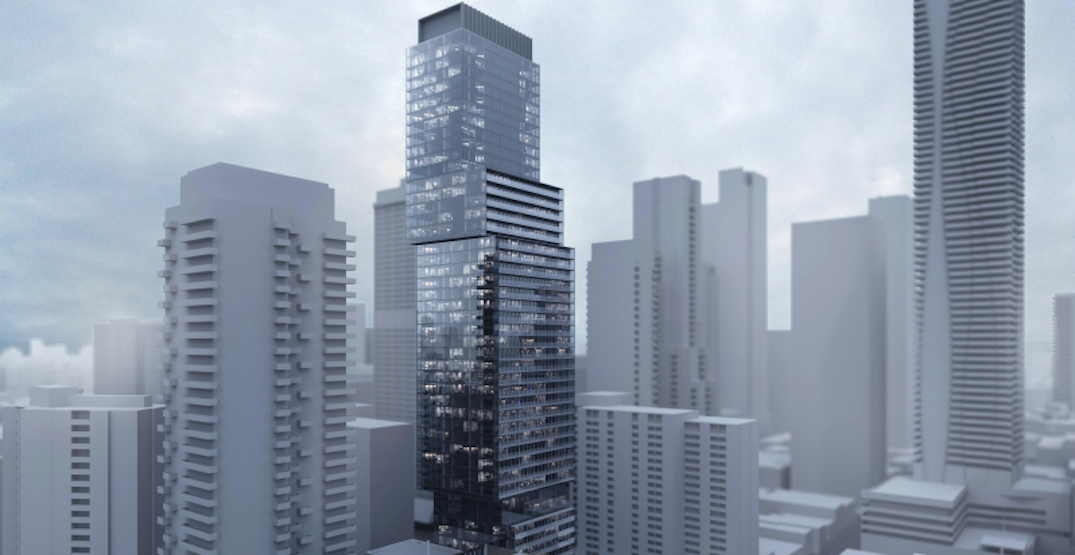 A massive 50-storey condo tower near Toronto’s Yonge and Bloor could soon be on the way, according to plans recently filed with the City.

Developer Mattamy submitted new plans last month for their gargantuan development that’s been in the works for quite some time. The design plans now call for 50 storeys (as opposed to the originally planned 51 storeys) with 465 residential units — nine more than originally planned. 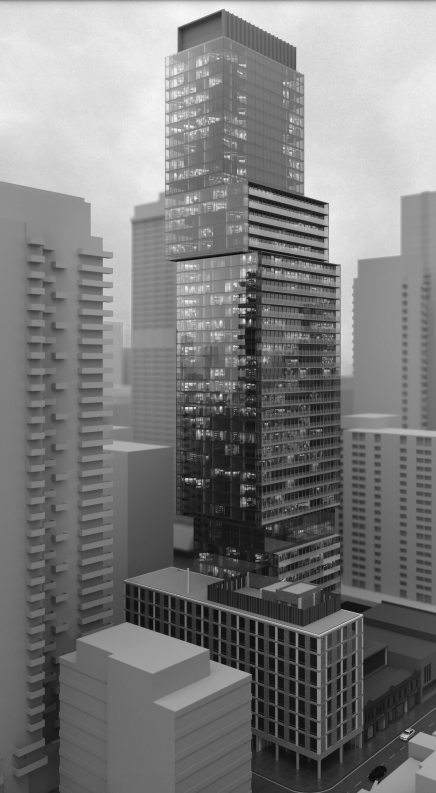 Most of the existing buildings on the properties will be saved — at least in part — during the development. The eight-storey office building at 10 St Mary will be retained, and the facades of 81-85 St Nicholas Street and 710-718 Yonge Street buildings will be incorporated into the new building.

The tower will have an interesting appearance comprised of asymmetric, shifted blocks stacked on top of each other. 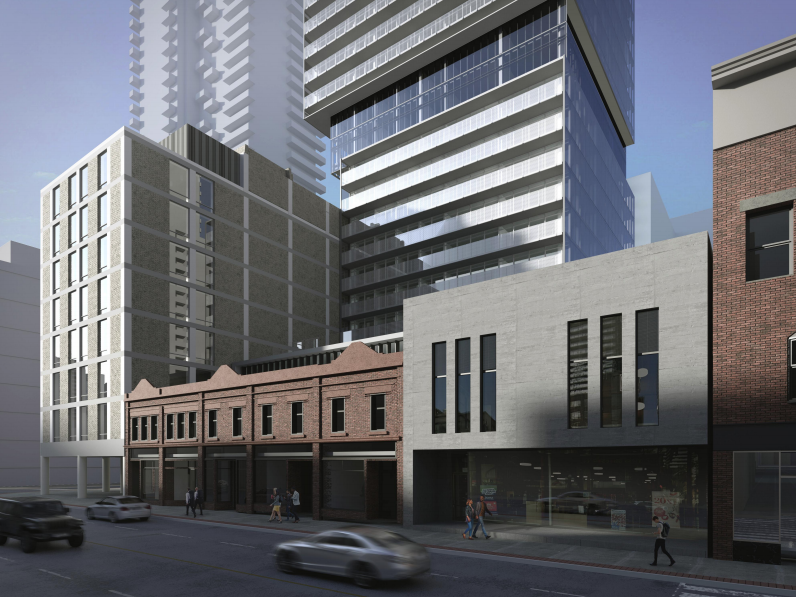 Inside, the residential units will range from studios to three-bedrooms and there will be several residential amenity spaces including multiple terraces and a pet spa. And much of the ground floor is expected to be taken up by retail space.

The plans are currently being reviewed by the City for feedback and will need to be given approval before the developer can move ahead.