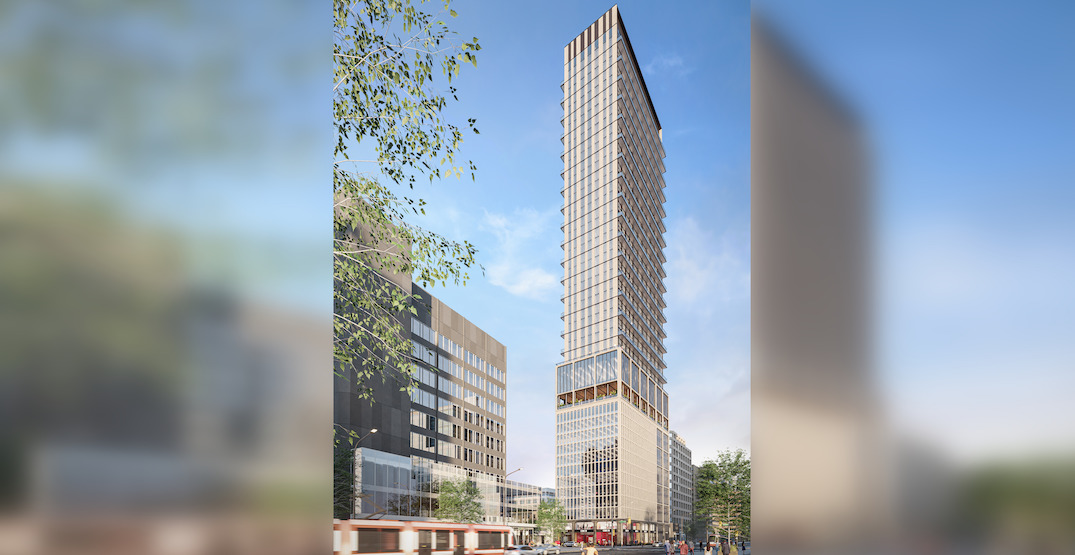 Slate Asset Management filed plans with the City of Toronto to build a 49-storey, mixed-use building at 1 St. Clair Avenue West on the southwest corner of the Yonge Street intersection. 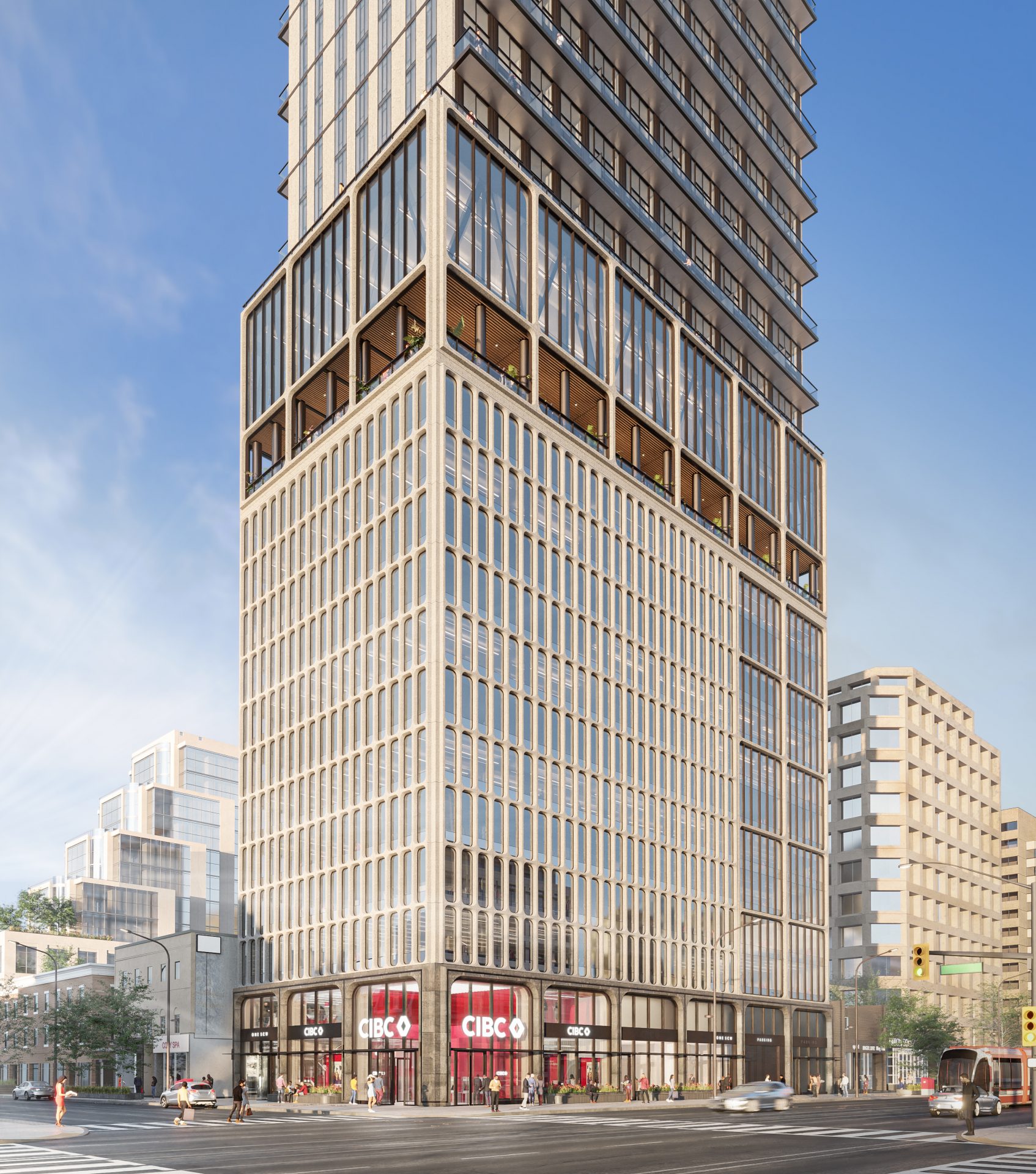 The shiny new tower would incorporate an existing 12-storey office building into its design, with the new tower being built up from the top of the existing building. The 1968-built office mid-rise will undergo an expansion and interior improvements “to continue to provide high-quality office space,” according to the filed plans. The expansion will require the demolition of existing retail buildings at 11 and 13 St Clair West.

A total of 882 square metres of retail space will also be maintained on the ground floor of the building, which renderings show will be occupied by a CIBC branch. 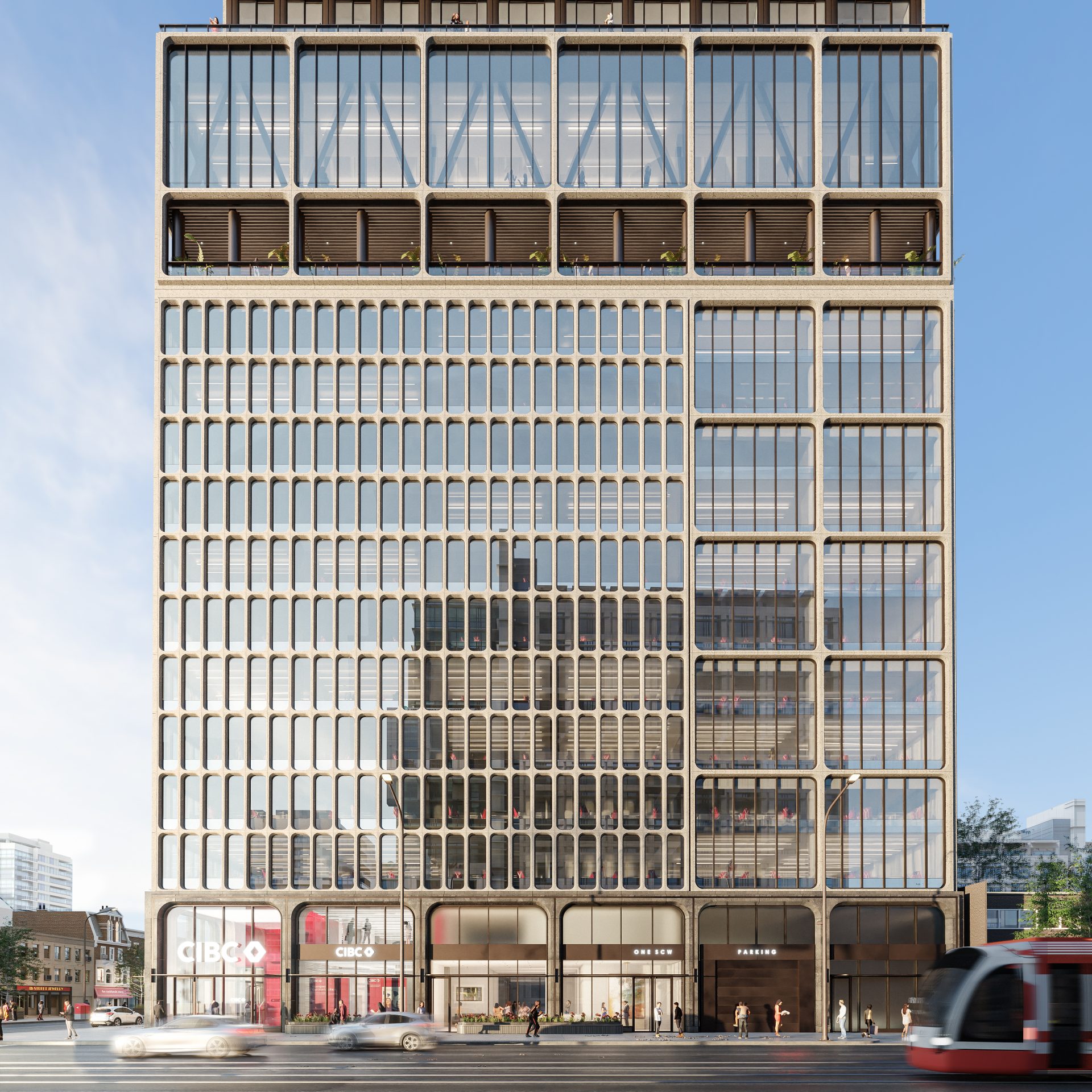 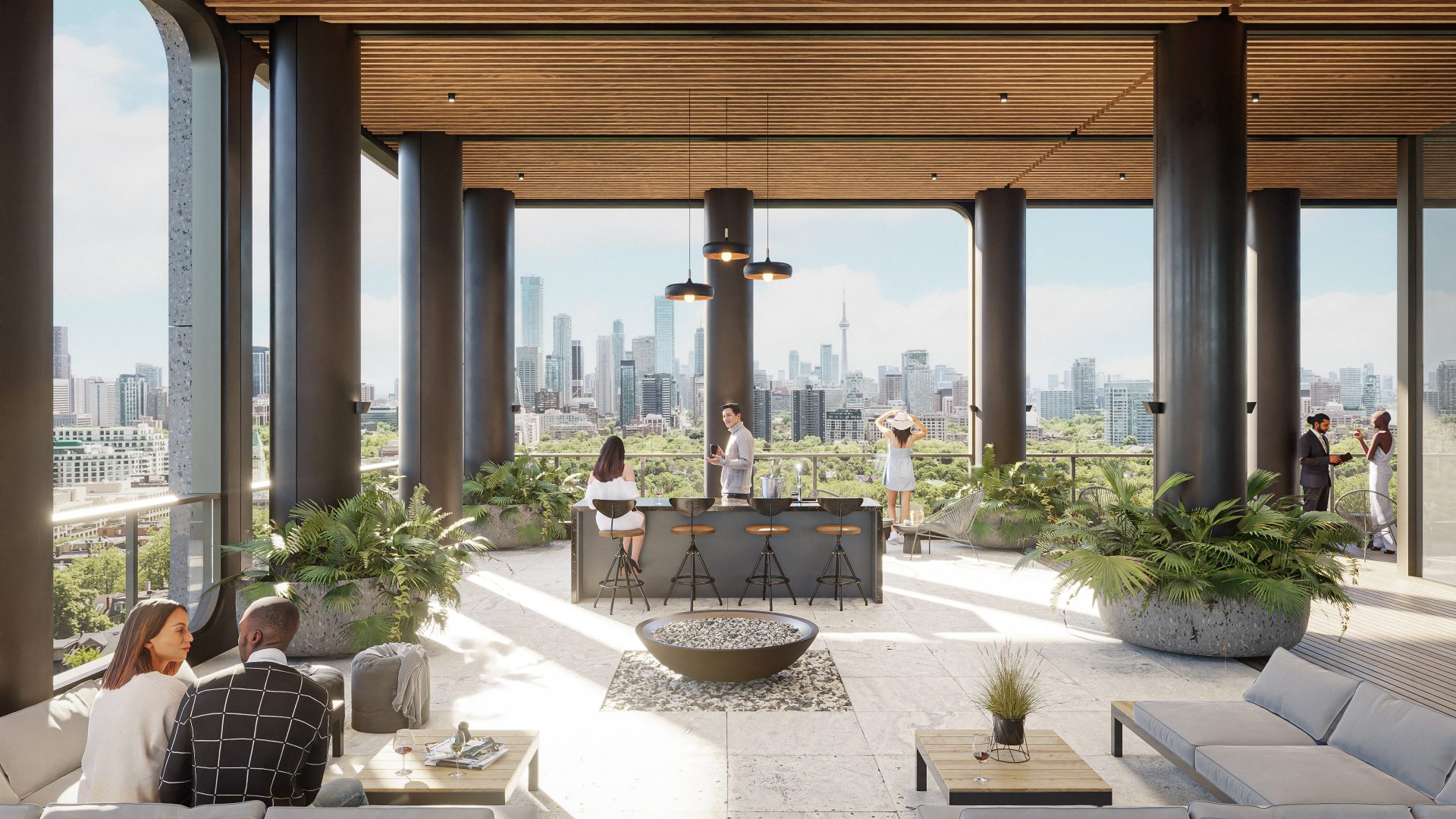 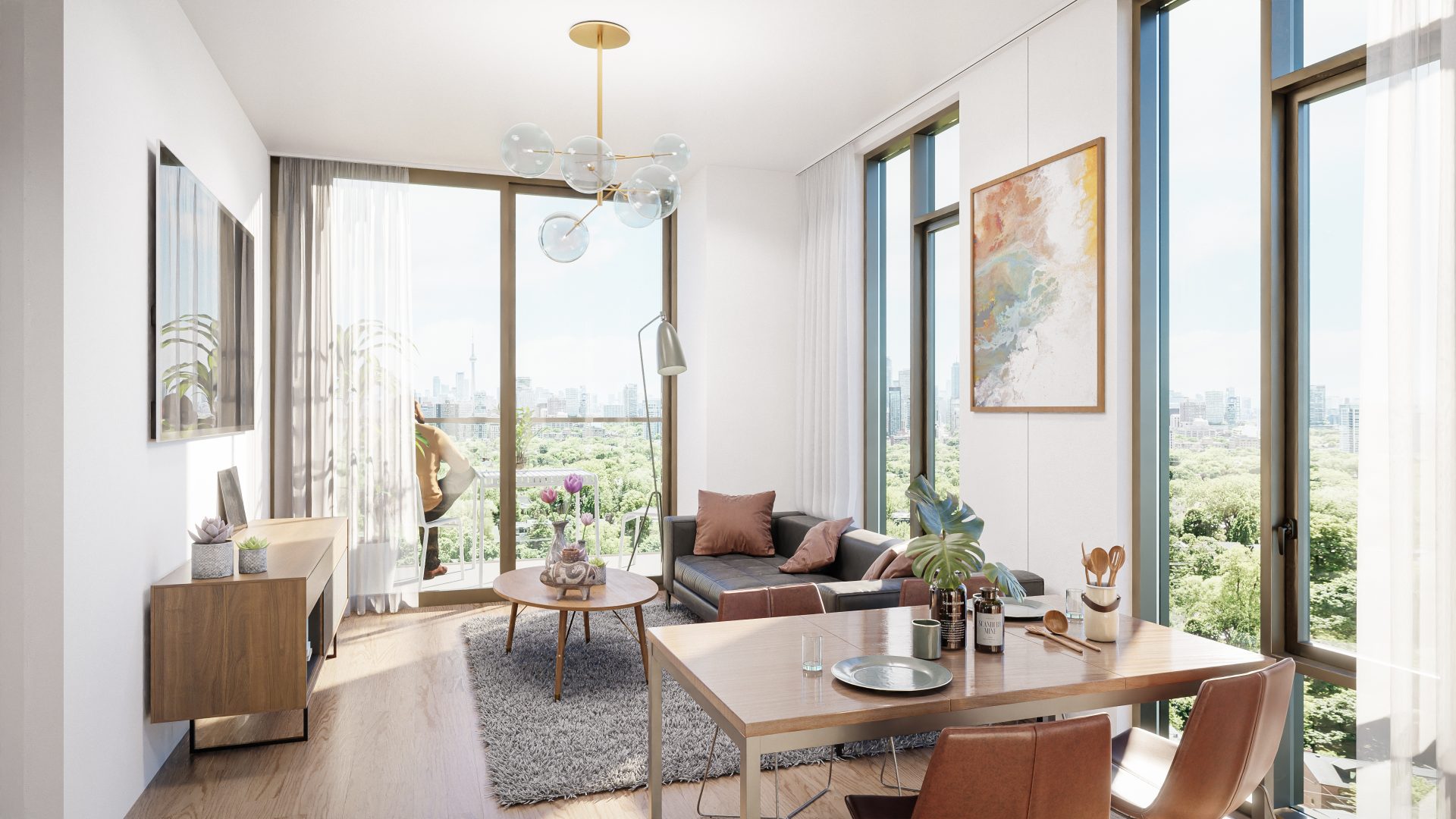 Renderings show that the tower itself, designed by Gensler, will complement the existing office building, using similar shapes and colours to blend seamlessly.

The development plans are currently under review by the City and will need approval before construction can begin.