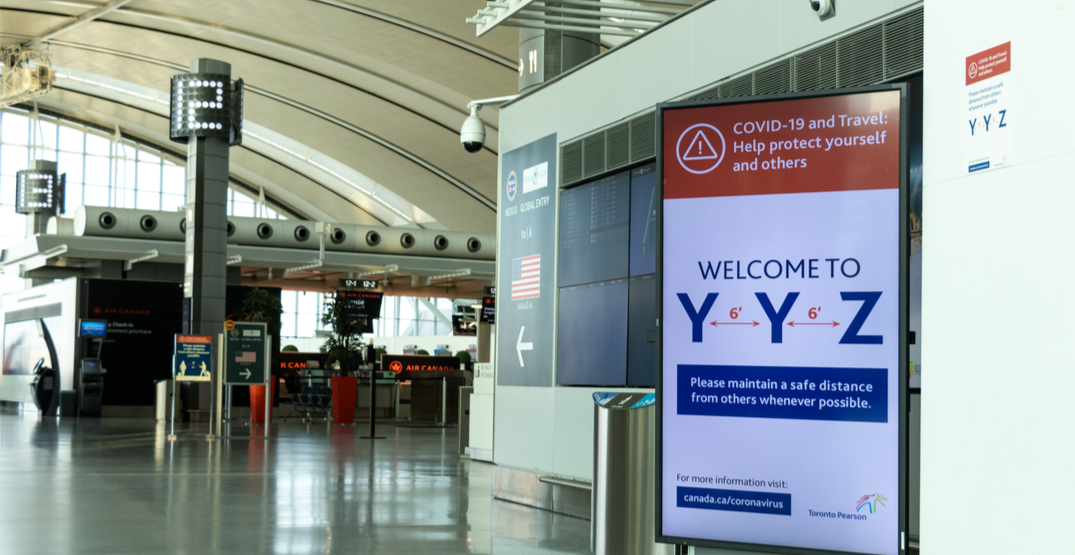 Multiple travellers have been fined after refusing to take a COVID-19 test upon arrival in Toronto.

“I can confirm that officers issued three tickets under a Section 22 order this week,” Constable Akhil Mooken said.

A Section 22 order under Section 77.1 of the Health Protection and Promotion Act has been issued by Dr. David Williams, the province’s Chief Medical Officer of Health.

The order, which mandates the on-arrival testing at Pearson, has been in place since Monday. Refusing a test can result in a $75o fine.

While travellers await their results, they are required to quarantine at a supervised hotel at their own expense.

If their COVID-19 test is negative, they are allowed to complete the remainder of their 14-day quarantine period at home. If it’s positive, though, they are taken to a government facility.

International travellers must also have proof of a negative COVID-19 test taken with 72 hours in order to enter Canada.