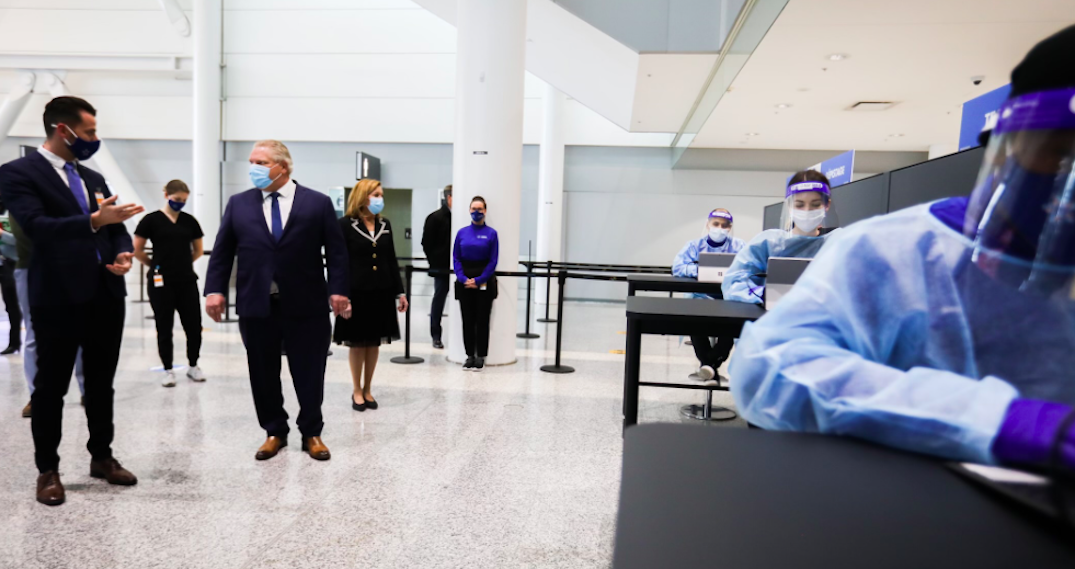 Last week, Premier Doug Ford announced that mandatory testing would start on February 1, which will have all incoming international travellers take a test, and as they await the result, they will be required to be in quarantine for three days at a supervised hotel. The stay will cost $2,000 per person – which includes the cost of private tests and the hotel stay.

“For many months, Toronto Pearson has joined Canadian airports in calling on the Federal Government to create a clear, consistent approach to mandatory testing for arriving international passengers,” Toronto Pearson airport said in a statement.

“While there are details to work out at both the Federal and Provincial levels of government with respect to these mandatory testing requirements, we believe testing is a necessary next step in our Healthy Airport commitment and will create a further layer of safety to protect not only passengers, but all Canadians. ”

According to the province, the Chief Medical Officer of Health is issuing a Section 22 order under Section 77.1 of the Health Protection and Promotion Act, mandating on-arrival testing for international travellers at Toronto Pearson International Airport and is exploring additional testing measures at the airport and land border crossings in the coming weeks.

If someone refuses a test, they can be fined $750.

“We welcome the new measures announced by the federal government today, but we need a stop gap to prevent new cases, including variant cases, from arriving in Ontario until those measures are fully in place,” said Ford on Friday.

“That’s why our government is taking immediate and decisive action, which includes mandatory testing of incoming international travellers and providing additional layers of protection for the people of Ontario, especially our seniors. Through our six-point plan, we intend to stop this virus in its tracks.”

Ontario’s first COVID-19 UK variant case was confirmed last month and was due to international travel. The enhanced testing measures are also to mitigate the new variants from entering the country.

To date, 51 COVID-19 UK variants have been detected in Ontario. The strain is 56% more transmissible, according to health officials.