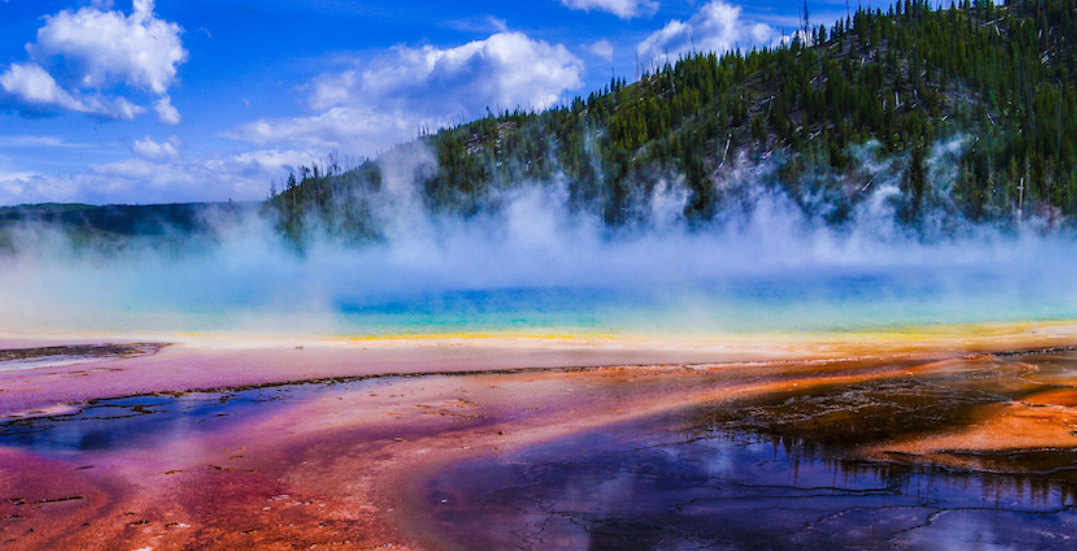 Three men have been banned from Yellowstone National Park after getting caught trying to cook chicken in a hot spring.

In an email with Daily Hive, a Yellowstone public affairs office employee said a park ranger received reports of a group hiking with “cooking pots” towards Shoshone Geyser Basin in the park on August 7.

Shortly after, the ranger found two whole chickens in a burlap sack and a cooking pot nearby.

The Yellowstone employee told Daily Hive that the banned Utah visitors, ranging in age from 41 to 51, were sentenced to two years’ probation, banned from the park, and were fined between $500 and $1,200 on November 10.

Yellowstone National Park is a roughly 3,500-square-mile wilderness recreation area atop a volcanic hot spot. The park spreads out among Wyoming, Montana, and Idaho.

Hot springs emerge at temperatures of close to 198°F, with some vents reaching as high as 275°F, according to the park’s website.

As per the park’s email, visitors are to “always stay on boardwalks and designated trails. It is illegal to touch thermal features or throw objects into hot springs or other hydrothermal features. Water in hot springs can cause severe or fatal burns, and scalding water underlies most of the thin, breakable crust around hot springs.”

Hot and interesting to see, but chicken cooking is for sure a no-go.