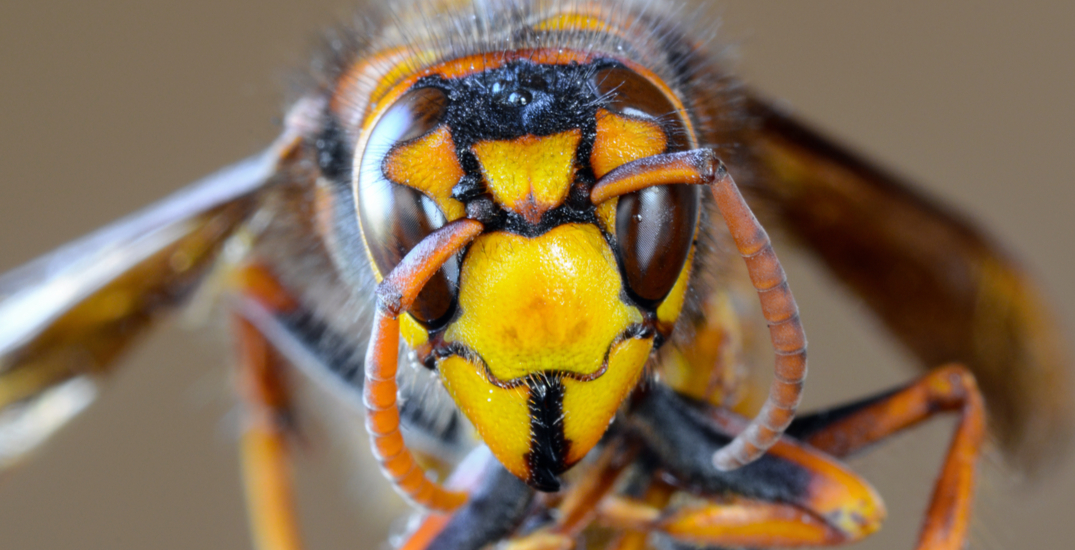 The Washington State Department of Agriculture (WSDA) successfully removed a tree that contained an Asian giant hornet nest in Blaine, Washington, this October.

A team of entomologists found, removed, and dissected the 14-inch-long and eight- to nine-inch-wide nest to reveal several queen hornets as well as worker hornets and larvae.

Part of the interior of the tree had been chewed away to accommodate the combs — the structures that hold the hornet larvae as they develop. The combs had approximately 776 cells, which held six unhatched eggs, 190 total larvae, and 108 capped cells with pupae, or those in the stage after larvae. 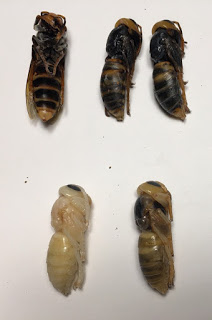 The entomologists counted 112 worker bees, including 85 that were vacuumed out of the nest on October 24. They also found 76 queens, most likely to be new virgin queens who emerge from the nest, mate, and then leave to find a place to start a new colony.

The WSDA is planning to continue trapping worker hornets and eventually eradicate Asian giant hornets from the Pacific Northwest.

“The effort will require international cooperation, research for better detection tools, and the continued work of vigilant observers from the public to prevent Asian giant hornets from gaining a permanent foothold here,” states a press release.

If you think you have seen an Asian giant hornet in Washington State, report the sighting via email or by calling 1-800-443-6684.