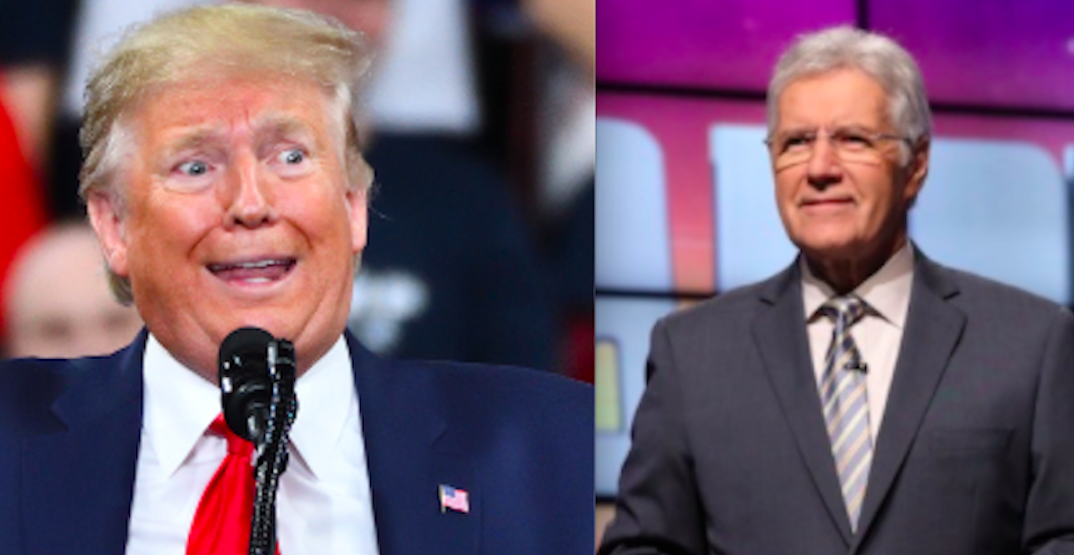 With his presidency in its final days, Donald Trump has signed an executive order containing a list of names to include in his “National Garden of American Heroes.”

And among the names on the list is the late, Canadian-born, longtime Jeopardy! host, Alex Trebek.

According to the order, each person on the list “has been chosen for embodying the American spirit of daring and defiance, excellence and adventure, courage and confidence, loyalty and love. Astounding the world by the sheer power of their example, each one of them has contributed indispensably to America’s noble history, the best chapters of which are still to come.”

The National Garden, the order continues, “is America’s answer to this reckless attempt to erase our heroes, values, and entire way of life. On its grounds, the devastation and discord of the moment will be overcome with [an] abiding love of country and lasting patriotism. This is the American way.”

While no date has been specified for when the garden would be built, the order states it will “be built to reflect the awesome splendor of our country’s timeless exceptionalism.”

As for a location, the order states that “the Secretary, in consultation with the Task Force, shall identify a site suitable for the establishment of the National Garden.”

Trebek passed away last November after a battle with pancreatic cancer.