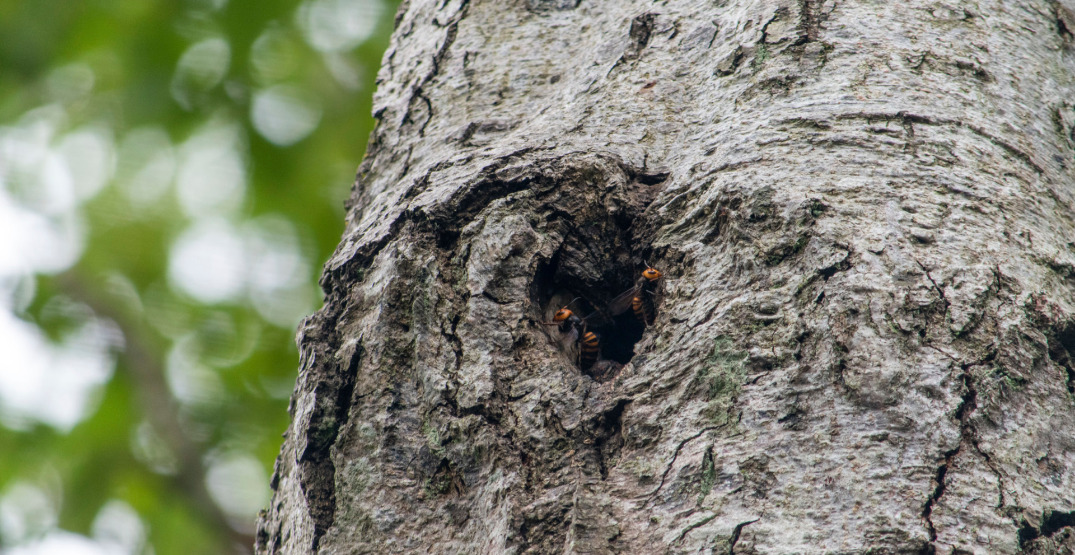 A murder hornet nest located east of Blaine in Washington State has been destroyed.

Asian giant hornets, or murder hornets as they’re colloquially known, can grow up to two inches or five centimetres in length, and they are considered an invasive species.

The nest, which was discovered on September 11, was located just east of Blaine and is part of an ongoing operation by the Washington State Department of Agriculture (WSDA).

This marks the third nest that has been dismantled by the WSDA.

Be warned, some of the photos below of the operation may trigger those who are a little squeamish around insects.

The photos also reveal that this operation was no simple task, involving a fairly large team, with a lot of equipment, including protective gear that looks like it belongs in a sci-fi movie. 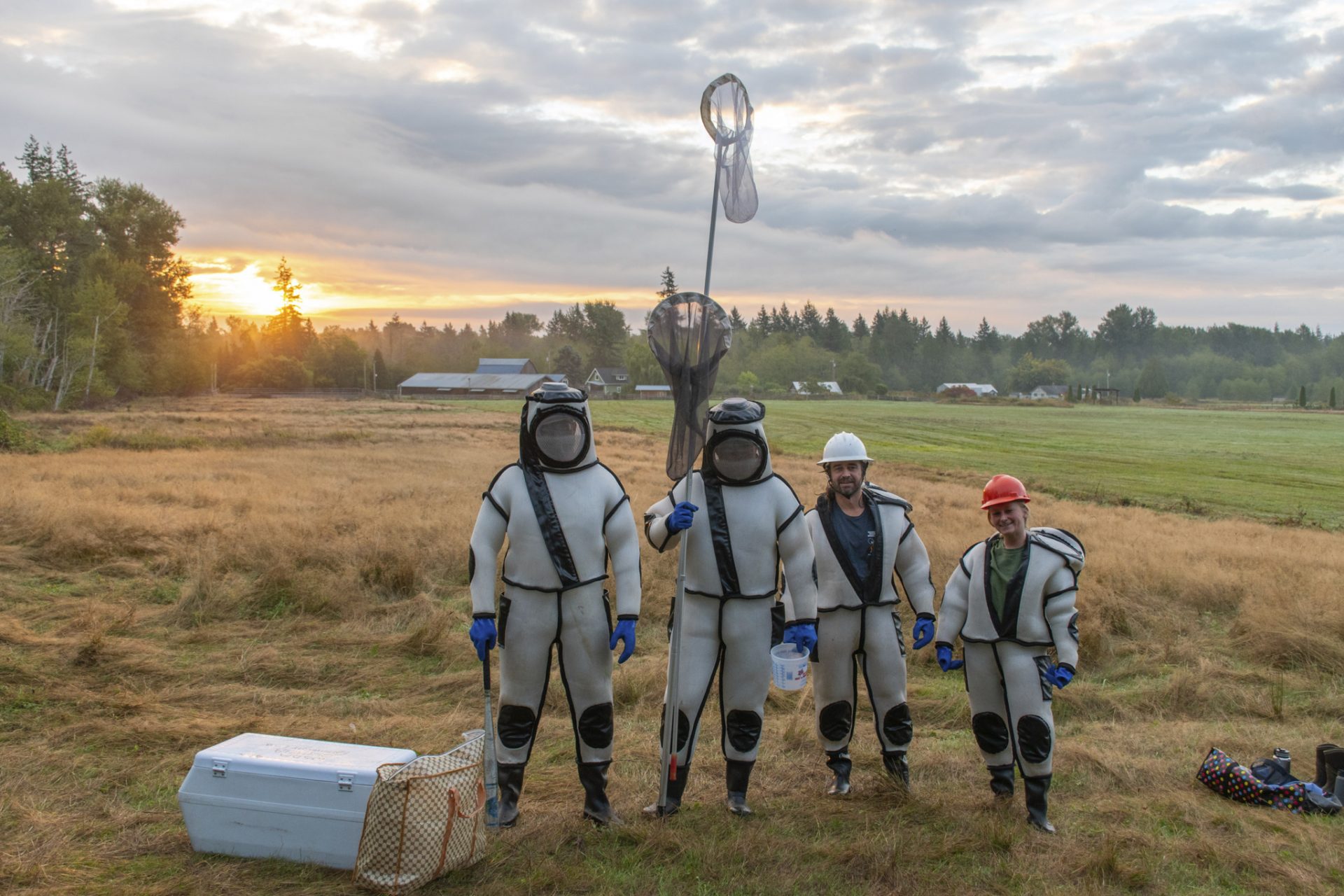 Pictures also reveal just how massive the invasive buggers are. 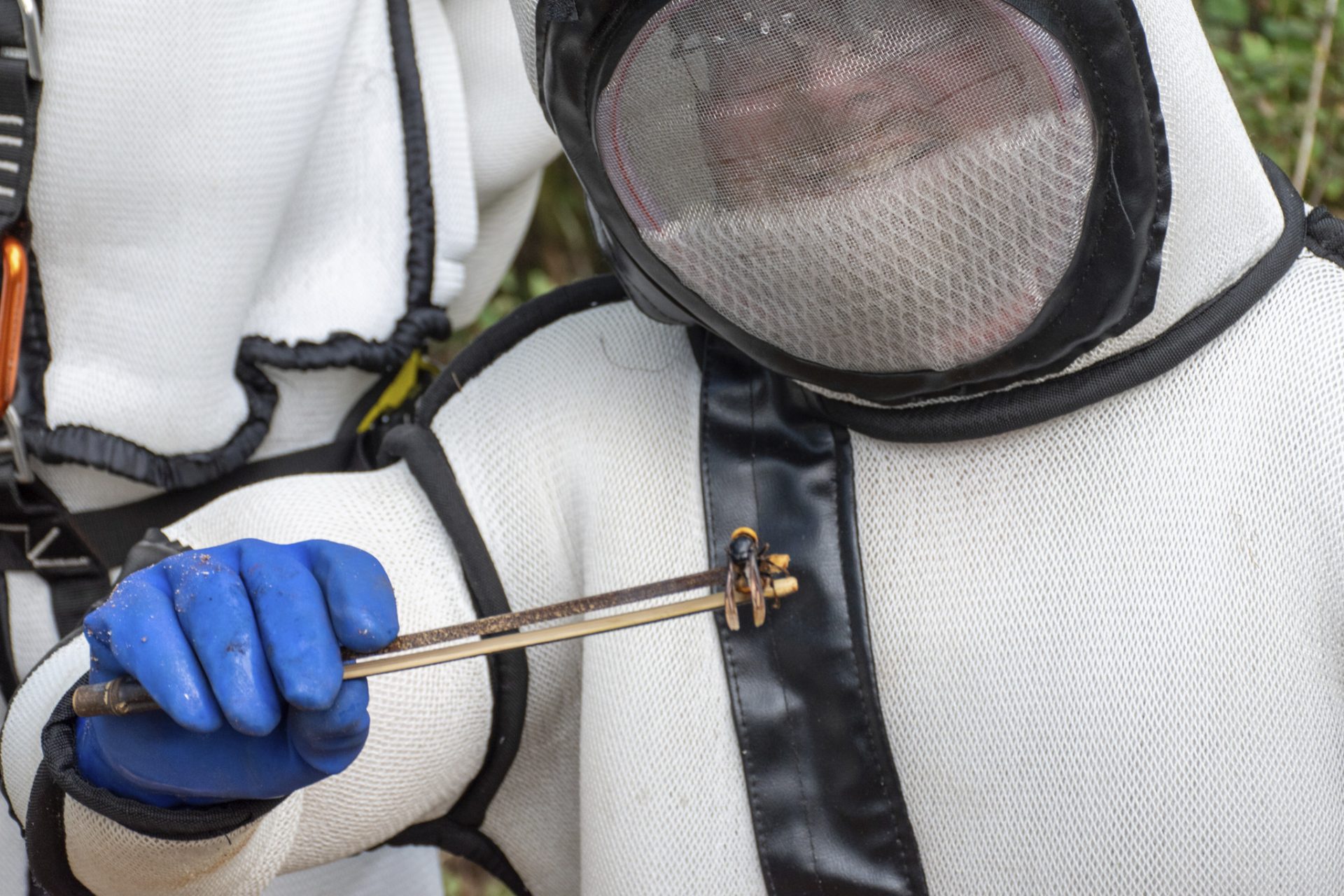 While a sting from a murder hornet won’t usually result in a fatal reaction, it can trigger mild to severe sickness, including nausea, vomiting, diarrhea, or abdominal pain. 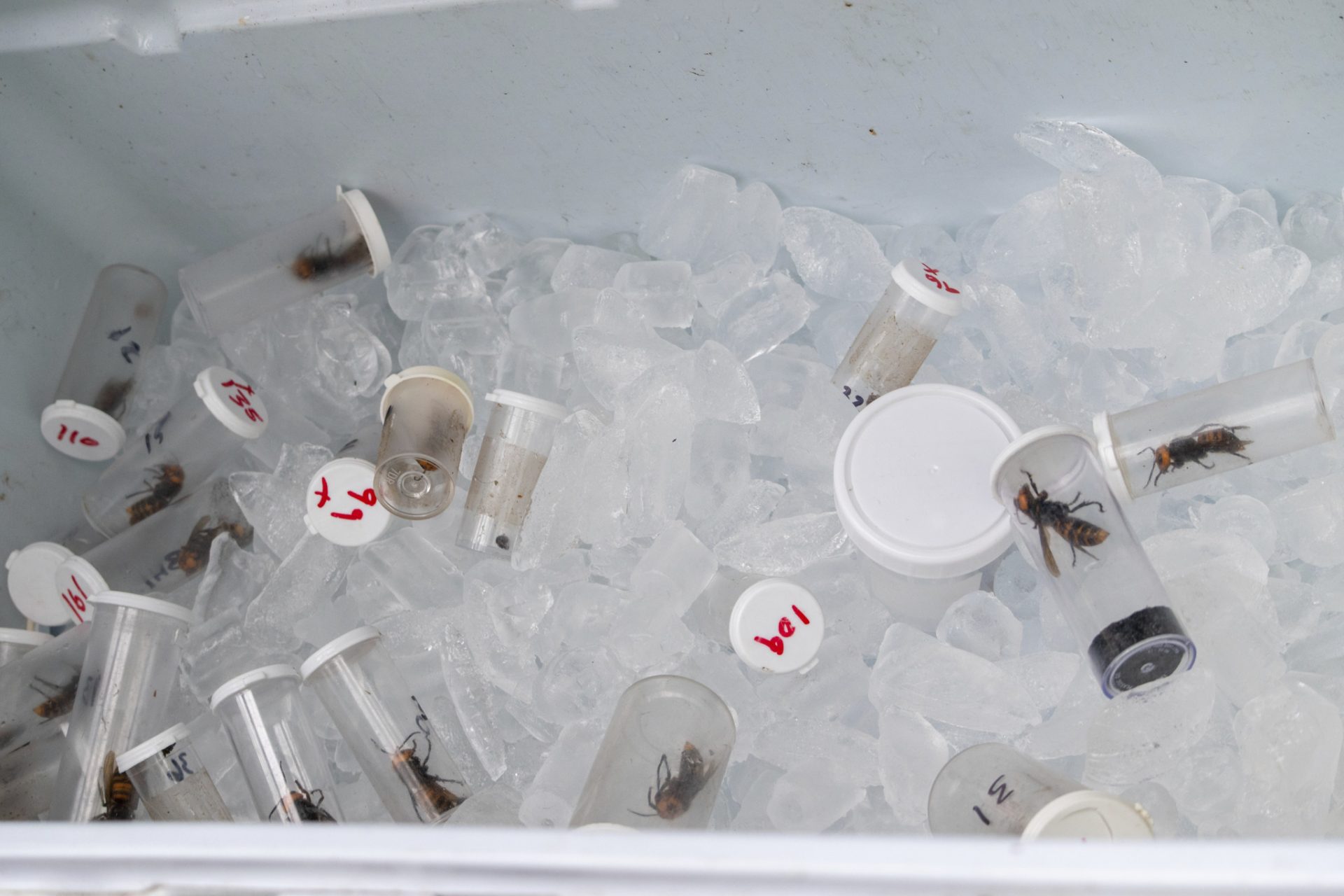 Deaths from an Asian giant hornet sting are usually the result of anaphylactic shock or cardiac arrest. A large number of stings can also trigger organ failure. 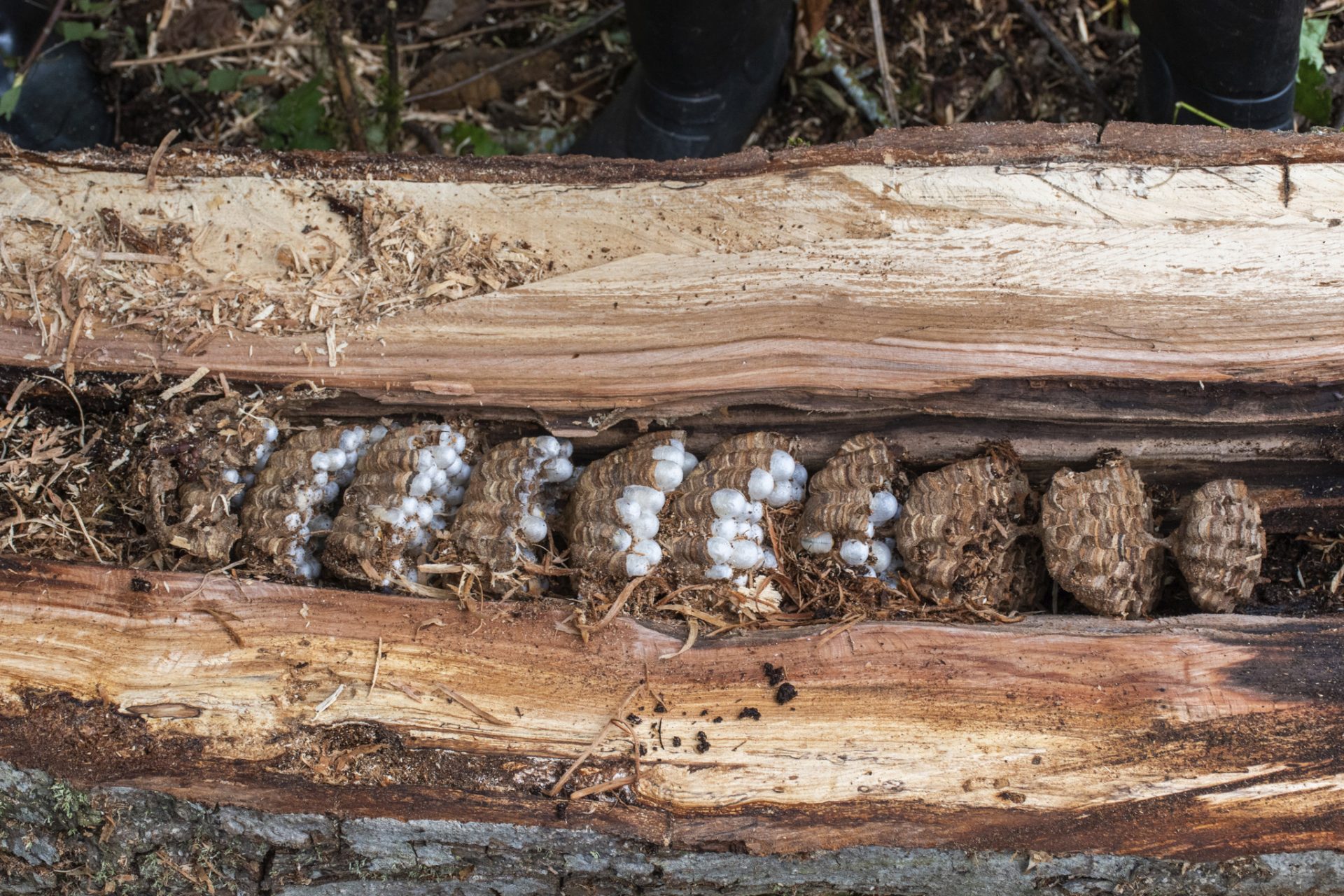 The WSDA told Daily Hive that they will likely be releasing more information about this particular nest next week.