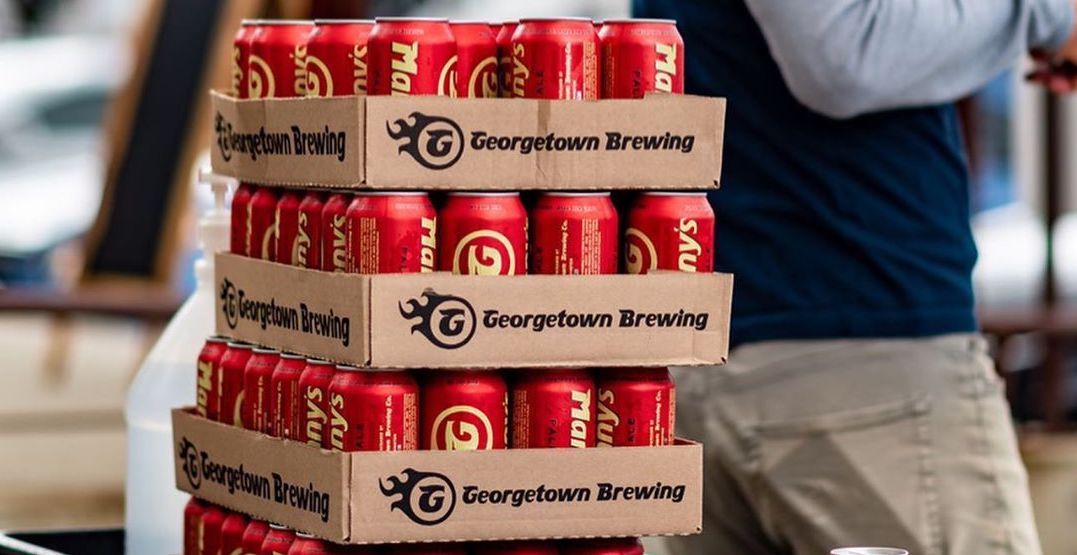 Change is inevitable, even with the famous Manny’s Pale Ale from Georgetown Brewing.

When Georgetown Brewing first began canning their golden liquid, they swore to leave Manny’s Pale Ale as a draft-only beer. They thought that in keeping this tradition, they’d be able to stay connected to the foundation of their business: the restaurants and bars that first served their drinks.

With bars and restaurants struggling through the pandemic, Manny’s Pale Ale has decided to do what they do best: pour out a cold one for those in need.

For the next six weeks, Manny’s Pale Ale will be canned and sold throughout Washington, with 100% of the profits going to support bar and restaurant workers throughout the state of Washington.

“These cans are a limited release, and when this pandemic ends, we’ll see you at the bar for a pint and a cheers,” said owners Manny and Roger in a Facebook post.

The flagship beer is crisp and clean with hints of citrus, and is described as “a careful selection of Northwest hops, premium barley, and unique yeast which gives this ale a rich and complex malty middle with a snappy hop finish.”

Those looking to grab a six-pack or fill up a growler can do so at Georgetown Brewing at 5200 Denver Ave S. Manny’s cans will be available in stores starting Thursday.