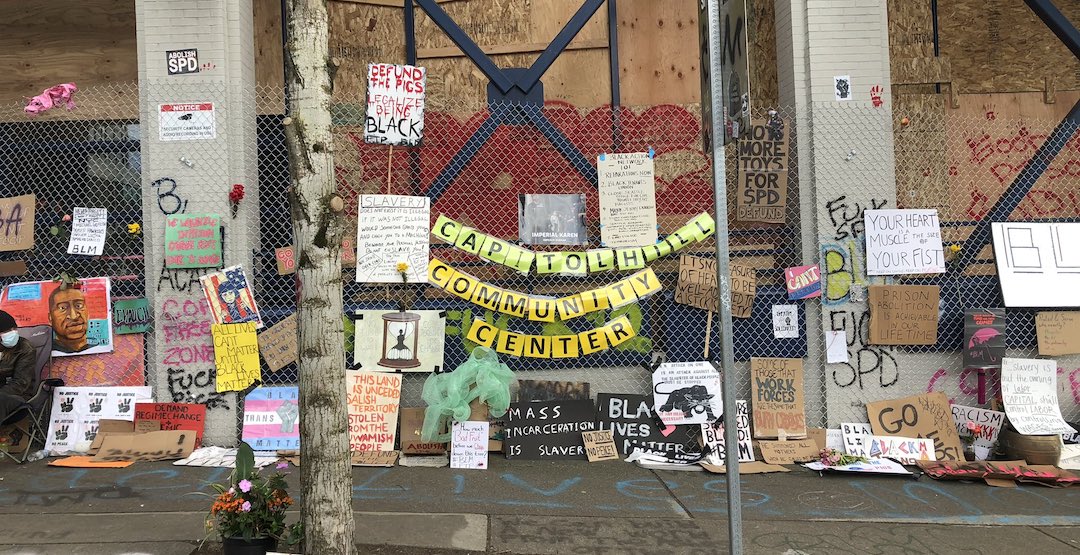 Although the space had remained peaceful since its inception, the past week has seen three separate shootings within the CHOP.

Two of the shootings took place this weekend, while the third happened early Tuesday morning.

At 4:55 am on Tuesday, Seattle Police Department officers responded to a shooting at 11 Avenue and East Denny Way. According to the department, there were reports of one person injured.

The police department is still investigating the incident.

On Monday, Seattle Mayor Jenny Durkan tweeted out a statement, noting that while daytime protests have remained peaceful, “it is very different at night.”

This is unacceptable. We have worked hard to address gun violence in our city – particularly among our youth – yet this Saturday morning, a 19 year old tragically lost his life. As a mother of a 19 year old, I cannot begin to imagine the grief his mother and family are feeling.

She announced that the Seattle Police Department would be peacefully returning to the East Precinct “to ensure public safety and appropriately respond to more than 100,000 9-1-1 calls.”

Alongside Chief Carmen Best, she will be working on ways to respond with community-based solutions. “Not every 9-1-1 call requires someone with a firearm to show up.”