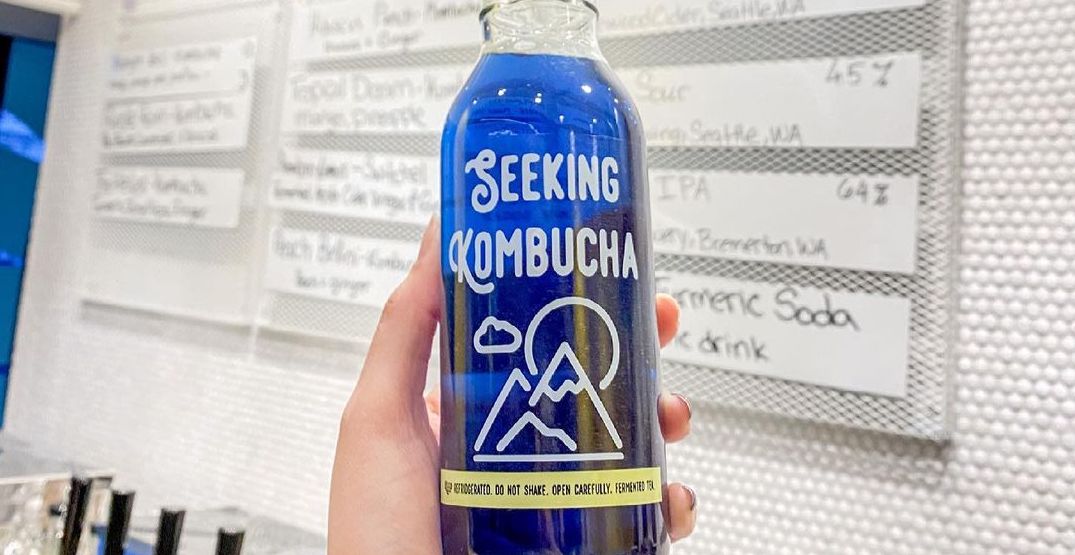 Leave the beer behind and venture into Seattle’s newest taproom: Seeking Kombucha.

Unlike most taprooms, this South Lake Union spot serves only non-alcoholic fermented beverages including kombucha, jun, turmeric soda, tepache, and other fermented drinks.

The company is women-, minority-, and LGBT-owned.

Seeking Kombucha has started thanks to severe stomach problems. The owner of the spot was sensitive to a lot of foods and noticed that as they introduced good bacteria to their gut through kombucha, their stomach issues were diminishing.

They decided to start brewing their own kombucha to know what was going into their drink and quickly became their friends and family’s go-to brewers.

Seeing that their kombucha was helping so many others, they decided to bring the booch to the big leagues and start selling to the public.

Seeking Kombucha can be purchased online with free delivery in King County, as well as in the taproom at 1091 Thomas Street in Seattle.