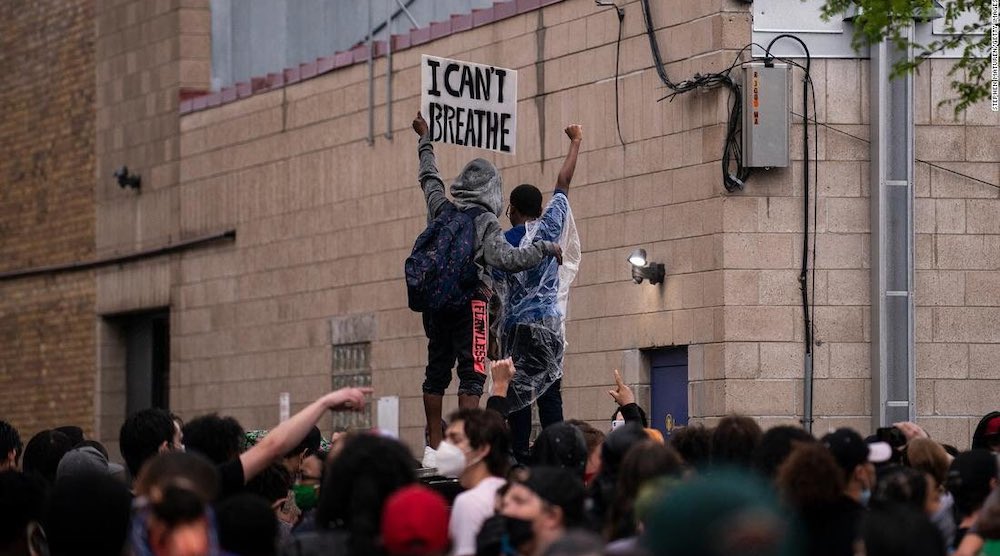 All over the world, people are marching and protesting in memory of George Floyd, who was killed by an officer in Minneapolis on Monday, May 25.

In Seattle, a walk and protest against police injustice, the Defiant Walk of Resistance Against Injustice, is being held this Saturday at Westlake Center.

In a graphic video posted to social media, 46-year-old Floyd was heard repeatedly saying that he cannot breathe while being held down by Minneapolis police officer Derek Chauvin.

According to an official police statement, Minneapolis police responded to a 911 call reporting a forgery in progress. The officers arrived and located a suspect in a vehicle. They reportedly ordered the suspect out of the vehicle who physically resisted the officers.

“The video is upsetting, disappointing, and infuriating. It does not show the policing we know. Policing is an honorable profession filled with honorable public servants,” she said. “Especially troubling about the video, was the officers who stood by while Mr. Floyd called for help.”