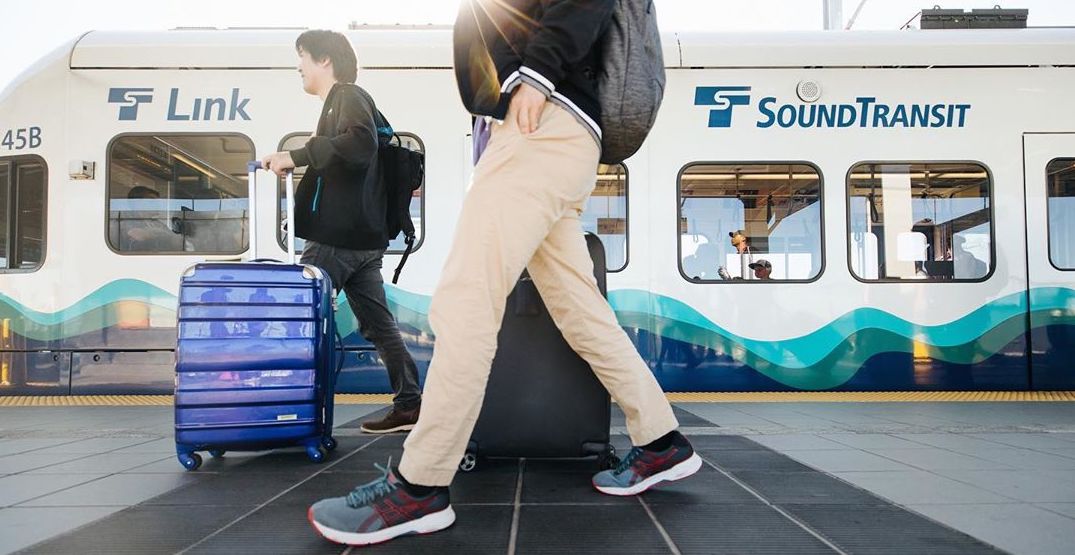 With the Light Rail undergoing a ten-week construction, commuters were in for an additional shock this week when they’d noticed that the regular female voice of the PA announcements had been changed to a booming, male voice.

A representative of Sound Transit told Daily Hive that the reason for the voice change was to differentiate the messages from the previous standard announcements. With the additional mess of construction, Sound Transit intentionally chose a new voice to get riders’ attention, which we can guarantee, it has.

While it’s only the first week of the new announcements, being Seattle, there were already a few complaints.

“Can the guy on the light rail PA system please chill the f**k out? I can do 10 weeks of inconvenience in my commute. I cannot, however, do ten weeks of someone yelling at me.” said commuter ithaqwa on Reddit.

In a separate thread, commenter leyledorp remarked that “the new announcements are loud as hell. They’re so annoying,” and “I can’t stand them. I’ve started covering my ears while at the station.”

The new voice is something from a fascist/dystopian sci-fi film.

Seattle is doing construction on a new Light Rail line (good) and they’ve made a new set of audio recordings that play on the platforms. The voice sounds so annoyed with riders omg 😂

Sound Transit has also revealed to us that they’ve been receiving comments regarding the volume and tone of these announcements, and have begun sharing the concerns with their Link Operations team. The operations team will be using this feedback to see what changes can be made looking forward.

If any of the above comments resonated with you, and you happen to be one of the commuters who dislike the voices, we have some good news for you: Sound Transit is planning on reverting back to the female voice as soon as construction concludes in the spring.

The voice of Seattle’s Link Light Rail is a cylon – she is powerful, scary, and has a gun in her purse.

The voice of the SLU Streetcar is your favorite librarian- she is cheerful, kind, and has a gun in her purse.