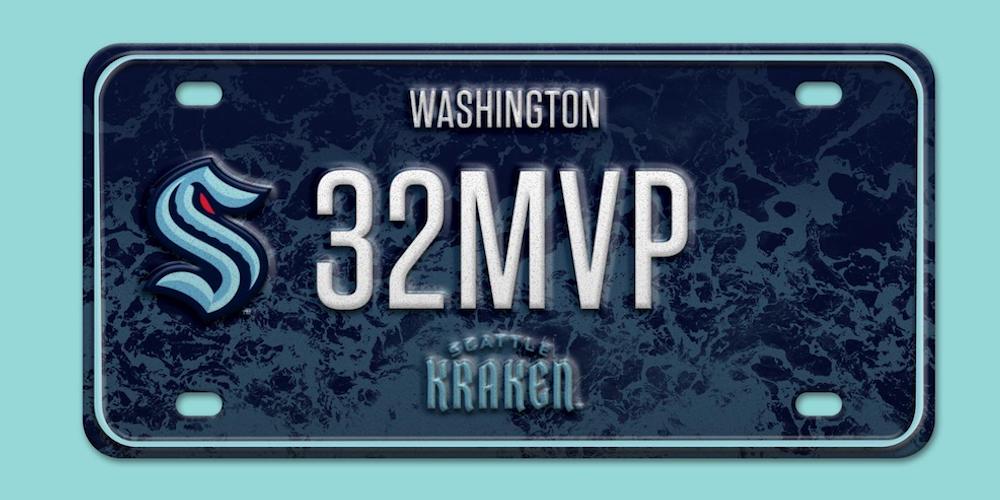 Washingtonians may soon be seeing ocean-colored plates on cars as the Seattle Kraken push towards having branded specialty license plates legalized.

According to the Kraken, if at least 3,500 registered WA car owners sign their petition, the Kraken-branded plates will be sold in the spring. Signing the petition does not obligate you to purchase a license plate.

Net proceeds of the license plate sales are set to go to Boundless Washington and the Kraken’s charitable foundation, which will focus on increasing access to youth hockey participation in the region.

On Tuesday, the Seattle Kraken took another step towards dropping the puck, revealing a new television broadcast partner and a new play-by-play voice.

The team announced that longtime Carolina Hurricanes broadcaster John Forslund will be the play-by-play commentator for the Kraken during their inaugural NHL season. Games will be broadcast on Root Sports, which will televise approximately 75 of the Kraken’s 82 regular-season games, beginning in the 2021-22 season next fall.

“Our partnership with Root Sports gives our fans around the Pacific Northwest a home that is already familiar to them,” said Kraken CEO Tod Leiweke. “Their experience with the Seattle Mariners made them a great choice to build a broadcast that will be unique for our fans. Additionally, their broadcast distribution will help us ensure that Kraken games will be on at every sports bar around the Pacific Northwest.”

The Kraken will begin their inaugural season in 2021-22 at the brand new Climate Pledge Arena.