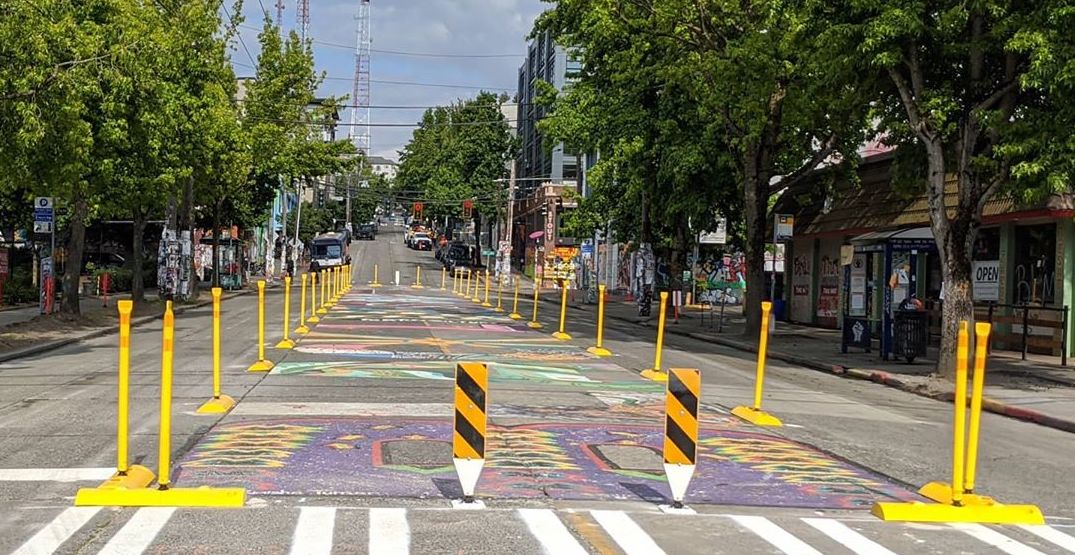 Over the past month, the sign had been protected by protesters who’d tried to keep people from walking on the paint. Now that the Seattle Police Department is back in the East Precinct and protesters have been moved, many were left wondering what would become of the mural.

On Monday, the Seattle Department of Transportation (SDOT) responded to questions, tweeting that they’re “committed to finding the best way to preserve the #BlackLivesMatter street mural and have been working directly with the artists to create a preservation plan. We want to maintain this mural and installed posts to keep vehicles from driving on it.”

In addition to the posts and cones, SDOT has installed a four-way stop sign at 10th Avenue and E Pine Street to help eastbound drivers transition onto the block at a slower speed.

The City is still working on additional ways to better preserve the sign.