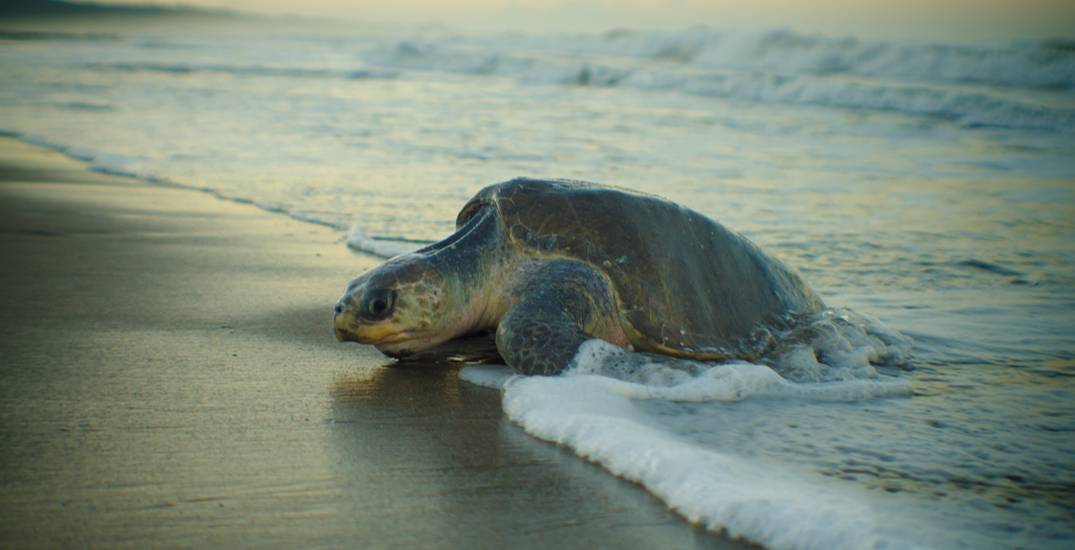 As winter approaches and ocean conditions change, sea turtles attempting to migrate to warmer waters may get cold-stunned, preventing them from eating or navigating effectively.

Due to the complications of cold-stunning, the turtles may get pushed around by the waves and stranded on West Coast beaches, says the Oregon Coast Aquarium.

As of November 5, two sea turtles have already stranded themselves on a beach near Oregon’s Lincoln City.

The first stranded sea turtle was found in early October. The female Olive Ridley was reported to Oregon State Police and then transported to the Oregon Coast Aquarium, where it passed away due to being weak and cold-stunned, said the aquarium in a press release.

The second sea turtle, also an adult Olive Ridley sea turtle, was reported this week and brought to the aquarium, where it passed away due to hypothermia. The turtle had a reported temperature of 58°F, when it should’ve been around 75°F.

“Cold-stunning presents complications that are difficult to identify and resolve. It can lead to malnourishment, susceptibility to external injuries, and organ damage,” said the aquarium. “The process of raising a sea turtle’s body temperature is risky as well; it must be slow and steady to ensure the animal’s system is not shocked.”

If you find a sea turtle on the beach, immediately note its location, remain nearby to observe it, and contact the Marine Mammal Stranding Network (MMSN) in Oregon, Washington, and California at 1-866-767-6114.