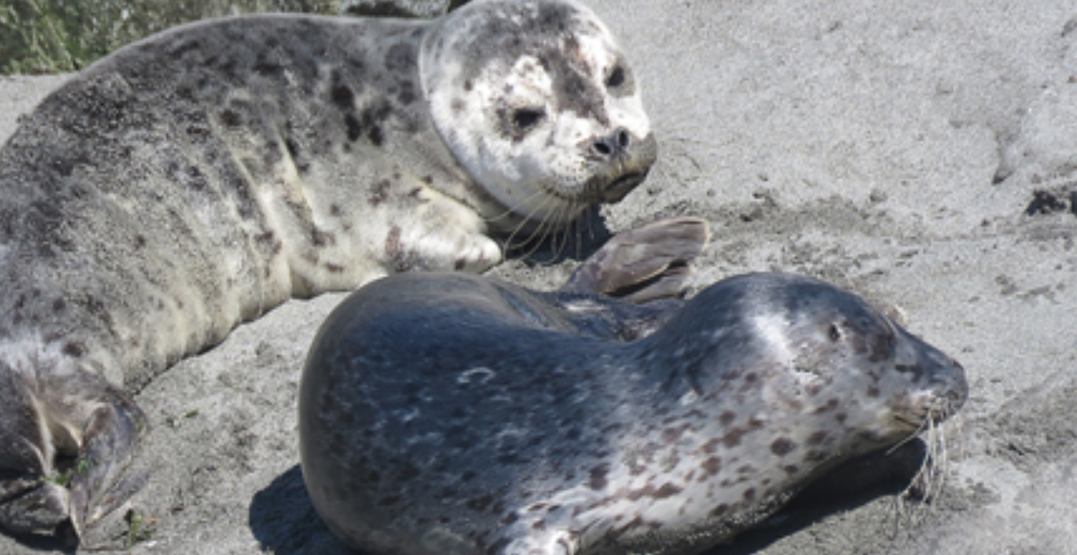 According to Seal Sitters, the two weaned pups had been coming and going from the public beach, trying to get rest. Although volunteers set up signs and a tape perimeter to keep visitors away, multiple people were spotted crossing the tape to access the beach and look at the seals.

The Seal Sitters hotline also received numerous reports of people touching and harassing the pups and found a fishhook in one of the seals’ mouths which required removal by a veterinary team member.

Due to the reports and the seals’ close proximity to the docks, the Seal Sitters decided to transfer the pups elsewhere. After a medical exam on the transfer boat, the two pups were deemed releasable and taken to a secluded South Sound island where they were tagged, marked, and safely released. 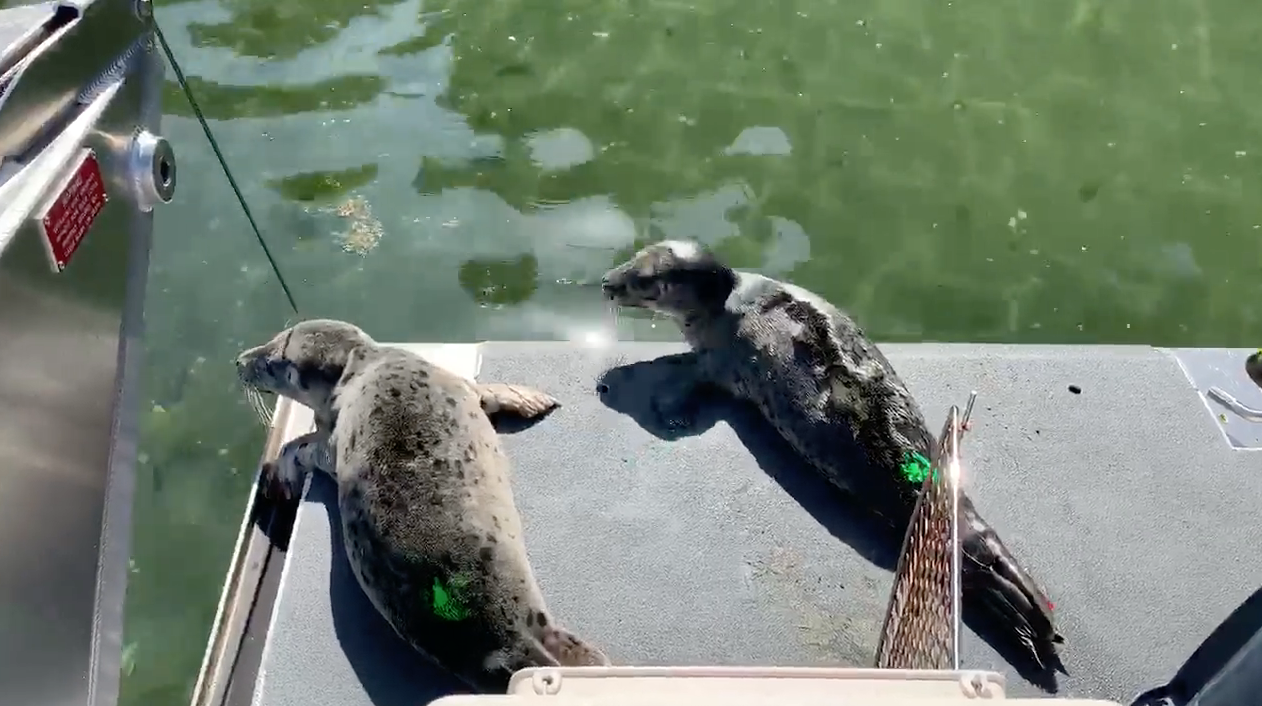