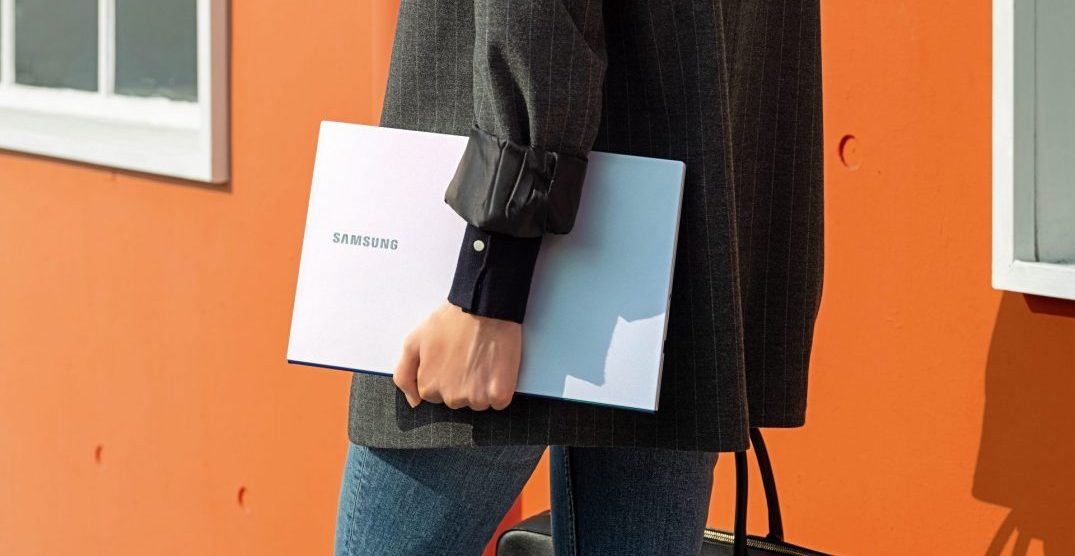 On Friday, Samsung revealed its newly minted lineup of Galaxy Book laptops that span three different levels of power and use.

To say that everyone is playing Apple’s game now is a bit of an oversimplification as it comes to technology company’s and their plans to develop and release new mobile computing technology. However, it can’t be ignored that many have adopted the “book” name for their flagship laptop products.

Luckily for the consumers, this heated battle for comfort, convenience, and usability leadership makes the laptop market a more fruitful place to shop. 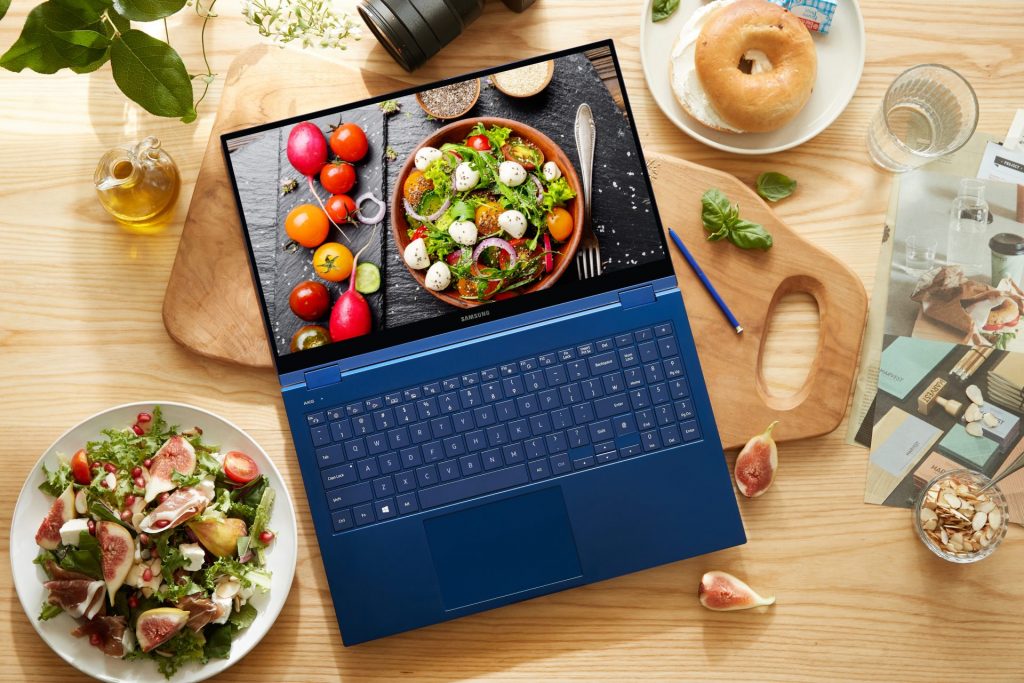 “We are excited to elevate the mobile computing experience… with three powerful and innovative devices,” said Jennifer Safruk, vice president of mobile business at Samsung Electronics Canada. “Combining performance with portability, users no longer need to choose between productivity and mobility.”

In a press event, Samsung broke down three upcoming devices aimed at everyday users to professionals that need a little bit more to get their work done.

Headlining the announcement is the Galaxy Book Flex, the ultimate option in their lineup for flexibility (pun intended), power, and usefulness.

Stacked with new 10th generation of Intel’s CPU, an astounding 19-hour battery life, along with touch and Bluetooth S Pen support, the Flex is Samsung’s swing at the currently popular loadout in the laptop space. 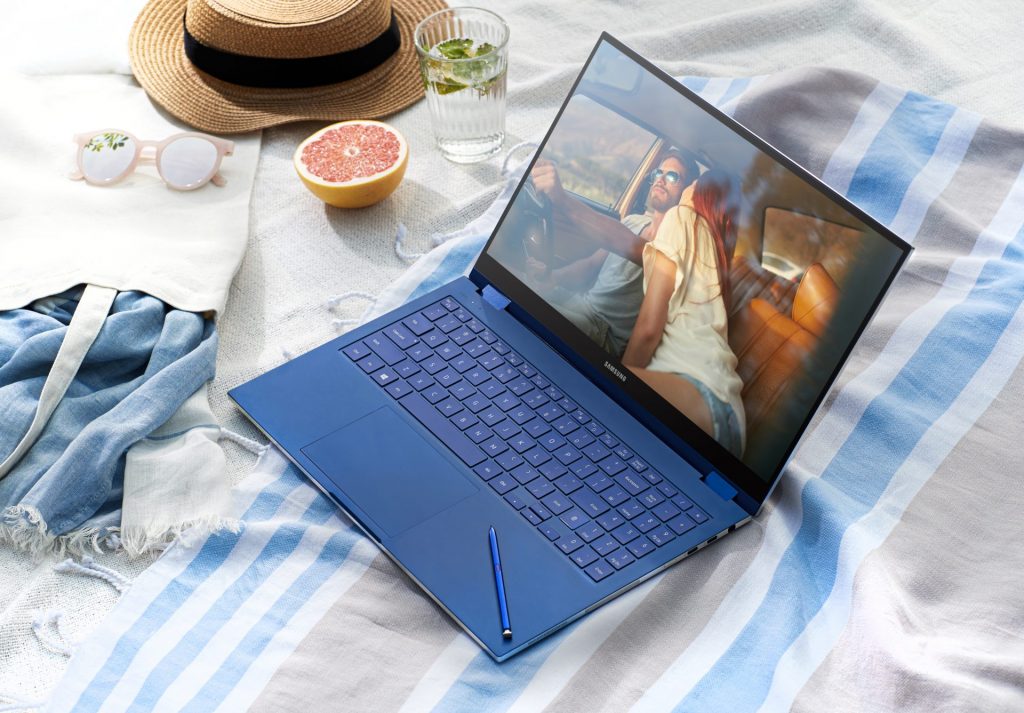 As an incredibly handy and modern bonus feature, the long battery life in the Samsung Galaxy Book Flex also has wireless powershare technology, allowing users to charge mobile devices and any other tech that is fitted to receive wireless power.

The new Galaxy Book products are sleek, useful, and solid options for those looking to get a new everyday portable PC. 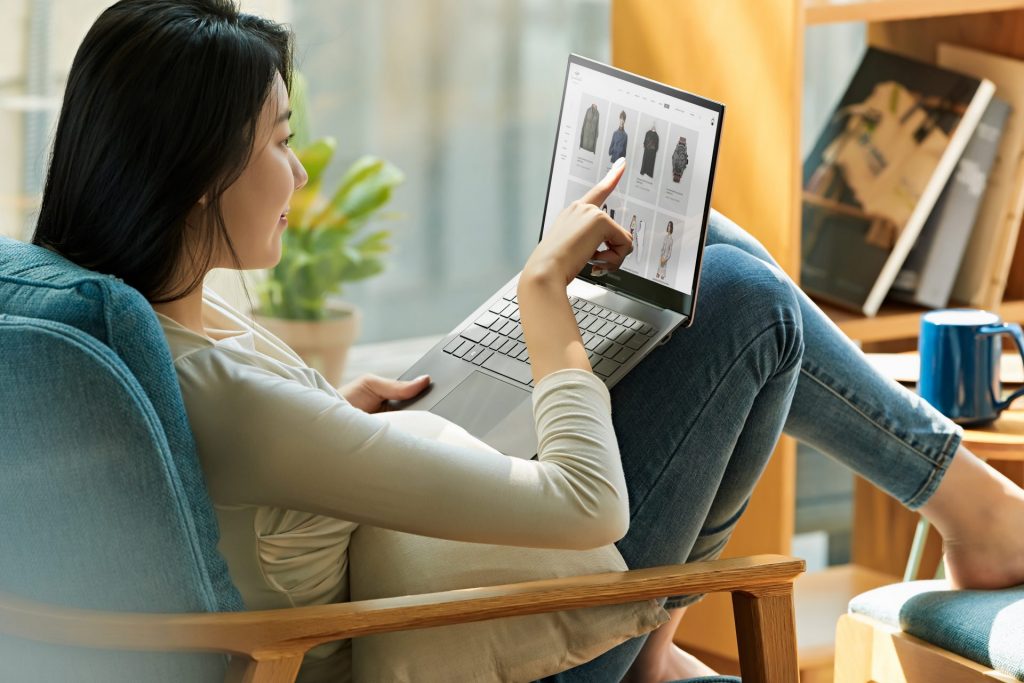 The Galaxy Book S is a workhorse of a laptop geared towards those who wish to have a fully capable unit that doesn’t come with too much flash or extras. Featuring modern Intel chips and a glamorous 13.3″ full-HD touchscreen, it’s a comfortable and powerful tool.

It’s incredibly thin, has only two USB-C ports, and weighs in at a little north of two pounds. This is the mobile sweetheart that packs enough punch to do the job, is wildly portable, and looks sharp enough to steal some glances.

The Samsung Galaxy Book S — which Samsung says will be available at a later date — will start at $449.99.

Samsung must be commended for bringing three ultra-tempting options to the party when it comes to this new lineup. Having only two would make it feel like a this-or-that situation, whereas the middle-ground tier provides consumers with an option for all needs.

The Ion isn’t simply the middle child, or bits of the Flex and a pinch of the S model. 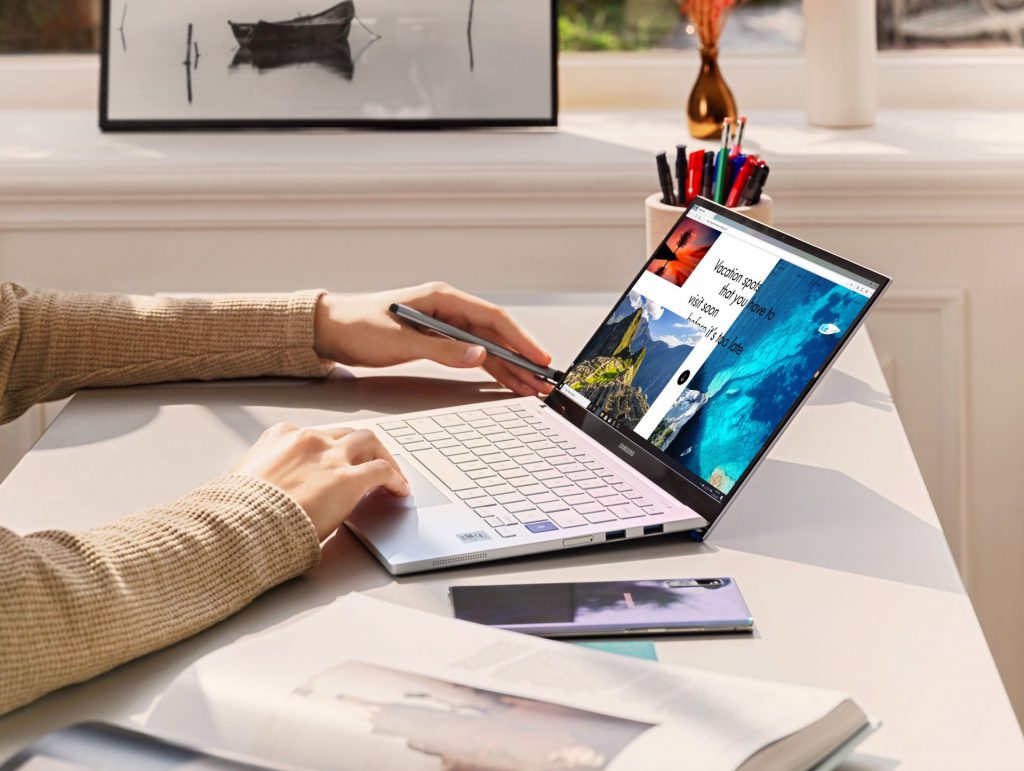 A baseline model of the Galaxy Book Ion featured the Intel Comet Lake 10th gen processor, and this is more than enough to do your everyday business. The QLED nearly bevel-free screen is dynamic in multiple lighting scenarios, and the chassis of this laptop is one of the prettiest shades of off-white, with Samsung’s signature blue iridescent trim.

Best of all, the Galaxy Book Ion is priced to be the middle ground between the S model and the Flex yet comes with available upgrade space for both internal storage and RAM, making it a purchase that doesn’t lock you into the par. 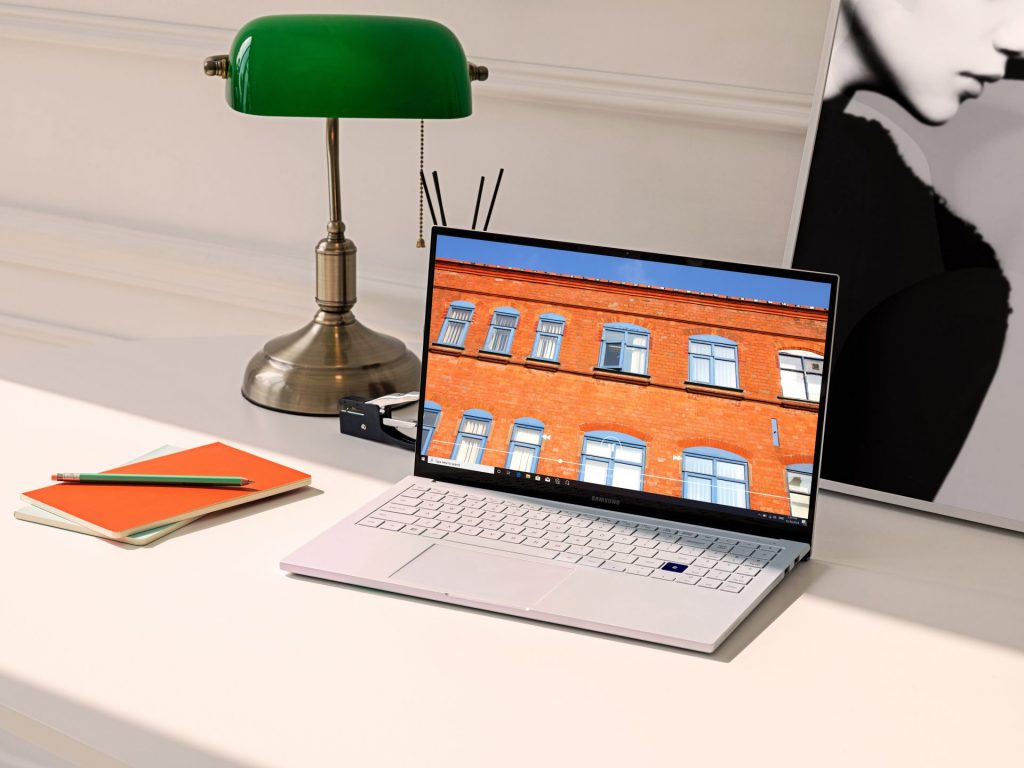 The newly announced lineup of Samsung Galaxy Book devices is a real treat (at the very least to look at). These are slim, thoughtfully designed, and extremely clean-looking machines.