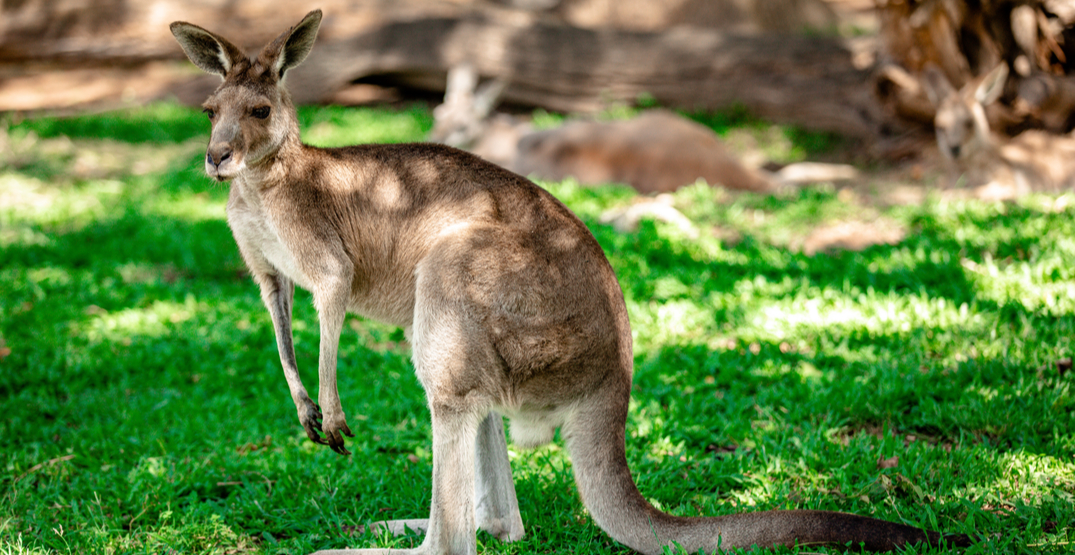 A baby kangaroo has hopped to its freedom and is now wandering somewhere in Snohomish county.

Early this morning, a young red kangaroo reportedly hopped out of a van in the 300 block of West Main Street in Monroe, according to Monroe Police.

The police have not released any further information, although they did share a recent photo of the joey.

Lost Kangaroo in Monroe – here is an actual photo pic.twitter.com/lE8UAqB6ij