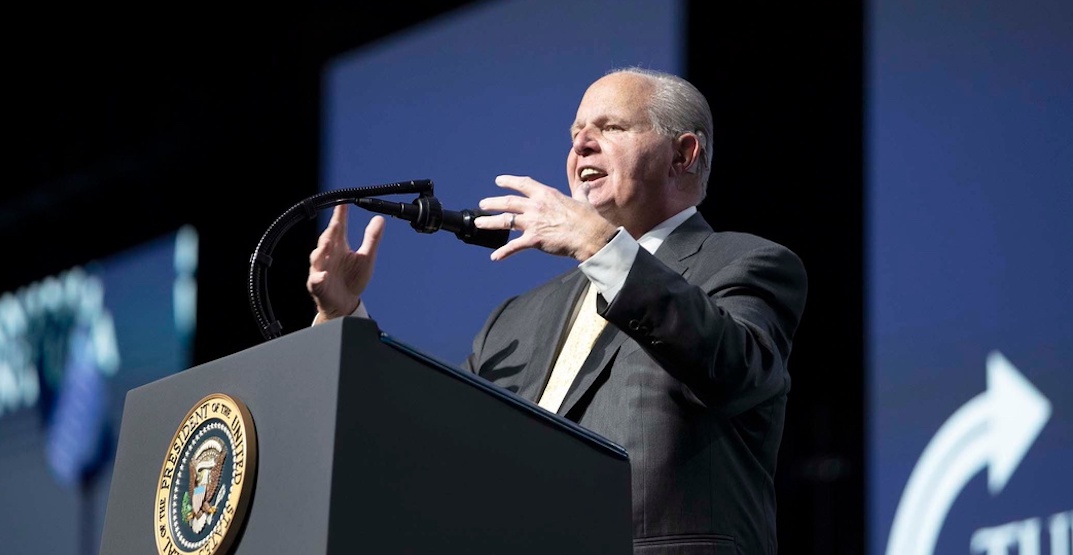 Rush Limbaugh has died at age 70.

“I know that I am most certainly not the Limbaugh that you tuned in to listen to today,” she said. “I, like you, very much wish Rush was behind this golden microphone right now, welcoming you to another exceptional three hours of broadcasting… It is with profound sadness I must share with you directly that our beloved Rush, my wonderful husband, passed away this morning due to complications from lung cancer.”

“Losing a loved one is terribly difficult, even more so when that loved one is larger than life,” she said. “Rush will forever be the greatest of all time.”

Limbaugh first announced his diagnosis of advanced lung cancer in February 2020 and continued to host his show while undergoing treatment.

A few days after his diagnosis, Limbaugh was awarded the Presidential Medal of Freedom by former President Donald Trump at the State of the Union address.