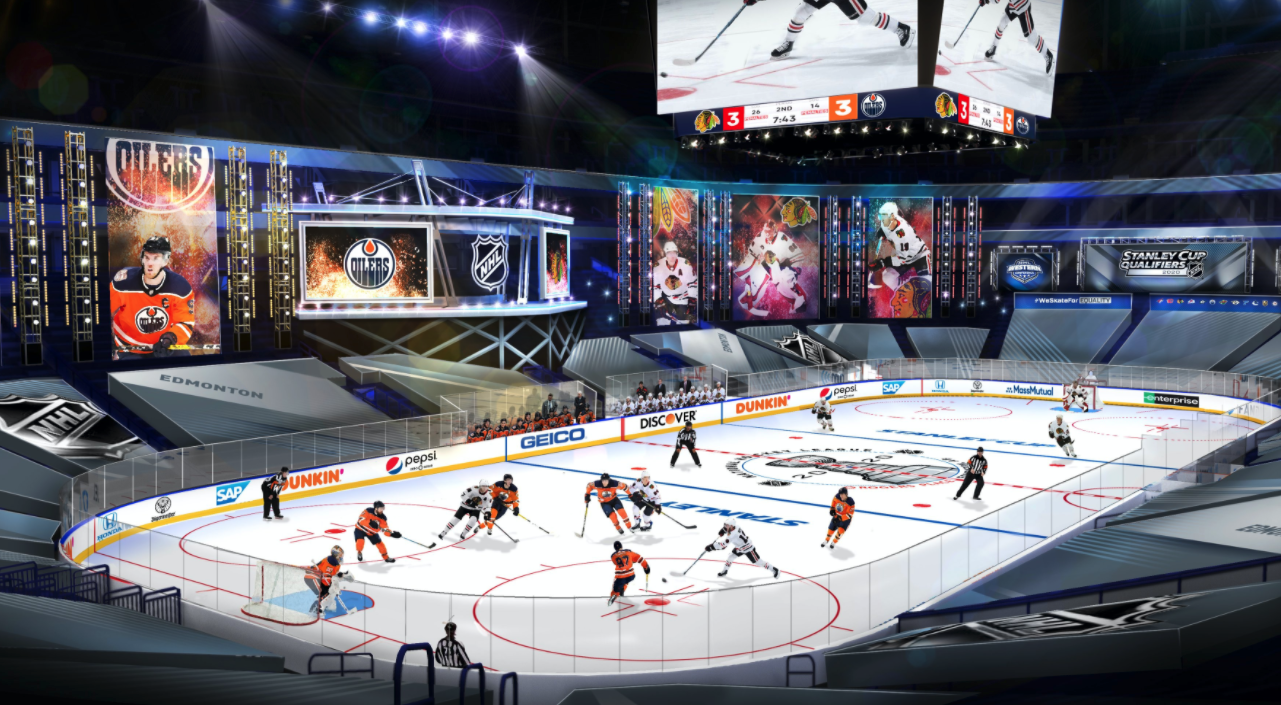 Get ready fans, the intermission is almost over.

The NHL has released a detailed description of what a return to hockey will be like in the Toronto and Edmonton hub cities.

“This is going to be an unusual, to say the least, endeavor,” NHL Commissioner Gary Bettman said about the league’s Return to Play Plan. “It will be challenging at times, but I assure you we, in conjunction with the [NHL] Players’ Association, who we work with every step of the way, are trying to do everything possible to make this an experience that hopefully, you’ll never forget, but in a good way.”

According to the NHL, the league already has staff members working the two hub cities, Toronto for the Eastern Conference and Edmonton for the Western Conference, to prepare for the arrival of 12 teams in each city this coming Sunday.

The league says there will be 12 exhibition games (six in each city) starting from this Tuesday through Thursday before play officially resumes on August 1 for the Stanley Cup Qualifiers. The Qualifiers will consist of two round-robins to determine the seeding for the Stanley Cup Playoffs, and the resulting eight best-of-5 series with the winners advancing to the playoffs.

Edmonton will host each conference final and the Stanley Cup Final, which is tentatively scheduled to begin September 22 and will end no later than October 4.

The NHL says it will conduct daily COVID-19 testing with results available within 24 hours.

The Secure Zone in Toronto will include BMO Field, which will be used for outdoor recreational activities, game viewing and dining options.

Three hotels in Edmonton (within walking distance of Rogers Place) will house all players, coaches, and staff, and two hotels in Toronto, one at Exhibition Place and the other near Scotiabank Arena, will do the same for players and personnel on the east coast, says the League.

The NHL states a “fencing system” has been set up at both bubbles which will run through both bubble spot to keep everyone inside and away from the general public. There will be 97 security guards and health ambassadors in Toronto and 125 in Edmonton.

NHL senior executive vice president and chief content officer Steve Mayer says restaurants have been set up to offer a “variety of food choices” that will open early in the morning until late at night for all players, staff, and coaches.

The NHL will use video, audio, and lighting to give every game a different look from previous games. LED screens, monitors, and stages will be set up around the ice to “create the unique television-friendly look.”

Sneak peek at what #StanleyCup games will look like. 👀 (📸: @PR_NHL) pic.twitter.com/9cMMiawoFb

According to Mayer, the NHL has goal songs, goal horn sounds, in-arena music compilations, and motivational videos for all competing 24 teams. Mayer says the NHL has produced special videos that will try to replicate the sounds and chants of different arenas

He adds that the NHL’s broadcast partners (NBC in Toronto and Sportsnet in Edmonton) will use 32 cameras per game, 12 more than normal, that will be repositioned in each building to bring the television audience visuals they “haven’t seen before.” The League is also partnered with EA Sports to use a “library of in-game sounds” to mimic that of real crowd noises.

“On August 1 is where we’re really going to make opening night a night to remember,” Mayer said.

“The idea was to have everything in place so when the teams did get here they were focusing on mainly what they’re here for,” said Kris King, NHL senior vice president of hockey operations.