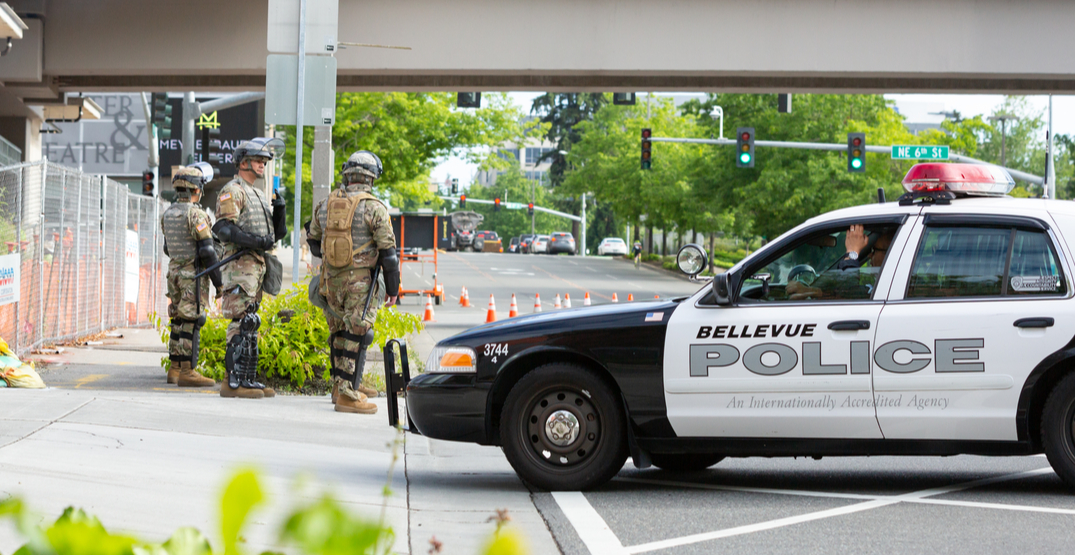 Bellevue police detectives have arrested or referred charges for 46 suspected looters who tore through downtown Bellevue during the May 31 riots.

According to the Bellevue Police Department, “most of the suspects are facing charges of Burglary 2, Possession of Stolen Property, and or Malicious Mischief.”

The detectives are currently combing through over 10,000 pieces of video evidence and are working to build “rock-solid cases with multiple levels of evidence” as they search for suspects.

“It’s a tedious and time-consuming process, but an important one. We will continue to investigate, identify, and hold those responsible for the destruction in downtown Bellevue,” says Major Travess Forbush.

Detectives are currently looking to the public to help identify two suspects who were seen entering Rite Aid on May 31. “One has curly red hair, and the other has a large tattoo on his forearm. Neither one is wearing a mask.”

If you have any information, submit a tip to Crime Stoppers of Puget Sound at 1-800-222-8477, and receive a cash reward of up to $1,000 if your tip identifies a suspect or leads to their arrest.