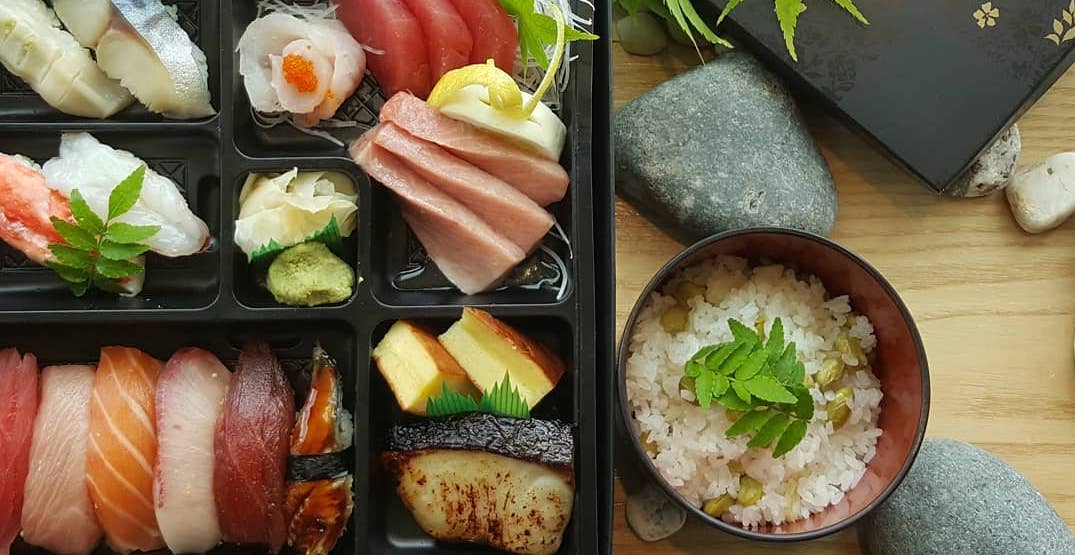 Since 1950, Chef Shiro Kashiba has blessed Seattle with his dare we say perfect sushi.

After years of apprenticeships in Tokyo under the watchful eye of sushi maestro, Jiro Ono, Chef Kashiba brought the Edo-mae style and “shun” (local & seasonal) philosophy of Japan to the Pacific Northwest.

Chef Kashiba has cooked for Japanese Prime Ministers, Fortune 500 CEOs, Hollywood celebrities, star athletes, served as Executive Chef for the Westin Hotels, and now he’s ready to cook for you at Sushi Kashiba.

Those looking to splurge and order the best of the best should go for the Kashiba Deluxe Omakase Dinner Box filled with the Chef’s choice of sushi and sashimi. The $100 box includes “mini” Una-ju and a sample of Chef Kashiba’s famous black cod and tamago, as well as special rice. Only 25 boxes are produced each day.

Those seeking dishes by the plate can enjoy oysters on the half shell, sunomono salad, sashimi tuna poke, ankimo, or ohitashi to start.

Then, move on to a la carte dishes such as chawan mushi egg custard, black cod kasuzuke, chicken karaage, broiled salmon, and more.

Those wanting a sushi course dinner that isn’t the omakase can chose the Peak meal for $85, which comes with 13 pieces nigiri and a four-piece special roll, as well as a house special appetizer, seasonal salad, miso soup, and traditional egg finale.

Sushi Kashiba is currently open Wednesday to Sunday from 5 to 9 pm.