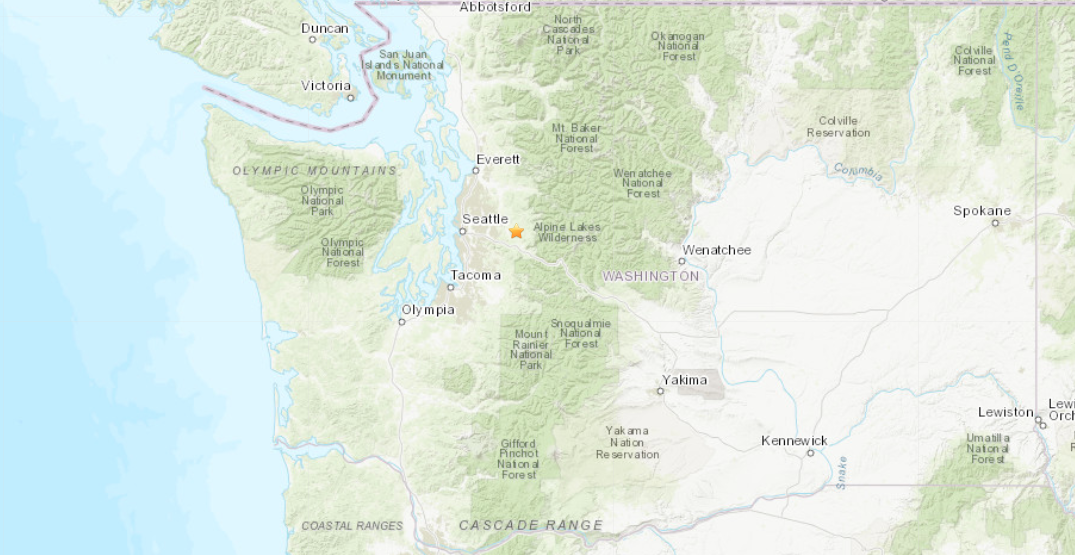 A magnitude 2.7 earthquake has struck Washington near Fall City, a city 34 miles from Seattle.

According to the US Geological Survey, the seismic event took place on January 9, at 9:20 am.

The depth of the quake was relatively shallow, at 15.4 km in depth. Based on the location of the earthquake, only 25 citizens in the area have responded to the USGS that they’d felt the earthquake.

So far in 2020, ten minor earthquakes have been reported by USGS, none of which causing damage.