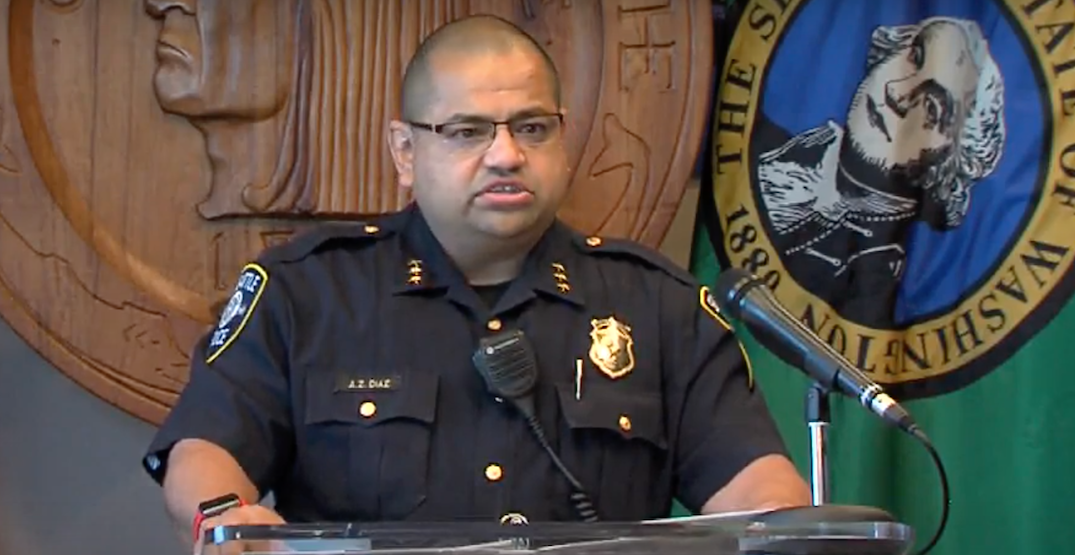 During Tuesday’s press conference, Diaz discussed the history of the country, and how it has “wrestled with the sin of slavery… every aspect of this society carries with it racism.”

“I know that we need to rebuild the trust… we will move forward to design a public safety model with the right resources.”

Diaz has been in the police force for 23 years and told the public that “my commitment to you is to include our collective voices in the weeks and months to come.”

When asked when she’d be looking for a permanent replacement for Best, Mayor Jenny Durkan announced that she will not be looking for the next chief this year.

She mentioned that it would not be wise to look for a new police chief, as “we don’t know what job they’d be applying for.”

With defunding discussions taking place, Durkan stated that the City needs to figure out what the Seattle Police Department is going to look like before hiring its new chief.