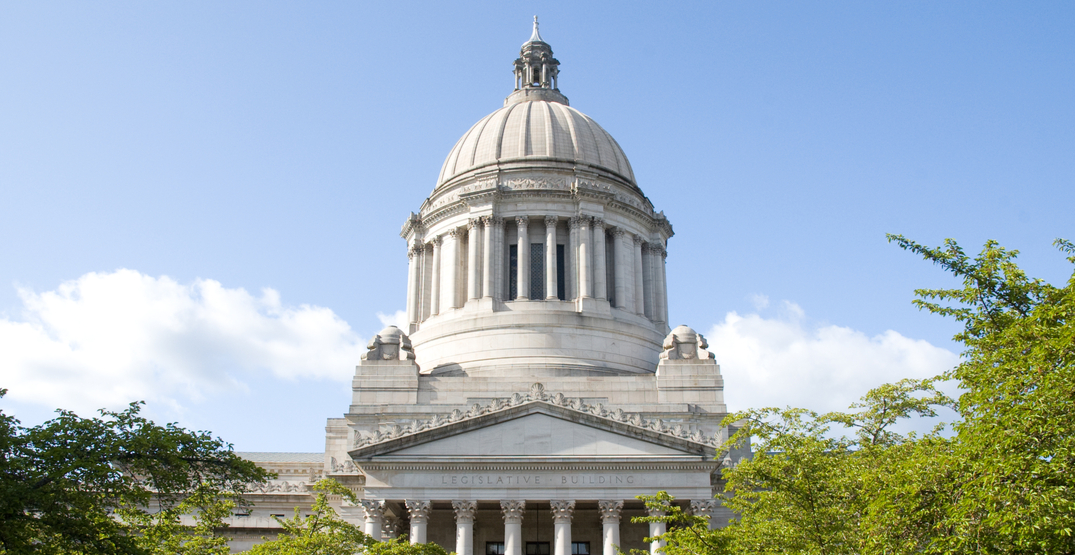 As protests in Washington, DC, become riots, demonstrations at the Washington State Capitol building in Olympia have started to form.

At around 12:45 pm, approximately 350 people were gathered around the Capitol, armed with flags.

[OLY 12:45pm] “approx 50 on the capitol at the intersection of 11/capitol, armed with flags and approx another 2-300 on the capitol steps, at this time i haven’t observed any opposing” #OlympiaProtest

At 1:06 pm, police scanners were reportedly searching for a suspect with descriptions for allegedly pepper spraying. Besides the report, the protest remains peaceful.

Good afternoon from the Washington State Capitol building in Olympia where hundreds have gathered for “Operation Occupy the Capitol.” #OlympiaProtest pic.twitter.com/SsqjqMCCh5

“What is happening at our country’s Capitol threatens our Country’s democracy and President Trump has stoked this insurrection with his lies, rhetoric, and open-season-attacks on our electoral process. We must not allow these acts to cancel our long-standing tradition of a peaceful transfer of power.

“It’s shameful that Trump supporters have disrupted Congress’ ability to certify the election results. These actions are the result of a desperate president trying to retain his power.

“It is time for our congressional leaders to uphold our democratic values by certifying this presidential election as soon as order is restored and honor their oath to defend the Constitution.  As elected leaders, we all have a responsibility to continue to denounce dangerous rhetoric and work to move our country forward towards progress and healing.

“While this is a confusing and dark day for many in our nation, I call upon all elected leaders, from small cities to statewide seats, to stand firm in our democratic values, and to lead in the coming months in a way that brings our divided nation together. We can, and must, heal these deeply-seated wounds for our country to not only survive, but prosper in this new decade.”