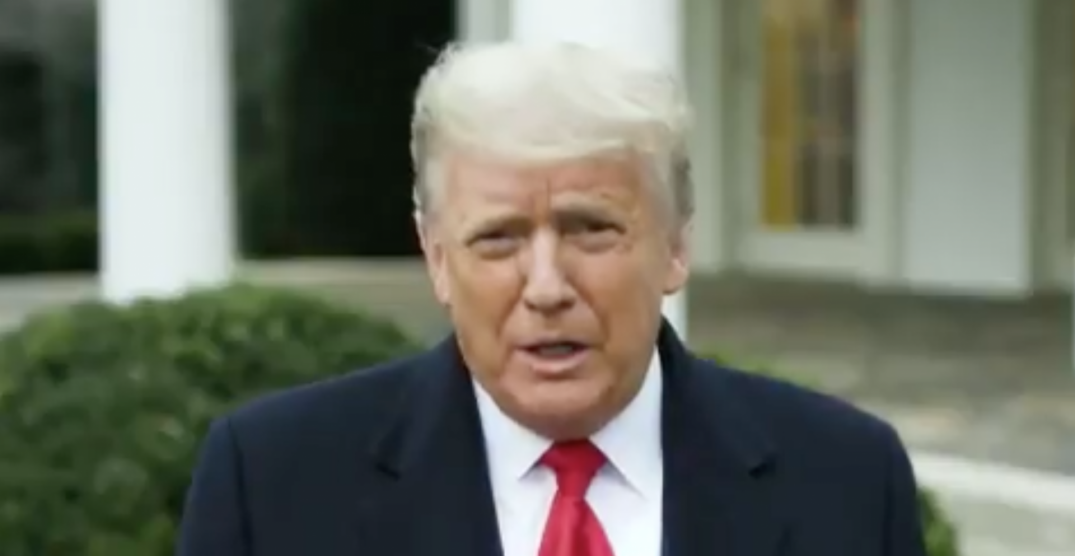 US President Donald Trump has called on members of a violent mob that stormed the Capitol in Washington, DC, Wednesday to pack up and go home.

However, he also inserted his familiar but unsupported claims of election fraud into the video, which got it flagged by Twitter. Trump’s video can’t be liked or replied to, only retweeted.

Trump also did not condemn his supporters for their violence, instead saying he understands how they feel.

“We love you, you’re very special … go home, and go home in peace.”

President-elect Joe Biden addressed the nation a few minutes earlier, saying he was “shocked and saddened” by the riot. He asked for calm in the US Capital, saying “enough is enough.”

Lawmakers were inside conducting a ceremonial vote count to affirm Biden’s win. The building had to be evacuated as the mob gained access.