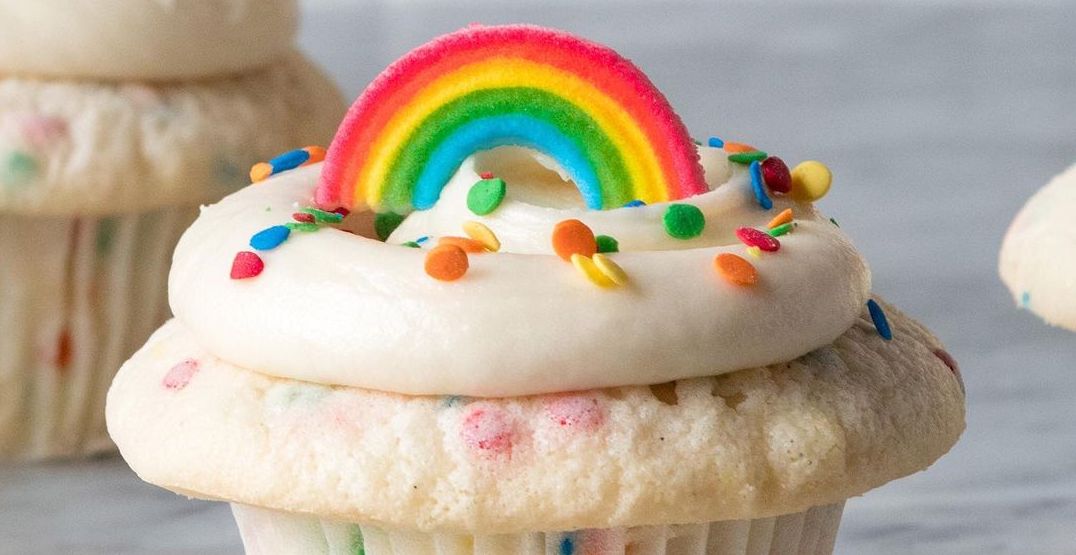 “Baby, we were baked this way” is how Cupcake Royale describes their Gay Cupcake.

Offered in singles or packs of 12, the Gay Cupcake features confetti and sugar rainbows stacked on top of a confetti cake.

In addition to the Gay Cupcake, those who prefer having chocolate cake and white vanilla buttercream can go for the rainbow dozen with sprinkles and rainbows rather than confetti.

Cupcake Royale also sells The Pride Dozen — a dozen confetti cakes topped with both summer and Pride-themed sugar toppers. Of course, the cupcakerie is still selling all of their usual cupcakes. But why go for those when you can quite literally fill yourself with cupcakes and rainbows.