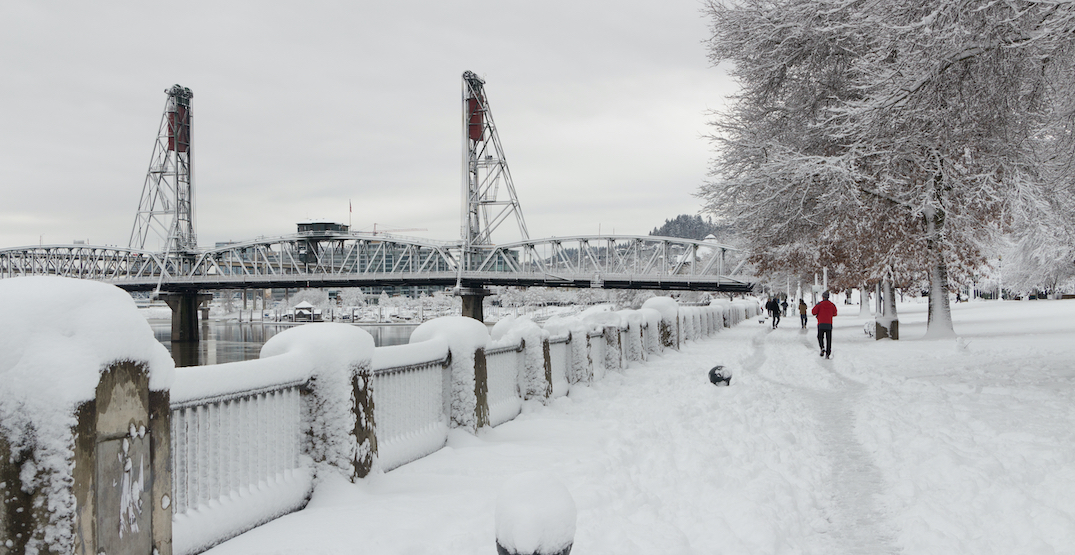 While Portland didn’t have a white Christmas, we were blessed with a surprise this morning, as Portlanders across the city woke up to snow.

The Interior lowlands and nearby hills of Southwest, Washington and Northwest Oregon, including the Greater Portland, Vancouver and Salem metro areas, were all affected.

Looks like some SNOW heading up into the Portland, OR metro area this morning. Plan travel accordingly as you are under a winter weather advisory. Temps just above freezing at the moment. #ORwx pic.twitter.com/UqdwXkK88G

While accumulations of snow more than one inch should generally be confined to high elevations, there may be spotty accumulations of one inch down to the valley floors, most likely near Columbia Gorge, according to an advisory sent out by the National Weather Service.

Portlanders are advised to plan for slippery road conditions for the rest of the day, especially in the hills. Sections of Interstate 5 will most likely be affected, particularly in spots of elevated terrain like the South Hills of Salem.

According to the National Weather Service, snow is expected to stop after 11 am today, after which rain is likely to follow, and the total daytime snow accumulation is expected to be less than one inch.

For the latest updates on the weather, check the NWS website here.

At about 300 feet in east Vancouver pic.twitter.com/L2UmbO3b2t