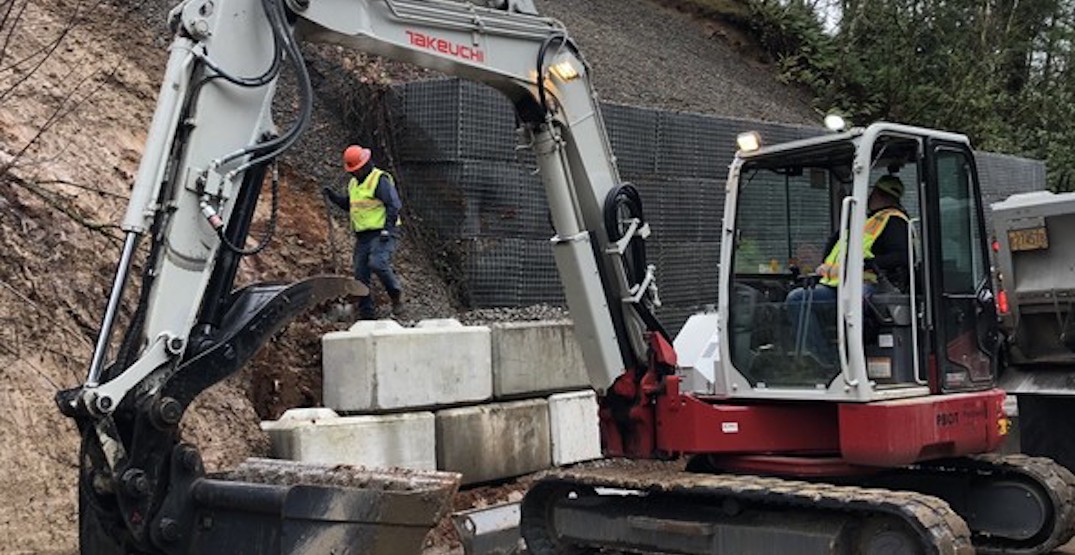 The eastbound lane of West Burnside will remain closed between Barnes Road and Skyline Boulevard for at least several more days, the Portland Bureau of Transportation announced yesterday.

According to a press release, PBOT engineers and maintenance crews have been monitoring the area of an active landslide, which poses significant risk to drivers.

The public is advised to avoid the area while traveling, and if eastbound travel through the area is needed, PBOT is advising drivers to follow a signed detour along SW Barnes Road and Skyline Boulevard. 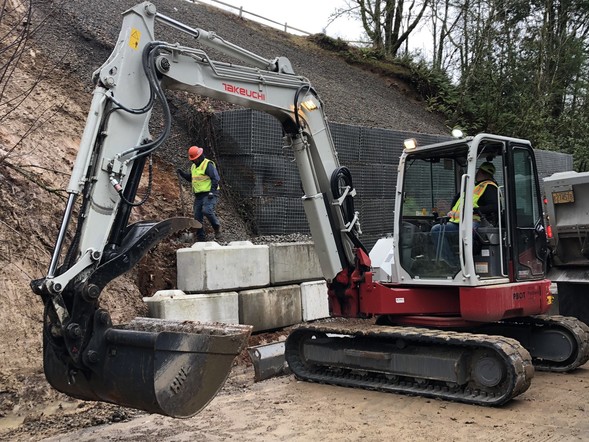 The landslide was first reported on Friday morning, and while PBOT crews closed off the area to remove debris, and create a catchment area, during inspections yesterday, the engineers determined that debris had continued to fall from the slide over the weekend. The slide remains active, with cracks at the top of the scarp that indicate a threat to public safety, according to the release.

PBOT is advising everyone to avoid the area if possible and expect delays, in addition to following signage and using alternative routes.